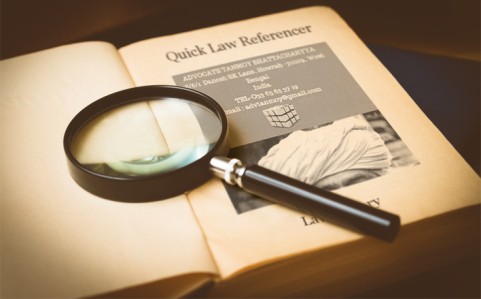 ” that with the growth of the welfare State, new forms of property in the shape of Govt. largess are developing, since the Government is increasingly assuming the rule of regulator and dispenser of socialservices and provider of a large number of benefits including jobs, contracts, licences, quotas, mineral rights etc. There is increasing expansion of the magnitude and range of governmental functions, as we move closer to the welfare State, and the result is that more and more of our wealth consists of these new forms of property. Some of these forms of wealth may be in the nature of legal rights but the large majority of them are in the nature of privileges. The law has however not been slow to recognise the importance of this new kind of wealth and the need to protect individual interest in it and with that end in view, it has developed new forms of protection. Some interests in Government largess, formerly regarded as privileges, have been recognised as rights, while others have been given legal protection not only by forging procedural safeguards but also by confining, structuring and checking Government discretion in the matter of grant of such largess. The discretion of the Government has been held to be not unlimited in that the Government cannot give largess in its arbitrary discretion or at its sweet will or on such terms as it chooses in its absolute discretion. There are two limitations imposed by law which structure and control the discretion of the Government in this behalf. The first is in regard to the terms on which largess may be granted and the other, in regard to the persons who may be recipients of such largess.

So far as the first limitation is concerned, it flows directly from the thesis that, unlike private individual, the State cannot act as it pleases in the matter of giving largess. Though ordinarily a private individual would be guided by economic considerations of self-gain in any action taken by him, it is always open to him under the law to act contrary to his self-interest or to oblige another in entering into a contract or dealing with his property. But the Government is not free to act as it likes in granting largess such as awarding a contract or selling or leasing out its property.