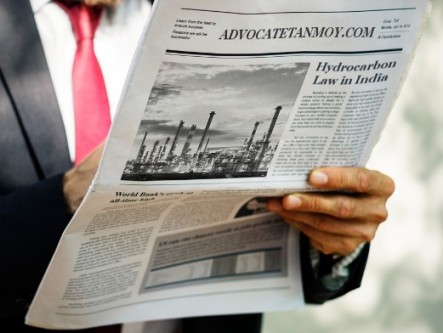 It is hereby enacted as follows:-

1. Short title, extent and commencement.
(1) This Act may be called the Oilfields (Regulation and Development) Act, 1948.
(2) It extends the whole of India.
(3) It shall come into force on such date as the Central Government, by notification in the Official Gazette, appoint in this behalf.

2. (Declaration as to expediency of control by Central Government).
Repealed

3. Definitions.
In this Act, unless there is anything repugnant in the subject or extent.
(a) The expression “lessor” and “lessee” respectively incllude a licensor and licensee;
(b) “mine” means any excavation for the purpose of searching for or obtaining mineral oils and includes an oil-well;
(c) “Mineral oils” include natural gas and petroleum;
(d) “mining lease” means a lease granted for the purpose of searching for, winning, working, getting, making merchantable, carrying away or disposing of mineral oils or for purpose connected therewith, and includes an exploring or a prospecting license;

(e) “oilfield” means any area where any operation for the purpose of obtaining natural gas and petroleum, crude oil, refined oil, partially refined oil and any of the products of petroleum in a liquid or solid state, is to be or is being carried on.

(2) Any mining lease granted contrary to the provision of sub-section (1) shall be void and of no effect.

(1) The Central Government may, by notification in the Official Gazette, make rules for regulating the grant of mining leases or for prohibiting the grant of such leases in respect of any mineral oil or any area.
(2) In particular, and without prejudice to the generality of the foregoing power, such rules may provide for all or any of the following matters, namely:-
(a) the manner in which, the mineral oils or areas in respect of which and the persons by whom, applications for mining lease may be made and fees to be paid on any such applications;
(b) the authority by which, the terms on which, and the conditions subject to which, mining leases may be granted;
(c) the maximum or minimum area and the period for which any mining
lease may be granted and the terms on which leases in respect of
contiguous areas may be amalgamated;
(d) the fixing of the maximum and minimum rent payable by a lessee, whether the mine is worked or not.

6. Power to make rules as respects development of mineral oil.
(1) The Central Government may, by notification in the Official Gazette make rules for the conservation and development of mineral oils.
(2) In particular, and without prejudice to the generality of the foregoing power, such rules may provide for all or any of the following matters, namely:-
(a) & (b) omitted
(c) the development of any mineral oil resources in any area by prescribing or regulating the use of any engines, machinery or other equipment;
(d) the regulation of the drilling, redrilling, deepening, shutting down, plugging and abandoning of oil-wells in an oilfield and for the limitation or prohibition of such operations and for the taking of remedial measures to prevent waste of or damage to oil;

(e) the regulation of methods of providing oil in any oilfield, and the limitation or prohibition of such methods;
(f) the compulsory notification of all new boring and shaft sinking, and the preservation of boring records and specimens of cores of all new bore-holes;
(g) the taking of samples from mines and new boreholes;
(h) the regulation of the arrangements for the storage of mineral oils and the stocks thereof that may be kept by any person;
(i) the collection of royalties, and the levy and collection of fees or taxes, in respect of mineral oils mined, quarried, excavated or collected.
(j) the submission by the owners or lessees of mines of special or periodical returns and reports, and the forms in which and the authorities to whom such returns and reports shall be submitted.

6A Royalties in respect of mineral oils.

Provided that the Central Government shall not fix the rate of royalty in
respect of any mineral oil so as to exceed twenty per cent of the sale price of the
mineral oil at the oilfields or the oil well-head, as the case may be.
(5) If the Central Government, with a view to encourage exploration in
offshore areas, is satisfied that it is necessary in the public interest to do so, it
may, by notification in the Official Gazette, exempt generally, either absolutely or
subject to such conditions as may be specified in the notification, mineral oil
produced from such areas from the whole or any part of the royalty leviable
thereon.

7. Power to make rules for modification of existing leases.

(1) The Central Government, may, by notification in the Official
Gazette, make rules for the purpose of modifying or altering the terms and
conditions of any mining lease granted prior to the commencement of this Act so
as to bring such lease into conformity with the rules made under sections 5 & 6;
Provided that any rules so made which provide for the matters
mentioned in clause (c) of sub-section (2) shall not come into force until they
have been approved, either with or without modifications, by the House of the People.
(2) The rules made under sub-section (1) shall provide-
(a) for giving previous notice of the modification or alteration proposed
to be made thereunder to the lessee, and where the lessor is not
the Central Government, also to the lessor, and for affording them
an opportunity or showing cause against the proposal;
(b) for the payment of compensation by the party who would be
benefited by the proposed modification or alteration to the party
whose rights under the existing lease would thereby be adversely
effected; and
(c) for the principles on which, the manner in which and the authority
by which the said compensation shall be determined.

8. Delegation
The Central Government may, by notification in the Official Gazette, direct that any power exercisable under this Act shall be exercised, subject to such conditions, if any, as may be specified therein by such officer or authority as may be specified in the direction.

10. Laying of rules and notifications.

11. Power to inspection.
(1) For the purpose of ascertaining the position of the working , actual or prospective, of any mine or abandoned mine or for any other purpose mentioned in this Act or the rules made thereunder, any officer  authorised by the Central Government in this behalf shall have the right to:-
(a) enter and inspect any mine;
(b) order the production of any document, book, register or
record in the possession or power of any person having
the control of or connected with, any mines;
(c) examine any person having the control of, or connection
wity, any mine.
(2) Any Officer authorised by the Central Government under
sub-section (1) shall be deemed to be a public servant within the
meaning of section 21 of the Indian Penal Code.

12. Relaxation of rules in special cases.
The Central Government may, if satisfied that it is in the public interest so to do, authorise in any case the granting of any mining lease or the working of any mine or terms and conditions different from those laid down in the rules made under Section 5 and 6.

14. Protection of action taken in good faith.
No suit, prosecution or other legal proceeding whatever shall lie against any person for anything which is in good faith done or intended to be done under this Act.