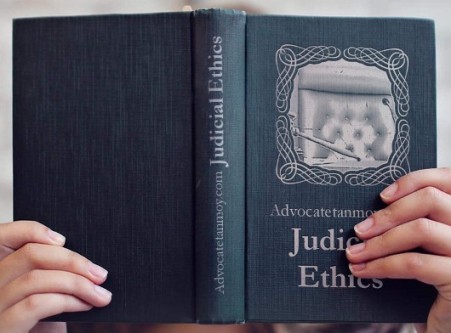 A judge should discourage ex parte hearings of applications for injunctions and receiverships where the order may work detriment to absent parties; he should act upon such ex parte applications only where the necessity for quick action is clearly shown; if this be demonstrated, then he should endeavor to counteract the effect of the absence of opposing counsel by a scrupulous cross-examination and investigation as to the facts and the principles of law on which the application is based, granting relief only when fully satisfied that the law permits it and the emergency demands it. He should remember that an injunction is a limitation upon the freedom of action of defendants and should not be granted lightly or inadvisedly. One applying for such relief must sustain the burden of showing clearly its necessity and this burden is increased in the absence of the party whose freedom of action is sought to be restrained even though only temporarily.[CANON OF JUDICIAL ETHICS- American Bar Association-Black’s Law Dictionary 4th Ed]

October 10, 2021
Qualities that a Judge must possess

Qualities that a Judge must possess