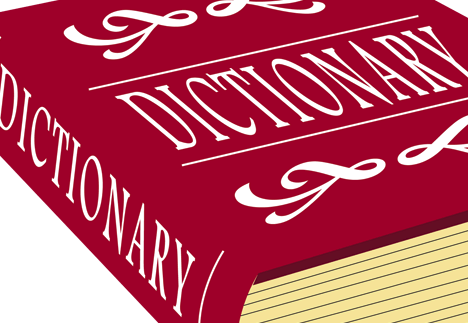 About the meaning of the word “exhibit”, a question rose before the Calcutta High Court in the case of Rakhaldas Pramanick v. Sm. Shantilata Ghose and others ­ AIR 1956 Calcutta 619 wherein it is made clear that “Exhibit” means a document exhibited for the purpose of being taken into consideration in deciding some question or other in respect of the proceeding in which it is filed. Let me therefore make it clear that the document when it is exhibited, the Court, while exhibiting the same does not finally decide the rights of the parties, or form any opinion, or express any opinion on the document or on the point that arises for consideration. In short, no legal complexion is given to the issues that arise for consideration. After the hearing is over, while finally adjudicating, the Court is free to discard a particular document holding that it was not duly proved or holding that the document was partly proved namely, execution alone thereof was proved, but as the contents thereof were not proved, the same cannot be taken into account. If either of the parties later on files during the course of the hearing an application to expunge the document admitted in record, the court may hearing the parties expunge the same if it finds that the document is not legally and correctly proved & exhibited. In short, by exhibiting the document merits or demerits thereof are not dissected, and the rights and obligations of the parties are not finally decided, or legal complexion is not given to the issue that arises for consideration as giving exhibit to the document is the procedural aspect of the matter and it merely shows that document is formally proved. The rights & obligations of the parties are to be decided while finally appreciating the evidence for the purpose of 22 of 50pronouncing final verdict. In view of the matter, the order passed, admitting the letters and greeting cards, in evidence can be said to be the interlocutory order.

Some of the decisions on the point in support of my such view may be referred to. In the case of Indra Nath Guha v. State of West Bengal ­ 1979 Cri. L.J. NOC 129 (CAL.),when likewise question was raised with regards to the admissibility of the oral evidence, it is held that the order concerning the admissibility of oral evidence is an interlocutory order and not the final order. This decision can mutatis mutandis be made applicable to the documentary evidence also. The Allahabad High Court in the case of Bhaiyalal v. Ram Din ­ AIR 1989 Allahabad 130 has held that by mere fact the document is exhibited, it does not follow that the Court stands precluded from examining the question on the basis of evidence led by the parties whether the document in question was exempted by the party by which it purports to have been executed. The fact that document is exhibited, it merely establishes that it has been formally proved. But where the execution of the document is challenged, the court of fact is clearly entitled to weigh the evidence led by the parties and decide whether the document was really executed by the party alleged to have executed the same. In Manohar Nath Sher v. State of J. & K. ­ 1980 CRI. L.J. 292, it is held that order allowing or disallowing the production of the document does not put an end to proceedings in which the order is made. Such an order is only a step in the proceeding and it relates to a procedural matter and does not purport to decide the rights of the parties. Such an order is the interlocutory order and revision against the same is not maintainable. The High Court of Lahore in Robert Cameron Chamarette v. Mrs. Phyllis Ethel Chamarette ­ A.I.R. 1937 Lahore 176 has held that admissibility of a particular evidence is the interlocutory order which can subsequently be held to be inadmissible though ofcourse it is not so done often. All these decisions abundantly make it clear that the document if exhibited by the Court passing the order, the order which is passed would be the interlocutory order and not the final order determining the rights and liabilities of the parties finally because subsequently either of the parties can question the genuineness of the document and in that case it is open to the Court to accept or discard the document having due regards to the facts and circumstances on record.