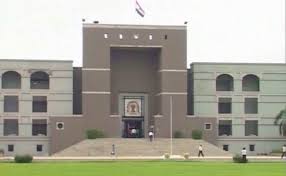 ‘Live-in relationship’ without parents’ consent not illegal, only requirement being ‘majority’ and ‘free consent’

IN THE HIGH COURT OF GUJARAT AT AHMEDABAD

1. Rule. Ms.Jirga D. Jhaveri, learned Additional Public Prosecutor waives service of notice of Rule for respondents Nos.1 to 3. Respondents Nos.4, 5 and 6 are resent in person and have appeared before the Court.

2. This Habeas Corpus petition under Article­226 of the Constitution of India has been preferred by the  petitioner, who is the mother of the corpus, Sabiya, with a prayer to issue directions upon the respondents to produce her daughter, aged twenty years, before this Court.

4. It is stated in the petition that the petitioner got a phone call from Mobile No.9173501212 from respondent No.5, the brother of respondent No.4, threatening her to pay an amount of Rs.5,00,000/­, failing which they would sell her daughter. The petitioner lodged a Janvajog entry at Isanpur Police Station on 01.09.2017, which was registered as 63/2017. Thereafter, the petitioner also sent a fax message to the Commissioner of Police, Ahmedabad, on 24.10.2017. The Janvajog entry is not produced on the record of the petition till date. However, the Fax Message to the Commissioner of Police is produced as Annexure­A to the petition and contains no averment regarding the alleged ransom demand. According to the petitioner, as her daughter has been abducted and she apprehends a serious threat to her life, she is constrained to approach this Court by way of the present petition.

6. Ms.Jirga D. Jhaveri, learned Additional Public Prosecutor submits that upon an advance copy of the petition being served, the Police authorities have traced the corpus and respondent No.4, who are present in the Court today.

7.Though the petition was directed to be listed on 15.12.2017, however, a request is made by the learnedAdditional Public Prosecutor to take up the matter today, as the corpus is present. Accordingly, we have informed Mr.Bhavik P. Shah, learned advocate for the petitioner and directed the Registry to prepare a
separate Board.

11. Respondent No.6, father of respondent No.4 as well as his mother (who is not arrayed as a party in the petition) have been informed regarding the decision of the corpus and their son, respondent No.4.

12. Upon asking the corpus whether she would like to speak to her mother, she initially refused to do so. However, later she agreed and she spoke to the petitioner. The corpus has informed the petitioner that she does not want to go home and wants to go with respondent No.4, with whom she has lived for the last three months. She has stated that she cannot live without respondent No.4.

14. Both the corpus and respondent No.4 have denied making any telephone call to the petitioner for the alleged demand of ransom money. Apart from general averments, no material in support of this allegation has been placed on record by the petitioner. Even the Fax Message to the Police Commissioner does not contain such an allegation. Had it been true, the petitioner would definitely have stated so. We are of the view that such averments have been introduced in the petition only to give a more serious colour to the
matter.

15. The Court is faced with a situation where the corpus is aged twenty years and respondent No.4, with whom she has willing and voluntarily gone, has just completed eighteen years of age and is not yet twenty-one years. However, both of them are adults. The corpus and respondent No.4 are adamant in their stand that they would like to live with each other till such time that they can get married. They state that they may be permitted to leave the Court in each other’s company.

17. We have considered the aspect that the corpus is an adult and is capable of taking her own decisions regarding her life and future. She has voluntarily chosen to go with respondent No.4, knowingly, in spite of the opposition from her parents and the parents of respondent No.4. Respondent No.4 is equally adamant to stay with the corpus. We, therefore, have no other option but to permit the corpus and respondent No.4 to leave together.

18. Accordingly, the corpus and respondent No.4 have left the Court premises together. The Police authorities may escort them to the Railway Station as per their request.

19. The petition is disposed of, in the above terms.