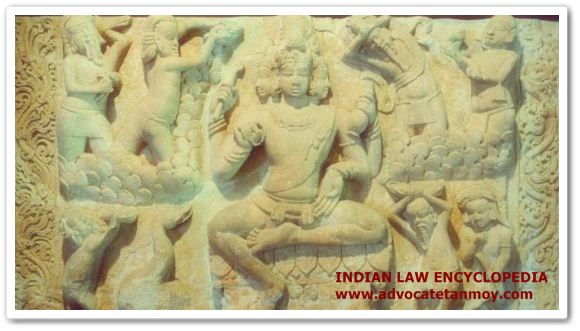 The expression `colour of duty’ must now be examined in the facts of this case. In Venugopal’s case (supra), this Court held as under:

It is easy to see that if the act complained of is wholly justified by law, it would not amount to an offence at all in view of the provisions of Section 79 of the Indian Penal Code. Many cases may however arise wherein acting under the provisions of the Police Act or other law conferring powers on the police the police officer or some other person may go beyond what is strictly justified in law. Though Section 79 of the Indian Penal Code will have no application to such cases, Section 53 of the Police Act will apply. But Section 53 applies to only a limited class of persons. So, it becomes the task of the Court, whenever any question whether this section applies or not arises to bestow particular care on its decision. In doing this it has to ascertain first what act is complained of and then to examine if there is any provision of the Police Act or other law conferring powers on the police under which it may be said to have been done or intended to be done. The Court has to remember in this connection that an act is not “under” a provision of law merely because the point of time at which it is done coincides with the point of time when some act is done in the exercise of the powers granted by the provision or in performance of the duty imposed by it. To be able to say that an act is done “under” a provision of law, one must discover the existence of a reasonable relationship between the provisions and the act. In the absence of such a relation the act cannot be said to be done “under” the particular provision of law.

This judgment was followed in Narhar Rao’s case (supra). This Court, while dealing with the question as to whether the acceptance of a bribe by a police official with the object of weakening the prosecution case could be said under to be under `colour of duty’ or in excess of his duty, observed as under:

But unless there is a reasonable connection between the act complained of and the powers and duties of the office, it cannot be said that the act was done by the accused officer under the colour of his office. Applying this test to the present case, we are of the opinion that the alleged acceptance of bribe by the Respondent was not an act which could be said to have been done under the colour of his office or done in excess of his duty or authority within the meaning of Section 161(1) of the Bombay Police Act. It follows, therefore, that the High Court was in error in holding that the prosecution of the Respondent was barred because of the period of limitation prescribed under Section 161(1) of the Bombay Police Act. The view that we have expressed is borne out by the decision of this Court in State of Andhra Pradesh v. N. Venugopal, AIR 1964 SC 33, in which the Court had construed the language of a similar provision of Section 53 of the Madras District Police Act (Act 24 of 1859). It was pointed out in that case that the effect of Section 53 of that Act was that all prosecutions whether against a police officer or a person other than a police officer (i.e. a member of the Madras Fire Service, above the rank of a fireman acting under Section 42 of the Act) must be commenced within three months after the act complained of, if the act is one which has been done or intended to be done under any of the provisions of the Police Act. In that case, the accused police officers were charged under Ss.348 and 331 of the Indian Penal Code for wrongly confining a suspect Arige Ramanua in the course of investigation ad causing him injuries. The accused were convicted by the Sessions Judge under Ss.348 and 331 of the Indian Penal Code but in appeal the Andhra Pradesh High Court held that the bar under Section 53 of the Police Act applied and the accused were entitled to an Acquittal. It was, however, held by this Court that the prosecution was not barred under Section 53 of the Police Act, for it cannot be said that the acts of beating a person suspected of a crime or confining him or sending him away in an injured condition by the police at a time when they were engaged in investigation are acts done or intended to be done under the provisions of the Madras District Police Act or Code of Criminal Procedure or any other law conferring powers on the police. The appeal was accordingly allowed by this Court and the Acquittal of the Respondent set aside.

Both these judgments were followed in Atma Ram’s case (supra) where the question was as to whether the action of a Police Officer in beating and confining a person suspected of having stolen goods in his possession could be said to be under colour of duty. It was held as under:

The provisions of Ss.161 and 163 of the Code of Criminal Procedure emphasize the fact that a police officer is prohibited from beating or confining persons with a view to induce them to make statements. In view of the statutory prohibition it cannot, possibly, be said that the acts, complained of, in this case, are acts done by the Respondents under the colour of their duty or authority. In our opinion, there is no connection, in this case between the acts complained of and the office of the Respondents and the duties and obligations imposed on them by law. On the other hand, the alleged acts fall completely outside the scope of the duties of the Respondents and they are not entitled, therefore, to the mantle of protection conferred by Section 161 (1) of the Bombay Police Act.

Similar views have been expressed in Bhanuprasad Hariprasad Dave’s case wherein the allegations against the police officer was of taking advantage of his position and attempting to coerce a person to give him a bribe. The plea of colour of duty was negatived by this Court and it was observed as under:

All that can be said in the present case is that the first Appellant a police officer, taking advantage of his position as a police officer and availing himself of the opportunity afforded by the letter Madhukanta handed over to him, coerced Ramanlal to pay illegal gratification to him. This cannot be said to have been done under colour of duty. The charge against the second Appellant is that he aided the first Appellant in his illegal activity.

These judgments have been considered by Supreme Court this Court in Professor Sumer Chand’s case  which has been relied upon by both sides. In this case, Professor Sumer Chand and several others were brought to trial initiated on a first information report but were acquitted by the trial court. Professor Sumer Chand thereupon filed a suit against the Investigating officer and other police officials for malicious prosecution claiming ` 3 Lacs as damages. This Court held that the prosecution had been initiated on the basis of a First Information Report and it was the duty of a Police Officer to investigate the matter and to file a charge-sheet, if necessary, and that there was a discernible connection between the act complained of by the Appellant and the powers and duties of the Police Officer. This Court endorsed the opinion of the High Court that the act of the Police Officer complained of fell within the description of `colour of duty’.