WHEREAS the Process, Practice, and Mode of Pleading in the Superior Courts of Common Law at Westminster may be rendered more simple and speedy :

Be it enacted by the Queen’s most Excellent Majesty, by and with the Advice and Consent of the Lords Spiritual and Temporal, and Commons, in this present Parliament assembled, and by the Authority of the same, as follows :

Only Active legal provisions have been given below

210 Proceedings in ejectment by landlord for nonpayment of rent.

In all cases between landlord and tenant, as often as it shall happen that one half year’s rent shall be in arrear, and the landlord or lessor, to whom the same is due, hath right by law to re-enter for the nonpayment thereof, such landlord or lessor shall and may, without any formal demand or re-entry, serve a writ in ejectment for the recovery of the demised premises,, which service .  shall stand in the place and stead of a demand and re-entry; and in case of judgment against the defendant for nonappearance, if it shall be made appear to the court where the said action is depending, by affidavit, or be proved upon the trial in case the defendant appears, that half a year’s rent was due before the said writ was served, and that either of the conditions in section 210A was met in relation to the arrears], and that the lessor had power to re-enter, then and in every such case the lessor shall recover judgment and execution, in the same manner as if the rent in arrear had been legally demanded, and a re-entry made; and in case the lessee or his assignee, or other person claiming or deriving under the said lease, shall permit and suffer judgment to be had and recovered on such trial in ejectment, and execution to be executed thereon, without paying the rent and arrears, together with full costs, and without proceeding for relief in equity within six months after such execution executed, then and in such case the said lessee, his assignee, and all other persons claiming and deriving under the said lease, shall be barred and foreclosed from all relief or remedy in law or equity, other than by bringing error for reversal of such judgment, in case the same shall be erroneous; and the said landlord or lessor shall from thenceforth hold the said demised premises discharged from such lease; ; provided that nothing herein contained shall extend to bar the right of any mortgagee of such lease, or any part thereof, who shall not be in possession, so as such mortgagee shall and do, within six months after such judgment obtained and execution executed pay all rent in arrear, and all costs and damages sustained by such lessor or person entitled to the remainder or reversion as aforesaid, and perform all the covenants and agreements which, on the part and behalf of the first lessee, are and ought to be performed.

211 Lessee proceeding in equity not to have injunction or relief without payment of rent and costs.

In case the said lessee, his assignee, or other person claiming any right, title, or interest, in law or equity, of, in, or to the said lease, shall, within the time aforesaid, proceed for relief in any court of equity, such person shall not have or continue any injunction against the proceedings at law on such ejectment, unless he does or shall, within forty days next after a full and perfect answer shall be made by the claimant in such ejectment, bring into court, and lodge with the proper officer such sum and sums of money as the lessor or landlord shall in his answer swear to be due and in arrear over and above all just allowances, and also the costs taxed in the said suit, there to remain till the hearing of the cause, or to be paid out to the lessor or landlord on good security, subject to the decree of the court; and in case such proceedings for relief in equity shall be taken within the time aforesaid, and after execution is executed, the lessor or landlord shall be accountable only for so much and no more as he shall really and bona fide, without fraud, deceit, or wilful neglect, make of the demised premises from the time of his entering into the actual possession thereof; and if what shall be so made by the lessor or landlord happen to be less than the rent reserved on the said lease, then the said lessee or his assignee, before he shall be restored to his possession, shall pay such lessor or landlord, what the money so by him made fell short of the reserved rent for the time such lessor or landlord held the said lands.

212 Tenant paying all rent with costs, proceedings to cease.

If the tenant or his assignee do or shall, at any time before the trial in such ejectment, pay or tender to the lessor or landlord, his executors or administrators, or his or their attorney in that cause, or pay into the court where the same cause is depending, all the rent and arrears, together with the costs, then and in such case, all further proceedings on the said ejectment shall cease and be discontinued; and if such lessee, his executors, administrators, or assigns, shall, upon such proceedings as aforesaid, be relieved in equity, he and they shall have, hold, and enjoy the demised lands, according to the lease thereof made, without any new lease.

214 On trial of any ejectment between landlord and tenant, juries to give damages for mesne profits down to the verdict, or to a day specified therein.

Wherever it shall appear on the trial of any ejectment, at the suit of a landlord against a tenant, that such tenant or his attorney hath been served with due notice of trial, the judge before whom such cause shall come on to be tried shall, whether the defendant shall appear upon such trial or not, permit the claimant on the trial, after proof of his right to recover possession of the whole or of any part of the premises mentioned in the writ in ejectment, to go into evidence of the mesne profits thereof which shall or might have accrued from the day of the expiration or determination of the tenant’s interest in the same down to the time of the verdict given in the cause, or to some preceding day to be specially mentioned therein; and the jury on the trial finding for the claimant shall in such case give their verdict upon the whole matter, both as to the recovery of the whole or any part of the premises, and also as to the amount of the damages to be paid for such mesne profits; and in such case the landlord shall have judgment within the time herein-before provided, not only for the recovery of possession and costs, but also for the mesne profits found by the jury: Provided always, that nothing herein-before contained shall be construed to bar any such landlord from bringing any action for the mesne profits which shall accrue from the verdict, or the day so specified therein, down to the day of the delivery of possession of the premises recovered in the ejectment.
215, 216.

In citing this Act in any instrument, document, or proceeding, it shall be sufficient to use the expression “The Common Law Procedure Act, 1852.”

Applying the above three statues the old courts of Common Law and chancery were abolished and in their place, a High Court of Justice with a Court of Appeal was established. 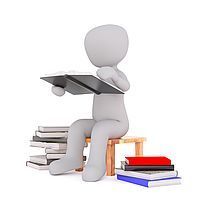 December 14, 2021
Succession after death and inter vivos under Common Law

Succession after death and inter vivos under Common Law