A violent mob of lawyers in their court uniform attacked Sree Summit Halder around 2.00 PM on 24.04 2019, while he was reporting for ABP Ananda from HMC area, on the pretext that he was reporting some misleading news and hurled stones to him. The lawyers of Howrah Court broke his Boom mike. He was accompanied with stinger Subhendu Das. Later he was rescued by reporters of other News channel. The FIR was attached with a medical certificate. 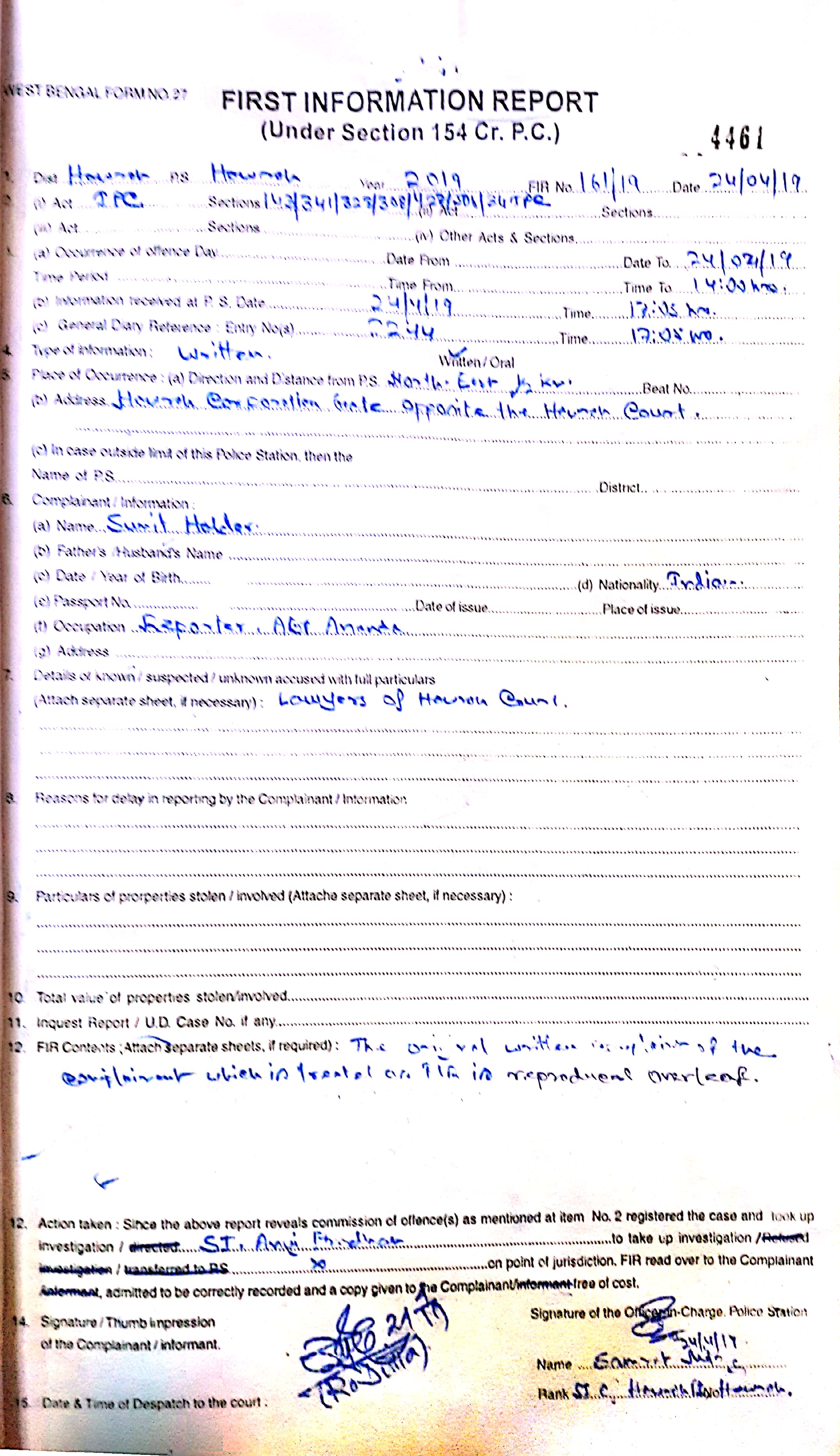 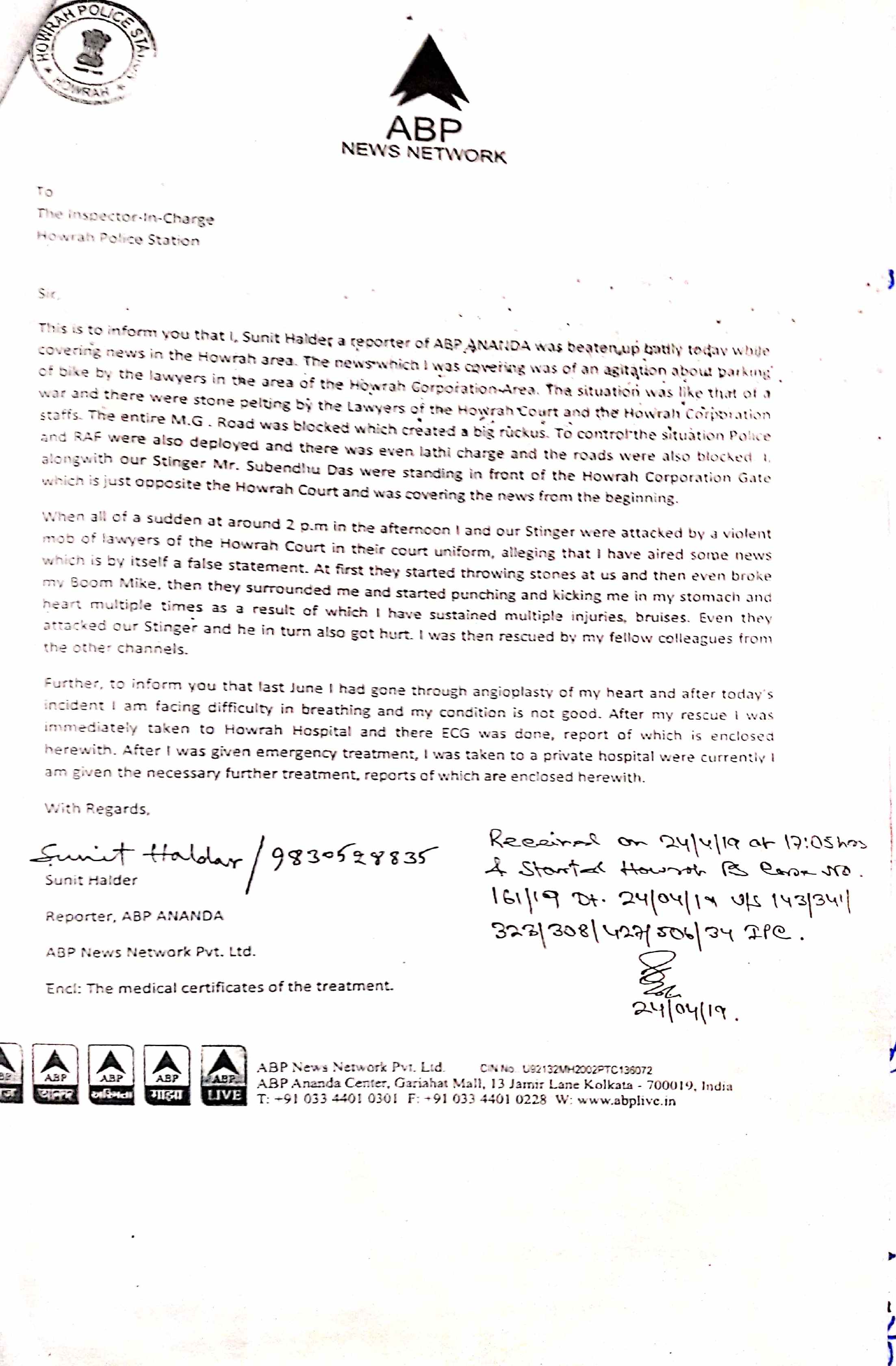