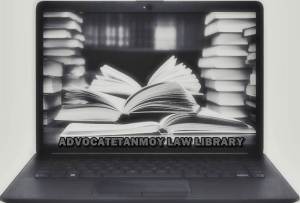 Tarkeshwar Singh and another
Respondent

Criminal Procedure Code, 1973—Section 319—Additional accused—Procedure for trial—Trial of such an accused is permissible even after conclusion of trial against original accused—Words ‘could be tried together with the accused’ in Section 319(1)—Are only directory.

Interpretation of Statutes—Enabling provisions—May be partly mandatory and partly directory.

Counsel for the Parties:

2. Can a person summoned pursuant to an order passed by a court in exercise of power conferred by Section 319 of the Code of Criminal Procedure, 1973 (the Code) be tried for the offence for which he is summoned after the conclusion of the trial wherein such an order of summoning was passed, is the question that falls for determination in this appeal. Such a question regarding the interpretation of Section 319 of the Code has arisen for the first time. The answer would depend upon the interpretation of the words ‘could be tried together with the accused’ in Section 319 of the Code. The question has come up for consideration under the following circumstances:

4. By order dated 7th April, 2001, learned Additional Sessions, Judge held that from the evidence of prosecution witnesses it appears that respondent No.1 and two others have committed the offence of the murder of Shivakant Singh. The warrants of arrest against these persons were directed to be issued so that they may be tried together with the accused – Chandra Shekhar Singh. This order was challenged by respondent No.1 in a criminal revision petition (Criminal Revision No. 269/2001) filed in the High Court of Judicature at Patna.

5. During the pendency of the aforesaid revision petition, the learned Sessions Judge concluded the trial against Chandra Shekhar Singh and believing the ocular testimony, by judgment dated 16th July, 2001, Chandra Shekhar Singh was convicted for the offence under Section 302, IPC and Section 27 of the Arms Act. In the revision petition, it was contended on behalf of the respondent No.1 that since the trial is respect of Chandra Shekhar Singh has already been concluded and no session trial is pending before the trial court, Section 319 would not be applicable as the said provision is applicable only when the trial against another accused is pending and in the absence of pendency of such a trial, the court is not competent to proceed against respondent No.1. The High Court by the impugned judgment accepted the aforesaid contention and held that the order dated 7th April, 2001 is without jurisdiction. The order dated 7th April, 2001 was quashed without issue of notice to the petitioner but on hearing the counsel for the State of Bihar. The other contentions urged during the hearing of the revision petition that (i) the investigation against respondent No.1 was kept pending and on that score, the Court had no power to summon the said respondent under Section 319 of the Code; (ii) the order dated 7th April, 2001 is illegal as no reasons have been assigned for proceedings against respondent No.1. and; (iii) the order was too cryptic were not gone into by the High Court.

“319. Power to proceed against other persons appearing to be guilty of offence – (1) Where, in the course, of any inquiry into, or trial of, an offence, it appears from the evidence that any person not being the accused has committed any offence for which such person could be tried together with the accused, the Court may proceed against such person for the offence which he appears to have committed.

(4) Where the Court proceeds against any person under sub-section (1), then –

(a) the proceedings in respect of such person shall be commenced afresh, and the witnesses re-heard;

(b) subject to the provisions of clause (a), the case may proceed as if such person had been an accused person when the Court took cognizance of the offence upon which the inquiry or trial was commenced.

7. Clearly, the proceedings against the person summoned under sub-section (1) are required to be commenced afresh and the witnesses reheard. The entire proceedings have to recommence from the beginning of the trial. All the witnesses have to be examined afresh. Opportunity has to be granted to such a person to cross-examine those witnesses. There has to be a de novo trial.

8. The effect of the conclusion of the trial against the accused who was being proceeded with when the order was passed under Section 319(1) for proceedings against the newly added person, is to be examined in the light of sub-section (4) of Section 319 which stipulates a de novo trial in respect of the newly added persons and certain well settled principles of interpretation.

9. When a statute is passed for the purpose of enabling something to be done, and prescribes the way in which it is to be done, it may be either an absolute enactment or a directory enactment. The difference being that an absolute enactment must be obeyed or fulfilled exactly, but it is sufficient if a directory enactment be obeyed or fulfilled substantially. No universal rule can be laid down as to whether mandatory enactments shall be considered directory only or obligatory with an implied nullification for disobedience. It is the duty of courts of justice to try to get at the real intention of the legislature by carefully attending to the whole scope of the statute to be construed. (Craies On Statute Law, 7th Edn. Pages 260-262)

10. The intention of the provision here is that where in the course of any enquiry into, or trial of, an offence, it appears to the court from the evidence that any person not being the accused has committed any offence, the court may proceed against him for the offence which he appears to have committed. At that stage, the court would consider that such a person could be tried together with the accused who is already before the Court facing the trial. The safeguard provided in respect of such person is that, the proceedings right from the beginning have mandatorily to be commenced afresh and the witnesses re-heard. In short, there has to be a de novo trial against him. The provision of de novo trial is mandatory. It vitally affects the rights of a person so brought before the Court. It would not be sufficient to only tender the witnesses for the cross-examination of such a person. They have to be examined afresh. Fresh examination in chief and not only their presentation for the purpose of the cross-examination of the newly added accused is the mandate of Section 319(4). The words ‘could be tried together with the accused’ in Section 319(1), appear to be only directory. ‘Could be’ cannot under these circumstances be held to be ‘must be’. The provision cannot be interpreted to mean that since the trial in respect of a person who was before the court has concluded with the result that the newly added person cannot be tried together with the accused who was before the Court when order under Section 319(1) was passed, the order would become ineffective and inoperative, nullifying the opinion earlier formed by the Court on the basis of evidence before it that the newly added person appears to have committed the offence resulting in an order for his being brought before the Court.

11. Where a statute does not consist merely of one enactment, but contains a number of different provisions regulating the manner in which something is to be done, it often happens that some of these provisions are to be treated as being directory only, while others are to be considered absolute and essential; that is to say, some of the provisions may be disregarded without rendering invalid the thing to be done, but others not. (Craies On Statute Law, 7th Edn. Pages 266-267).

12. The mandate of the law of fresh trial is mandatory whereas the mandate that newly added accused could be tried together the accused directory. 13. On facts, the court could not have intended while concluding the trial against Chandra, Shekhar Singh, to nullify its earlier order directing issue of warrants against respondent No. 1. The construction to be placed on a provision like this has to commend to justice and reason. It has to be reasonable construction to promote the ends of justice. The words ‘could be’ tried together with the accused’ in Section 319(1) cannot be said to be capable of only one construction. If it was so, approach to be adopted would be different since the intention of the Parliament is to be respected despite the consequences of interpretation. There is, however, a scope for two possible construction. That being the position, a reasonable and common sense approach deserves to be adopted and preferred rather than a construction that would lead to absurd results of respondent No. 1 escaping the trial despite passing of an order against him on Court’s satisfaction under Section 319(1) and despite the fact that the proceedings against him have to commence afresh. In this view, the fact that trial against Chandra Shekhar Singh had already concluded is of no consequence insofar as respondent No. 1 is concerned.

14. Reliance by learned counsel for the respondent No. 1 has been placed on Municipal Corporation of Delhi vs. Ram Kishan Rohtagi and Ors. (1983) 1 SCC 1 in support of the contention that respondent No. 1 could be tried only with Chandra Shekhar Singh and his trial having concluded, respondent No. 1 cannot be now tried pursuant to order under Section 319(1) of the Code. This court in the cited decision was not concerned with the issue which has fallen for consideration before us. The same is the position in respect of Michael Machado and Anr. vs. Central Bureau of Investigation and Anr. (2000) 3 SCC 262. There was Court considered the scope of the provision as to the circumstances under which the Court may proceed to make an order under Section 319 and not the question as to the effect of the conclusion of the trial after passing an order under Section 319(1). None of these decisions have any relevance for determining the point in issue.

In view of the aforesaid legal position, the High Court was clearly in error in coming to the conclusion that the order dated 7th April, 2001 had become without jurisdiction as a result of the conclusion of trial against Chandra Shekhar Singh. The impugned order of the High Court is, therefore, set aside.

16. The High Court did not go into the other contentions as urged on behalf of respondent No. 1 and decided the Criminal Revision No 269/2001 only on the point aforenoted. In this view, we would remand the Criminal Revision No. 269/2001 to the High Court for fresh decision to consider the other contentions urged by Respondent No. 1.

17. The appeal is allowed in the above terms. The application for implement is, however, dismissed. The High Court would do well to expeditiously decide the matter preferably within a period of three months. 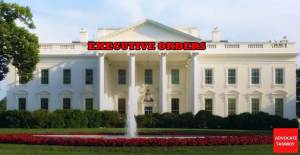