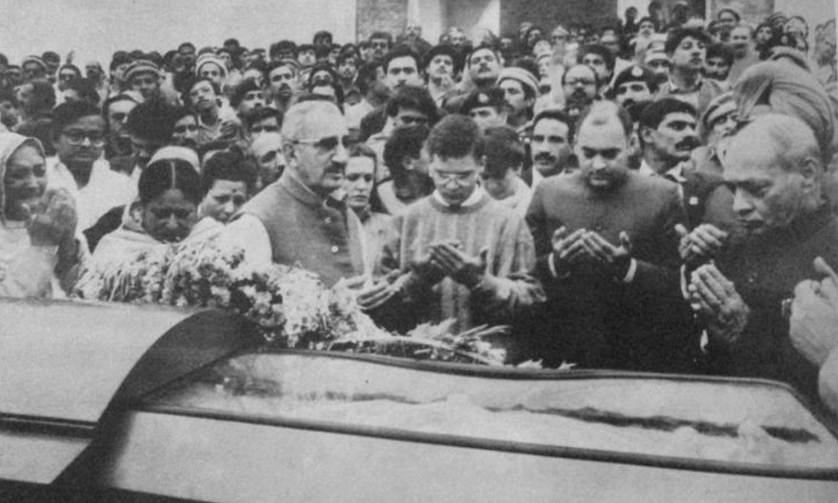 Kerala Governor: Accusing historian Irfan Habib for “disrupting” his inaugural address at the Indian History Congress (IHC), Kerala Governor Arif Mohammed Khan Saturday said that this “intolerance” towards a different opinion was “undemocratic” and Habib tried to physically stop his speech. In a series of tweets with photographs, Khan said efforts were made to interrupt his speech on stage at Kannur. In one of his tweets, Khan said Habib questioned his right to quote Maulana Abdul Kalam Azad and shouted saying he should quote Nathuram Godse.

Priyanka Vadra: Congress general secretary Priyanka Vadra Saturday alleged that Uttar Pradesh cops manhandled her by grabbing her neck and pushing her while she was on her way to the residence of a retired IPS officer in Lucknow, who was arrested in connection with the recent anti-CAA protests.

Manipur: Chief Minister N. Biren Singh has said that they (BJP) are ready to accept defeat if there is a para or a clause in the Amended Citizenship law that violates Article 14 of the Indian Constitution. The Chief Minister was addressing a meeting of party workers and BJP supporters held at Basu ground in Thoubal district. He said the claim that CAA violates Article 14 is nothing but a bogus claim made by leftist groups trying to incite unrest in the country.

CAA damages paid: A section of Muslims from Bulandshahr handed over a demand draft of Rs 6.27 lakh to the Bulandshahr district administration to compensate for damage to public property during violent protests over the citizenship law in Uttar Pradesh. Rs 6,27,507, the amount of damage assessed by the administration, has been raised by donations within the community, Haji Akram, a local councilor, said.

Telangana: The number of corruption cases filed against revenue department officials in Telangana spiked by 45% in 2019 with 54 cases filed in the past one year against the 2018 count of 34. Corruption among Telangana government officials seems to have risen significantly this year with data showing about 24 percent increase in the number of corruption cases registered against them in 2019 as compared to that of 2018.

Japan executed a Chinese: Japan on Thursday hanged a Chinese man convicted of the murder of a family of four whose bodies were found handcuffed and weighted down with dumbbells in a bay, the justice minister said. Masako Mori said she ordered the execution of Wei Wei “after careful consideration”, over robbery and multiple murders carried out with two other students in 2003. Wei, a 40-year-old former language student in Japan, had pleaded guilty to the four murder counts but had contended he was not a central figure in the case.

BSNL revival: A seven-member Group of Ministers (GoM) has been constituted to fast-track and oversee the implementation of the Rs 69,000 crore revival plan for state-owned telecom corporations BSNL and MTNL, sources said. The high-level group will expedite the smooth implementation of recent decisions taken on the revival of BSNL and MTNL that includes crucial elements like allocation of 4G spectrum and asset monetisation.