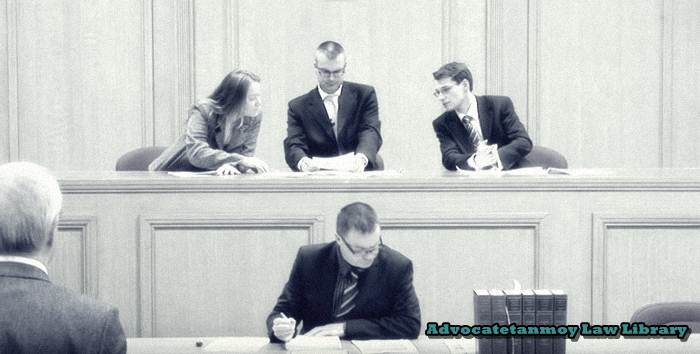 Anatomy of the section

6. The section is manifestly in two parts. Whereas the word used in the first part is “may”, the second part uses “shall”. In consequences, the first part gives purely discretionary authority to a Criminal Court and enables it at any stage of an enquiry, trial or proceeding under the Code (a) to summon any one as a witness, or (b) to examine any person present in Court, or (c) to recall and re-examine any person whose evidence has already been recorded. On the other hand, the second part is mandatory and compels the Court to take any of the aforementioned steps if the new evidence appears to it essential to the just decision of the case. This is a supplementary provision enabling, and in certain circumstances imposing on the Court duty of examining a material witness who would not be brought before it. It is couched in the widest possible terms and calls for no limitation, either with regard to the stage at which the powers of the Court should be exercised, or with regard to the manner in which it should be exercised. It is not only the prerogative but also the plain duty of a Court to examine such of those witnesses as it considers absolutely necessary for doing justice between the State and the subject. There is a duty cast upon the Court to arrive at the truth by all lawful means and one of such means is the examination of witnesses of its own accord when for certain obvious reasons either party is not prepared to call witnesses who are known to be in a position to speak important relevant facts.

7. The object underlying Section 311 of the Code is that there may not be failure of justice on account of mistake of either party in bringing the valuable evidence on record or leaving ambiguity in the statements of the witnesses examined from either side. The determinative factor is whether it is essential to the just decision of the case. The section is not limited only for the benefit of the accused, and it will not be an improper exercise of the powers of the Court to summon a witness under the Section merely because the evidence supports the case for the prosecution and not that of the accused. The section is a general section which applies to all proceedings, enquires and trials under the Code and empowers Magistrate to issue summons to any witness at any stage of such proceedings, trial or enquiry. In Section 311 the significant expression that occurs is “at any stage of inquiry or trial or other proceeding under this Code”. It is, however, to be borne in mind that whereas the section confers a very wide power on the Court on summoning witnesses, the discretion conferred is to be exercised judiciously, as the wide the power the greater is the necessity for application of judicial mind.

8. As indicated above, the Section is wholly discretionary. The second part of it imposes upon the Magistrate an obligation: it is, that the Court shall summon and examine all persons whose evidence appears to be essential to the just decision of the case. It is a cardinal rule in the law of evidence that the best available evidence should be brought before the Court. Sections 60, 64 and 91 of the Indian Evidence Act, 1872 (in short ‘Evidence Act’), are based on this rule. The Court is not empowered under the provisions of the Code to compel either the prosecution or the defence to examine any particular witness or witnesses on their side. This must be left to the parties. But in weighing the evidence, the Court can take note of the fact that the best available evidence has not been given, and can draw an adverse inference. The Court will often have to depend on intercepted allegations made by the parties, or on inconclusive inference from facts elicited in the evidence. In such cases, the Court has to act under the second part of the section. Sometimes the examination of witnesses as directed by the Court may result in what is thought to be “filling of loopholes”. That is purely a subsidiary factor and cannot be taken into account. Whether the new evidence is essential or not must of course depend on the facts of each case, and has to be determined by the Presiding Judge.

“5. The learned counsel for the appellants seriously attacked the evidence of PW 2 Mokam Singh. This witness was examined by the Sessions Judge on 6-2-1991 and cross-examined on the same day by the defence counsel. Thereafter, it seems, that on behalf of the accused persons an application was filed and PW-2 Mokam Singh was recalled. PW-2 was again examined and cross-examined on 31-7-1991. It may be noted that some of the persons who were allegedly involved in this incident were minors and their case was tried by the Juvenile Court. PW 2 Mokam Singh was also examined as a witness in the case before the Juvenile Court. In the Juvenile Court, he gave evidence to the effect that he was not aware of the persons who had attacked him and on hearing the voice of the assailants, he assumed that they were some Banjaras. Upon recalling, PW-2 Mokam Singh was confronted with the evidence he had given later before the Juvenile Court on the basis of which the accused persons were acquitted of the charge under Section 307 IPC for having made an attempt on the life of this witness.”

June 9, 2022
Court has to wait until expiry of 30 days, to enable the accused to appear in terms of proclamation u/s 82 of Cr.P.C- Explain