Prof. Haripada Bharati alias ”Master Mosai” was the First President of the Bharatiya Janata Party[1980-1982], West Bengal unit. He was famous for his oratory skill and for his kindness. He was also the Principal of Narasingha Dutta College and taught in the department of philosophy, Howrah. In 1977 he was elected MLA [15/Jun/77 to 24/May/82] from Jorabagan Assembly Constituency (8th L.A-General Election) as a Janata Party candidate with 19005 Votes.

It is to be remembered that the Bharatiya Janata Party (BJP) came into existence in 1980. Atal Behari Vajpayee became the first president of the new party.  Ram Jethmalani and  Sikandar Bakht were given the post of VicePresidents of the BJP along with Vijaya Raje Scindia, L K Advani and Murli Manohar Joshi and entrusted with the task, together with S S Bhandari, of writing the party’s constitution [The Times of India, 6 April1980]

During the emergency phase of Indian politics of 1975-77, the Sangh leaders and activists were arrested.  In West Bengal, Assembly election was held in 1977 and Janata Dal contested this election as a separate entity. In this election some old Jana Sanghis like Bishnukanta Shastri, Haripada Bharati were elected in the West Bengal Bidhan Sabha. Later, the Janata Dal broke and the old Jana Sanghis reorganised and formed  ‘the Bharatiya Janata Party’ in 1980.

In 1979 during the Marichjhapi massacre, Prof Bharati tried to rescue the victims and provided shelter to the survivors. He took a few of his party workers and boats to Marichjhapi. The rescue mission was aborted by the CPM. They sent their party cadres behind him. With 5-6 boats they encircled him in the mid-river. Marichjhapi was already surrounded by 100s of the armed Police force. Prof Bharati was later arrested by then Jyoti Basu led CPIM govt.

Some information on Prof Bharati 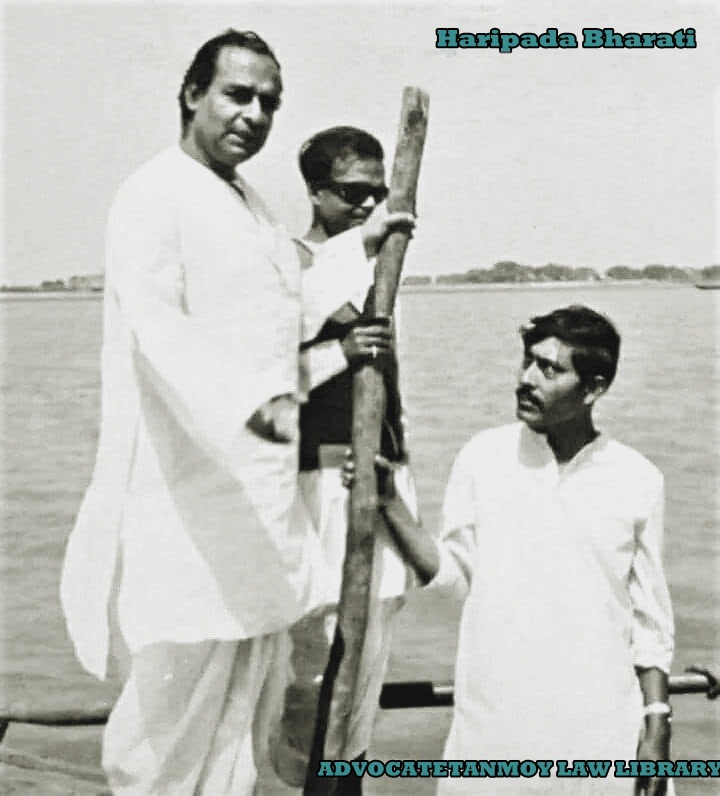