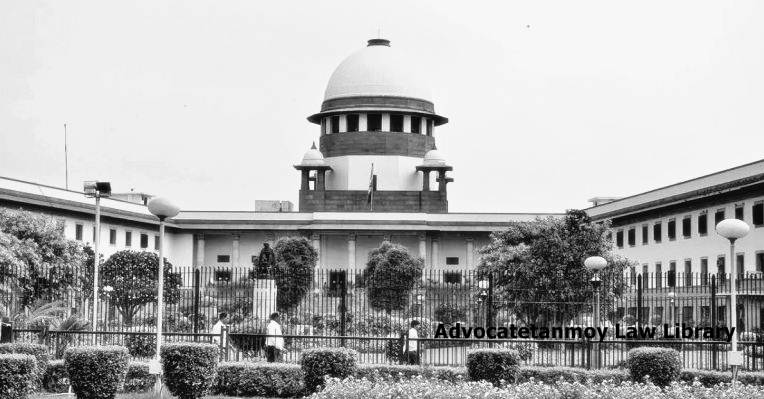 Criminal Procedure Code, 1973—Section 209—committal—Scope of—proceedings—Discharge—Offence triable exclusively by Court of sessions—The Magistrate has no power to go into the merits or to discharge the accused. If made-up facts unsupported by any material are reported by the police and a Sessions offence is made to appear, it is perfectly open to the Sessions Court under Section 227 Cr.P.C. to discharge the accused. This provision takes care of the alleged grievance of the accused.

The Committing Magistrate is such cases has no power to discharge the accused. Nor has he power to take oral evidence save where a specific provision like Section 306 enjoins. Secondly, it is not open to the committal Court to launch on a process of satisfying itself that a prima facie case has been made out on the merits. The jurisdiction once vested in him under the earlier Code but has been eliminated now under the present Code.

Union of India and others

Counsel for the Parties:

R. Jethmalani, Sr. Advocate (M/s. S. B. Jaisinghani and R. N. Sachthey, Advocates with him), for Union of India

Parveen Kumar, Advocate for Respondent No. 2.

V. R. Krishna Iyer, J—No party to a criminal trial has a vested right in slow motion justice since the soul of social justice in this area of law is prompt trial followed by verdict of innocence or sentence. Since a fair trial is not a limping hearing, we view with grave concern any judicial insoucince which lengthens litigation to limits of exasperation. This key thought prompted us on an earlier occasion to fix a reasonable, yet not hasty, time schedule for the committal proceedings in R. C. 2/- 1977- CIA- I on the file of the Chief Metropolitan Magistrate, Delhi, and this was done viably and with consent of the parties then before us (one of whom is a principal accused represented by Senior Counsel). We are satisfied that the Magistrate has acted in the spirit of this Court”s order as indeed he was bound to, in refusing time. Now, another accused, who was not a party to the earlier proceeding in this Court, has come up with a petition praying for modification of the order fixing the time-table for, and injecting a sense of tempo into, the hearing process and committal, on the score that it hurts him by denying sufficient scope to examine the allegedly voluminous records produced by the police running into around 20,000 pages. He further urges, through Shri A. N. Mulla, his learned counsel, that he wishes to cross-examine the witnesses for the prosecution and to argue that no prima facie case has been made out for commitment. Admittedly, one of the offences in the charge sheets is S. 201 I.P.C. which is exclusively triable by a Sessions Court. Counsel argued that under S. 306 Cr.P.C. approvers (there are two in this case) shall be examined as witnesses in the court of the Magistrate taking cognizance of the offence, and to cross-examine them the accused needs to peruse, scan and scrutinise these 20,000 pages of files produced by the police which cannot be done without a few months of inspection before examination of the witnesses.

2. We have heard counsel on both sides and proceed to elucidate certain clear propositions under the new Code bearing upon the committal of case where the offence is triable exclusively by the Court of Session. The Committing Magistrate in such case has no power to discharge the accused. Nor has he power to take oral evidence save where a specific provision like S. 306 enjoins. From this it follows that the argument that the accused has to cross-examine is out of bounds for the Magistrate, save in the case of approvers, No examination-in-chief, no cross-examination.

3. Secondly, it is not open to the committal court to launch on a process of satisfying itself that a prima facie case has been made out on the merits. The jurisdiction once vested in him under the earlier Code but has been eliminated now under the present Code. Therefore, to hold that he can go in to the merits even for a prima facie satisfaction is to frustrate the Parliaments” purpose in remolding S. 207-A (old Code) into its present non-descretionary shape. Expedition was intended by this change and this will be defeated successfully, if interpretatively we hold that a dress rehearsal of a trial before the Magistrate is in order. In our view, the narrow inspection hole through which the committing Magistrate has to look at the case limits him merely to ascertain whether the case, as disclosed by the police report, appears to the Magistrate to show an offence triable solely by the Court of Session. Assuming the facts to be correct as stated in the police report, if the offence is plainly one under S. 201 I.P.C. the Magistrate has simply to commit for trial before the Court of Session. If, by error, a wrong section of the Penal Code is quoted, he may look into that aspect. Shri Mulla submits if the Magistrates” jurisdiction were to be severely truncated like this the prosecution may stick a label mentioning a sessions offence (if we may use that expression for brevity”s sake) and the accused will be denied a valuable opportunity to prove his ex facie innocence. There is no merit in this contention. If made-up facts unsupported by any material are reported by the police and a Sessions offence is made to appear, it is perfectly open to the Sessions Court under S. 227 Cr. P. C. to discharge the accused. This provision takes care of the alleged grievance of the accused.

4. Indeed we are not at all satisfied that the Magistrate has denied an opportunity for the petitioner to post himself adequately with the police records adduced in the case. Sufficient adjournments were granted; indefinite postponements were accorded, – the presumed reason being time for inspection and more inspection. After all, if the oral testimony is to be confined to the two approvers, not all the records put in by the police become necessary for the accused to cross-examine them. The exaggeration implied in the statement that 20,000 pages of voluminous record have been filed by the police was brought out by the counsel for the State, Shri Jethmalani. Supposing an entry in a register is relied on by the police; the other pages in the voluminous register being of no concern or pertinance to the case, even remotely there is no point in counting the total number of pages of the register since the case is concerned only with one entry. We are far from satisfied about the genuineness of the petitioner”s grievance, since we are inclined to think that counting the number of pages of irrelevant papers necessarily tied up with relevant ones (being in the same book or file) is a farcical process. It may be sheer waste of time for the accused to inspect totally irrelevant material. We are convinced that the Magistrate has afforded sufficient opportunity and he has rightly put his foot down on further procrastination.

5. We dismiss the petition generally speaking but having regard to the fact that the case begins tomorrow and the party has perhaps pinned his hopes upon something happening in this Court, and also because of the fact that the offence is a serious one, we direct the Magistrate to start the hearing and examine the approvers from 20-2-1978 onwards. We make it clear that the Committing Magistrate will take zealous care to dispose of the committal proceedings with despatch. We allow the Magistrate four days more time beyond the date fixed by this Court in the earlier order for the commitment of the case and a like extension in the rest of the period fixed there.

Tagged as: Sanjay Gandhi Vs Union of India