Skip to content
Library Home » Light Page » An account of three Christians disputing in the land of China: Voltaire 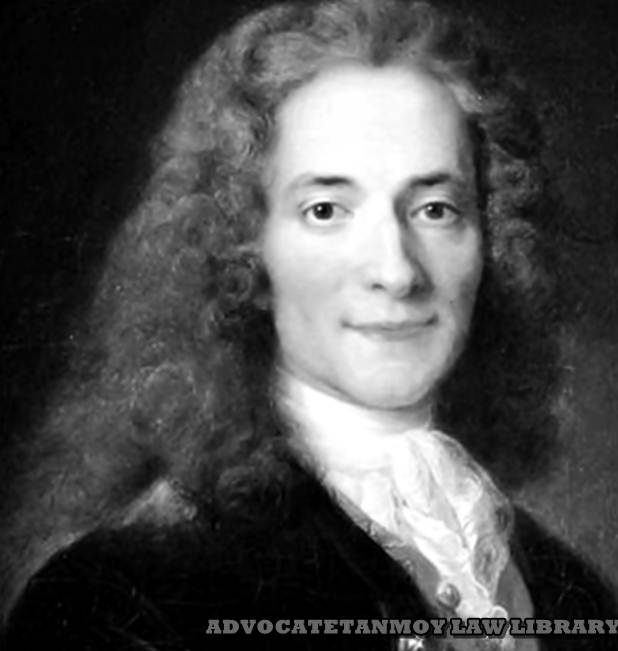 In the early years of the reign of the great Emperor Kam-hi a mandarin of the city of Canton heard from his house a great noise, which proceeded from the next house. He inquired if anybody was being killed, and was told that the almoner of the Danish missionary society, a chaplain from Batavia, and a Jesuit were disputing. He had them brought to his house, put tea and sweets before them, and asked why they quarrelled.

The Jesuit replied that it was very painful for him, since he was always right, to have to do with men who were always wrong; that he had at first argued with the greatest restraint, but had at length lost patience.

The mandarin, with the utmost discretion, reminded them that politeness was needed in all discussion, told them that in China men never became angry, and asked the cause of the dispute.

The Jesuit answered: “My lord, I leave it to you to decide. These two gentlemen refuse to submit to the decrees of the Council of Trent.”

“I am astonished,” said the mandarin. Then, turning to the refractory pair, he said: “Gentlemen, you ought to respect the opinions of a large gathering. I do not know what the Council of Trent is, but a number of men are always better informed than a single one. No one ought to imagine that he is better than others, and has a monopoly of reason. So our great Confucius teaches; and, believe me, you will do well to submit to the Council of Trent.”

The Dane then spoke. “My lord speaks with the greatest wisdom,” he said; “we respect great councils, as is proper, and therefore we are in entire agreement with several that were held before the Council of Trent.”

“Oh, if that is the case,” said the mandarin, “I beg your pardon. You may be right. So you and this Dutchman are of the same opinion, against this poor Jesuit.”

“Not a bit,” said the Dutchman. “This fellow’s opinions are almost as extravagant as those of the Jesuit yonder, who has been so very amiable to you. I can’t bear them.”

“It is this way, my lord,” said the Jesuit; “these two are mortal enemies, and are both against me. Hence it is clear that they are both wrong, and I am right.”

“That is not quite clear,” said the mandarin: “strictly speaking, all three of you may be wrong. I should like to hear you all, one after the other.”

The Jesuit then made a rather long speech, during which the Dane and the Dutchman shrugged their shoulders. The mandarin did not understand a word of it. Then the Dane spoke; the two opponents regarded each other with pity, and the mandarin again failed to understand. The Dutchman had the same effect. In the end they all spoke together and abused each other roundly. The good mandarin secured silence with great difficulty, and said: “If you want us to tolerate your teaching here, begin by being yourselves neither intolerant nor intolerable.”

When they went out the Jesuit met a Dominican friar, and told him that he had won, adding that truth always triumphed. The Dominican said: “Had I been there, you would not have won; I should have convicted you of lying and idolatry.” The quarrel became warm, and the Jesuit and Dominican took to pulling each other’s hair. The mandarin, on hearing of the scandal, sent them both to prison.

SOURCE: Voltaire, Toleration and Other Essays [1755]

Civilization and its Discontents-Sigmund Freud (1930)

Civilization and its Discontents-Sigmund Freud (1930)