Several Particulars relating to the Conduct of Tippoo Sultaun, on the 4th of May, 1799; collected chiefly from the relation of the Killadar of Seringapatam, and from Accounts given by some of his own Servants, &c.

“… When the Sultan left his palace he was dressed in a lightly coloured jacket, wide trousers of fine flowered chintz, a sash of dark red silky stuff, and a turban, with one or two distinguishing ornaments; he had on his sword, in a rich belt, slung over his right shoulder, and a small cartridge box, hung to an embroidered belt, thrown over his left shoulder: his tawuz, or talisman, was fastened under the jacket, on his right arm, a little below the shoulder.

He went out early in the forenoon, as was his daily custom, to one of the cavaliers on the outer rampart of the north face, whence he could observe what was doing on both sides, and remained there till about noon, when he took his usual repast under a pandal. It would appear he had then no suspicion of the intended attack, for when reports were made to him from the west face that our parallels and approaches were unusually were unusually crowded with Europeans, and a number of Doolies behind, he expressed not the least apprehension, nor took any other precaution but desiring the messenger to return with orders to Meer Goffar, with the troops on duty near the breach, to keep on their guard.

A moment after, word was brought that Meer Goffar had fallen near the breach by a cannon shot. At this intelligence the Sultaun appeared greatly agitated, ordered the troops that were near him under arms, and his servants to load the carbines, or short fuzees, which they carried for his own use. He then, after receiving another report, which was delivered privately, hastened along the rampart towards the breach, followed by servants, slaves, and a select guard, under several chiefs, till he met the fugitives, and perceived that the head of the Europeans had already mounted and gained the rampart: he endeavoured to stop his flying troops, and joining many of these to his own ground, encouraged them by his voice and example to make a determined stand: he repeatedly fired on our troops himself; and one of his servants declares he saw him bring down several Europeans near the top of the breach.

Notwithstanding these exertions, when the front of the European flank companies of the left attack approached the spot where the Sultan stood, he found himself almost alone, and was forced to retire to the traverses of the north rampart; these he defended one after another with the bravest of his men and officers, and, assisted by the fire of his people on the inner wall, two or three times brought the head of our flank companies, who were pushing on with their usual ardour, to a stand. The loss here would have been much greater on our part, had not the light infantry, and part of the battalion companies of the 12th regiment, crossing the inner ditch, and mounting the rampart, driven the enemy from thence, and taken in reverse those who, with the Sultan, were defending the traverses of the outer rampart. While any of his troops remained with him, the Sultan continued to dispute the ground, till he approached the passage across the ditch to the gate of the inner fort; here he complained of pain and weakness in one of his legs, which had been badly wounded when very young, and, desiring his mare might be brought, he mounted, and seeing the Europeans still advancing on both ramparts, he made for the gate, followed by his palankeen, and a number of officers, troops, and servants.

It was then probably either his intention to have entered and shut the gate, in order to attack the small body of our troops which had got into the inner fort, and, if successful in driving these out, to have attempted to maintain it against us, or to endeavour to make his way to the palace, and there make his last stand. But it was the will of Heaven to frustrate these attempts, as it had done his ambitious plans, and that he should never again enter his palace alive. As he was crossing to the gate by the communication from the outer rampart, he received a musket ball in his right side, nearly in a line with the breast; he, however, passed on until he was stopped about half through the arch of the gateway by the fire of the 12th light infantry from within, when he received a second ball in the right side, close to the other; the mare he rode being wounded at the same time, sunk under him, and his turban fell on the ground. Many of his people fell about the same time on every side of him, by musketry, from both sides of the gate.

The fallen Sultan was immediately raised by some of his faithful adherents and placed upon his palankeen under the arch, and on one side of the gateway, where he lay or sat for some moments faint and exhausted, until some European soldiers entered the gateway. A servant who has survived relates, that one of the soldiers seized the Sultaun’s sword-belt, and attempted to pull it off; that the Sultan, who still held his sword in his hand, made a cut at the soldier with all his remaining strength, and wounded him about the knee; on which the soldier put his piece to his shoulder, and shot the Sultan through the temple, who instantly expired. Not less than three hundred men were killed, and numbers wounded, under the arch of this gateway, which soon became impassable except over the bodies of the dead and dying.

About dusk, Major-general Baird, in consequence of information he had received at the palace, came with lights to this gate, accompanied by the late killadar of the fort, and others, to search for the body of the Sultan, and after much labour it was found and brought from under a heap of others to the inside of the gate. The countenance was in way distorted, but had an expression of stern composure. The turban, jacket, sword, and belt, were gone; but the body was recognised by several of his people who were there, to be the Padshah, and an officer who was present, with the leave of Major-general Baird, took from off the right arm the talisman, which contained, sewed up in pieces of fine flowered silk, an amulet of a brittle metallic substance, of the colour of silver, and some manuscripts in magic, Arabic, and Persian characters, the purport of which, had there been any doubt, would have fully ascertained the identity of the Sultan’s body.

It was placed on his own palankeen, and by General Baird’s orders conveyed to the court of the palace, where it remained during the night; furnishing a remarkable instance, to those who are given to reflection, of the uncertainty of human affairs. He had left the palace in the morning a powerful imperious Sultan, full of vast ambitious projects, was brought back a lump of clay, abandoned by the whole world, his kingdom overthrown, his capital taken, and his palace occupied by the very man, Major-general Baird, who, about fifteen years before, had been, with other victims of his cruelty and tyranny released from near four years of rigid confinement, in irons, in a prison scarce three hundred yards from the spot where the corpse of the Sultan now lay.

Thus ended the life and power of Tippoo Sultaun. It will require an able pen to delineate the character apparently so inconsistent; but he who attempts it must not decide hastily. Those who have served this campaign, victorious and brilliant as it has proved, will however, I believe, agree that the infantry of the Sultan were not inferior to our sepoys; and that, had he been joined three or four months ago by four or five thousand French troops, which he had every reason to expect, the event might have been very different. What infinite credit then is due to the man who planned and saw the fit moment to execute measures which, perhaps, have saved us from ruin…”

Beatson, A. A View of the Origin and Conduct of the War with Tippoo Sultan; comprising a narrative of the operations of the army under the command of Lieutenant-General George Harris, and of the siege of Seringapatam. [With plates and maps] London: G. & W. Nichol, 1800. Appendix No. XXXIII pp. ci-civ. 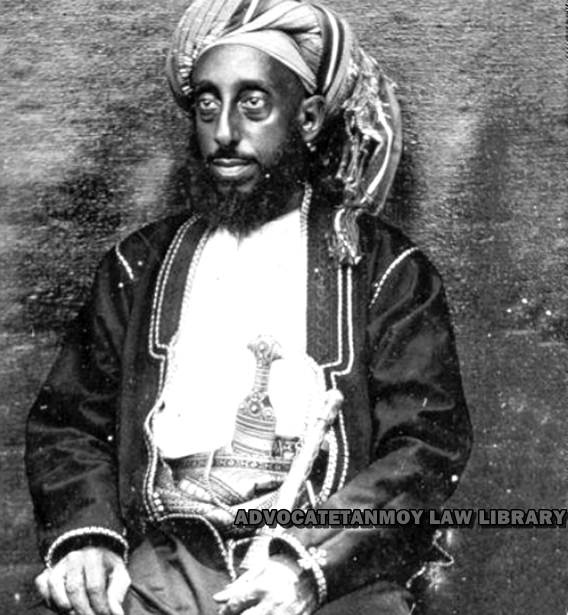