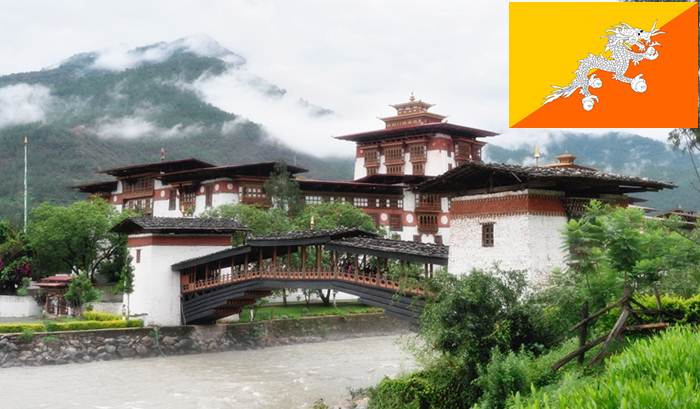 Following Britain’s victory in the 1865 Duar War, Britain and Bhutan signed the Treaty of Sinchulu, under which Bhutan would receive an annual subsidy in exchange for ceding land to British India.

Ugyen WANGCHUCK – who had served as the de facto ruler of an increasingly unified Bhutan and had improved relations with the British toward the end of the 19th century – was named king in 1907. Three years later, a treaty was signed whereby the British agreed not to interfere in Bhutanese internal affairs, and Bhutan allowed Britain to direct its foreign affairs. Bhutan negotiated a similar arrangement with independent India in 1949. The Indo-Bhutanese Treaty of Friendship returned to Bhutan a small piece of the territory annexed by the British, formalized the annual subsidies the country received, and defined India’s responsibilities in defense and foreign relations. Under a succession of modernizing monarchs beginning in the 1950s, Bhutan joined the UN in 1971 and slowly continued its engagement beyond its borders.

Suffrage: each family has one vote

Communists: no overt Communist presence

Supply: Bhutan is dependent on India