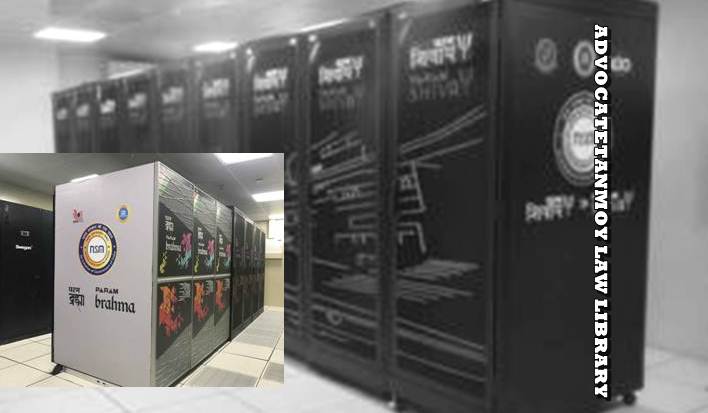 India emerging a leader in supercomputing

India is fast emerging as a leader in high power computing with the National Super Computing Mission (NSM) boosting it to meet the increasing computational demands of academia, researchers, MSMEs, and startups in areas like oil exploration, flood prediction as well as genomics and drug discovery.

Computing infrastructure has already been installed in four premier institutions and installation work is in rapid progress in 9 more. Completion of Phase II of NSM in September 2021 will take the country’s computing power to 16 Petaflops (PF). MoUs have been signed with a total of 14 premier institutions of India for establishing Supercomputing Infrastructure with Assembly and Manufacturing in India. These include IITs, NITs, National Labs, and IISERs.

Infrastructure planned in NSM Phase I has already been installed and much of Phase II will be getting in place soon. Phase III, initiated this year, will take the computing speed to around 45 Petaflops. This will include three systems of 3 PF each and one system of 20PF as a national facility.

The National Supercomputing Mission was launched to enhance the research capacities and capabilities in the country by connecting them to form a Supercomputing grid, with National Knowledge Network (NKN) as the backbone. The NSM is setting up a grid of supercomputing facilities in academic and research institutions across the country. Part of this is being imported from abroad and partly built indigenously. The Mission is being jointly steered by the Department of Science and Technology (DST) and the Ministry of Electronics and Information Technology (MeitY) and implemented by the Centre for Development of Advanced Computing (C-DAC), Pune, and the Indian Institute of Science (IISc), Bengaluru.

A new dimension has now been added in India’s march towards a leadership position in supercomputing with the convergence of HPC and Artificial Intelligence (AI). A 200 AI PF Artificial Intelligence supercomputing system has been created and installed in C-DAC, which can handle incredibly large-scale AI workloads increasing the speed of computing-related to AI several times. PARAM Siddhi – AI, the high-performance computing-artificial intelligence (HPC-AI) supercomputer, has achieved global ranking of 62 in TOP 500 most powerful supercomputer systems in the world, released on 16th November 2020.

The mission has also created the next generation of supercomputer experts by training more than 4500 HPC aware manpower and faculties till date. To expand the activities of the HPC training, four NSM Nodal Centres for training in HPC and AI have been established at IIT Kharagpur, IIT Madras, IIT Goa and IIT Palakkad. These centres have conducted online training programs in HPC and in AI.

Powered by the NSM, India’s network of research institutions, in collaboration with the industry, is scaling up the technology and manufacturing capability to make more and more parts in India. While in Phase I, 30 percent value addition is done in India that has been scaled up to 40 percent in Phase II. India has developed an Indigenous server (Rudra), which can meet the HPC requirements of all governments and PSUs.

The three phases will provide access to High-Performance Computing (HPC) Facilities to around 75 institutions and more than thousands of active researchers, academicians working through Nation Knowledge Network (NKN) – the backbone for supercomputing systems.