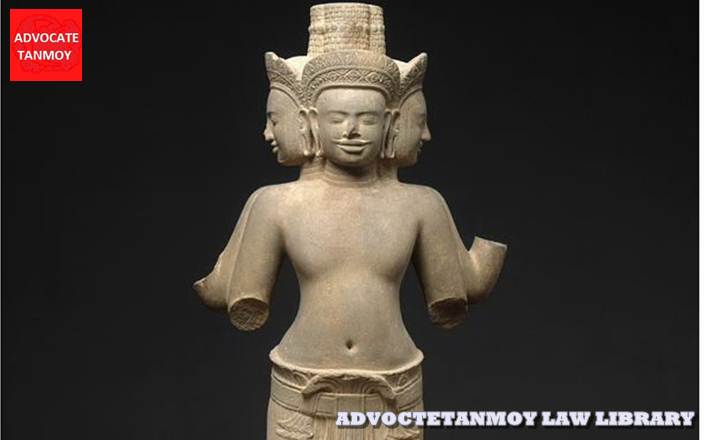 Brahma was a thousand times nobler, and so was Osiris and Zeus and Jupiter. So was the supreme god of the Aztecs, to whom they offered only the perfume of flowers. The worst god of the Hindus, with his necklace of skulls and his bracelets of living snakes, was kind and merciful compared with Jehovah.

WAS JEHOVAH A GOD OF LOVE?

DID these words come from the heart of love?—”When the Lord thy God shall drive them before thee, thou shalt smite them and utterly destroy them; thou shalt make no covenant with them, or show mercy unto them.”

“I will heap mischief upon them. I will send mine arrows upon them; they shall be burned with hunger and devoured with burning heat and with bitter destruction.”

“I will send the tooth of beasts upon them, with the poison of serpents of the dust.”

“The sword without, and terror within, shall destroy both the young man and the virgin; the suckling also with the man of gray hairs.”

“And thou shalt eat the fruit of thine own body—the flesh of thy sons and daughters.”

“I will make my arrows drunk with blood.”

“I will laugh at their calamity.”

Did these curses, these threats, come from the heart of love or from the mouth of savagery?

Was Jehovah god or devil?

Why should we place Jehovah above all the gods?

Has man in his ignorance and fear ever imagined a greater monster?

Have the barbarians of any land, in any time, worshipped a more heartless god?

Brahma was a thousand times nobler, and so was Osiris and Zeus and Jupiter. So was the supreme god of the Aztecs, to whom they offered only the perfume of flowers. The worst god of the Hindus, with his necklace of skulls and his bracelets of living snakes, was kind and merciful compared with Jehovah.

Compared with Marcus Aurelius, how small Jehovah seems. Compared with Abraham Lincoln, how cruel, how contemptible, is this god.

HE created the world, the hosts of heaven, a man and woman—placed them in a garden. Then the serpent deceived them, and they were cast out and made to earn their bread.

Jehovah had been thwarted.

Then he tried again. He went on for about sixteen hundred years trying to civilize the people.

No schools, no churches, no Bible, no tracts—nobody taught to read or write. No Ten Commandments. The people grew worse and worse, until the merciful Jehovah sent the flood and drowned all the people except Noah and his family, eight in all.

Then he started again, and changed their diet. At first Adam and Eve were vegetarians. After the flood Jehovah said: “Every moving thing that liveth shall be meat for you”—snakes and buzzards.

Then he failed again, and at the Tower of Babel he dispersed and scattered the people.

Finding that he could not succeed with all the people, he thought he would try a few, so he selected Abraham and his descendants. Again he failed, and his chosen people were captured by the Egyptians and enslaved for four hundred years.

Then he tried again—rescued them from Pharaoh and started for Palestine.

Then he changed their diet, allowing them to eat only the beasts that parted the hoof and chewed the cud. Again he failed. The people hated him, and preferred the slavery of Egypt to the freedom of Jehovah. So he kept them wandering until nearly all who came from Egypt had died. Then he tried again—took them into Palestine and had them governed by judges.

This, too, was a failure—no schools, no Bible. Then he tried kings, and the kings were mostly idolaters.

Then the chosen people were conquered and carried into captivity by the Babylonians.

Then they returned, and Jehovah tried prophets—howlers and wailers—but the people grew worse and worse. No schools, no sciences, no arts, no commerce. Then Jehovah took upon himself flesh, was born of a woman, and lived among the people that he had been trying to civilize for several thousand years. Then these people, following the law that Jehovah had given them in the wilderness, charged this Jehovah-man—this Christ—with blasphemy; tried, convicted and killed him.

Then he deserted the Jews and turned his attention to the rest of the world.

And now the Jews, deserted by Jehovah, persecuted by Christians, are the most prosperous people on the earth. Again has Jehovah failed.

IS THE OLD TESTAMENT INSPIRED?

If it is, it should be a book that no man—no number of men—could produce.

It should contain the perfection of philosophy.

It should perfectly accord with every fact in nature.

There should be no mistakes in astronomy, geology, or as to any subject or science.

Its morality should be the highest, the purest.

Its laws and regulations for the control of conduct should be just, wise, perfect, and perfectly adapted to the accomplishment of the ends desired.

It should contain nothing calculated to make man cruel, revengeful, vindictive or infamous.

It should be filled with intelligence, justice, purity, honesty, mercy and the spirit of liberty.

It should be opposed to strife and war, to slavery and lust, to ignorance, credulity and superstition.

It should develop the brain and civilize the heart.

It should satisfy the heart and brain of the best and wisest.

It should be true.

Does the Old Testament satisfy this standard?

Is there anything in the Old Testament—in history, in theory, in law, in government, in morality, in science—above and beyond the ideas, the beliefs, the customs and prejudices of its authors and the people among whom they lived?

Is there one ray of light from any supernatural source?

The ancient Hebrews believed that this earth was the centre of the universe, and that the sun, moon and stars were specks in the sky.

With this the Bible agrees.

They thought the earth was flat, with four corners; that the sky, the firmament, was solid—the floor of Jehovah’s house.

The Bible teaches the same.

They imagined that the sun journeyed about the earth, and that by stopping the sun the day could be lengthened.

The Bible agrees with this.

They believed that Adam and Eve were the first man and woman; that they had been created but a few years before, and that they, the Hebrews, were their direct descendants.

This the Bible teaches.

If anything is, or can be, certain, the writers of the Bible were mistaken about creation, astronomy, geology; about the causes of phenomena, the origin of evil and the cause of death.

Now, it must be admitted that if an Infinite Being is the author of the Bible, he knew all sciences, all facts, and could not have made a mistake.

If, then, there are mistakes, misconceptions, false theories, ignorant myths and blunders in the Bible, it must have been written by finite beings; that is to say, by ignorant and mistaken men.

Nothing can be clearer than this.

For centuries the Church insisted that the Bible was absolutely true; that it contained no mistakes; that the story of creation was true; that its astronomy and geology were in accord with the facts; that the scientists who differed with the Old Testament were infidels and atheists.

Now this has changed. The educated Christians admit that the writers of the Bible were not inspired as to any science. They now say that God, or Jehovah, did not inspire the writers of his book for the purpose of instructing the world about astronomy, geology or any science. They now admit that the inspired men who wrote the Old Testament knew nothing about any science, and that they wrote about the earth and stars, the sun and moon, in accordance with the general ignorance of the time.

It required many centuries to force the theologians to this admission. Reluctantly, full of malice and hatred, the priests retired from the field, leaving the victory with science.

They took another position:

They declared that the authors, or rather the writers, of the Bible were inspired in spiritual and moral things; that Jehovah wanted to make known to his children his will and his infinite love for his children; that Jehovah, seeing his people wicked, ignorant and depraved, wished to make them merciful and just, wise and spiritual, and that the Bible is inspired in its laws, in the religion it teaches and in its ideas of government.

This is the issue now. Is the Bible any nearer right in its ideas of justice, of mercy, of morality or of religion than in its conception of the sciences?

Could a devil have done worse?

In war it raised the black flag; it commanded the destruction, the massacre, of all—of the old, infirm, and helpless—of wives and babes.

Were its laws inspired?

Hundreds of offenses were punished with death. To pick up sticks on Sunday, to murder your father on Monday, were equal crimes. There is in the literature of the world no bloodier code. The law of revenge—of retaliation—was the law of Jehovah. An eye for an eye, a tooth for a tooth, a limb for a limb.

Is it just and reasonable?

The Bible is opposed to religious toleration—to religious liberty. Whoever differed with the majority was stoned to death. Investigation was a crime. Husbands were ordered to denounce and to assist in killing their unbelieving wives.

It is the enemy of Art. “Thou shalt make no graven image.” This was the death of Art.

Palestine never produced a painter or a sculptor.

Is the Bible civilized?

It upholds lying, larceny, robbery, murder, the selling of diseased meat to strangers, and even the sacrifice of human beings to Jehovah.

It teaches that the sins of a people can be transferred to an animal—to a goat. It makes maternity an offense, for which a sin offering had to be made.

To make hair-oil like that used by the priests was an offense punishable with death.

The blood of a bird killed over running water was regarded as medicine.

Would a civilized God daub his altars with the blood of oxen, lambs and doves? Would he make all his priests butchers? Would he delight in the smell of burning flesh?

SOURCE-ABOUT THE HOLY BIBLE -A Lecture By Robert G. Ingersoll 1894