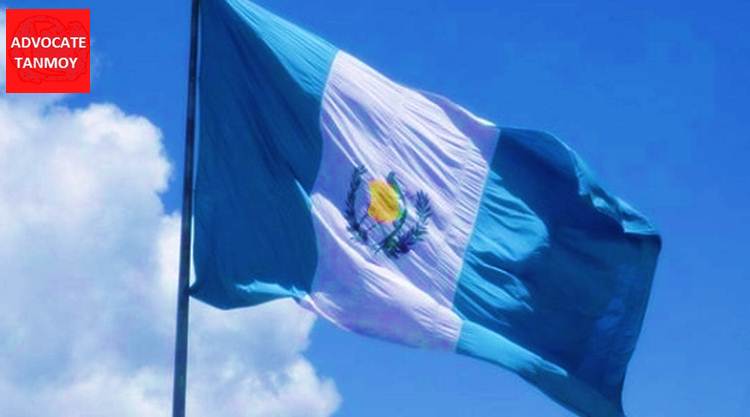 Following a bilateral meeting with Guatemalan President Giammattei, and in light of the U.S. desire to partner with Guatemala to address the economic, governance, and security conditions influencing out-migration, Vice President Harris announces the following:

The Department of Justice, with support from the Department of State, will create an anticorruption task force that will include U.S. prosecutors and law enforcement experts to investigate and prosecute corruption cases with a nexus in the United States, Guatemala, and the region. The task force will include three components: 1) increased focus of the global Kleptocracy Initiative to prosecute corruption cases and seize illicitly gained assets arising from corruption in Guatemala, El Salvador, and Honduras 2) expand the number of Resident Legal Advisors to provide capacity-building, training, and case-based mentoring to the Guatemalan Public Ministry, including the Special Prosecutor Against Impunity (FECI), to build corruption cases, and 3) a rapid response capability to deploy U.S. prosecutors and law enforcement experts to provide mentorship to develop corruption cases.

The Department of Justice, with support from the Department of State, will create a regional task force to identify, disrupt, and prevent migrant smuggling and human trafficking operations. The task force will work with U.S. law enforcement counterparts in the region to track migrant smuggling and human trafficking operations, share intelligence, and plan coordinated enforcement actions.

USAID will provide up to $40 million over three years to launch the Young Women’s Empowerment Initiative that will focus on creating opportunities for young, primarily indigenous women, who face substantial gender gaps. Activities will strengthen efforts to prevent and combat pervasive gender-based violence and trafficking in persons from areas of high out-migration while increasing access to justice, education and economic opportunities, and health and social services.
Increase Economic Opportunity ($48 million total)

USAID will provide up to $7.5 million over three years, and leverage at least $22.5million from the private sector, to support entrepreneurs and innovators – including women, youth, and indigenous people – who are creating technology-driven, market-led solutions to development challenges in regions of high out-migration. Support will be directed toward entrepreneurs and businesses that are working in multiple sectors, including renewable energy, climate resilience, health, water and sanitation, telemedicine, agriculture, fintech, and education. Initial private sector partners include the Argidius Foundation, PriceSmart Foundation, IDC-Alterna, Pomona Impact, Ascenda, and Valhalla Capital which have committed to invest and grant over $10 million in support of this initiative.

DFC will provide a $19.5 million loan to Destino Desarollos (Destiny Developments) to help build approximately 1,800 homes and associated infrastructure in Guatemala’s secondary and tertiary cities of Quetzaltenango, Coban, and Fraijanes, which have high rates of out-migration. This project will create safe and affordable family housing and support hundreds of local jobs within the community.

Investment to Support Agri-business in Guatemala.

DFC will seek to invest $6 million in a project with Agro Atlantic that will help expand a banana plantation. The project will also help create hundreds of new jobs, including for women, in central Guatemala.

DFC will seek to provide a $15 million loan portfolio guaranty facility to Banco Internacional to help increase lending to local micro, small, and medium businesses particularly to those businesses operating in the western highlands and other areas of Guatemala where there are high rates of out-migration.

Today, the Department of Justice will file a brief in the Supreme Court in the case United States v. Vaello-Madero, which addresses whether a provision in the Social Security Act that declines to provide Puerto Rico residents with Supplemental Security Income (SSI) violates the Constitution’s equal protection principle.

This provision is inconsistent with my Administration’s policies and values. However, the Department of Justice has a longstanding practice of defending the constitutionality of federal statutes, regardless of policy preferences. This practice is critical to the Department’s mission of preserving the rule of law. Consistent with this important practice, the Department is defending the constitutionality of the Social Security Act provision in this case.

As I have stated, I believe that Puerto Rico residents should be able to receive SSI benefits, just like their fellow Americans in all 50 states and Washington D.C. I call on Congress to amend the Social Security Act to extend these benefits to residents of Puerto Rico. And as I reiterated in my first budget request, I also support eliminating Medicaid funding caps for Puerto Rico and moving toward parity for the Supplemental Nutrition Assistance Program to align with States. These steps, along with the American Rescue Plan, which included an enhanced Child Tax Credit for families and a permanent federal match expansion to the Earned Income Tax Credit program, will provide families in Puerto Rico an equal chance to get ahead. As I’ve said before, there can be no second-class citizens in the United States of America. My Administration will work with members of Congress to make these legislative fixes a reality.