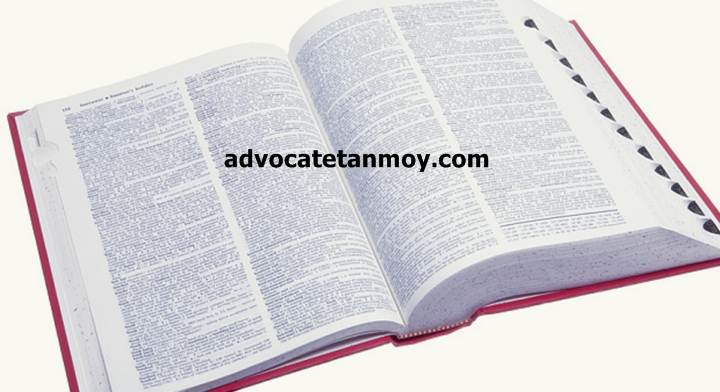 The former is a tenant at sufferance in English Law and the latter a tenant holding over or a tenant at will. In view of the concluding words of Section 116 of the Transfer of Property Act, a lessee holding over is in a better position than a tenant at will. The assent of the landlord to the continuance of possession after the determination of the tenancy will create a new tenancy. What the section contemplates is that on one side there should be an offer of taking a new lease evidenced by the lessee or sub-lessee remaining in possession of the property after his term was over and on the other side there must be a definite consent to the continuance of possession by the landlord expressed by acceptance of rent or otherwise.

In Kai Khushroo Bezonjee Capadia v. Bai Jerbai Hirjibhoy Warden and Anr. [1949-50] F.C.R. 262 the Federal Court had occasion to consider the question of the nature of the tenancy created u/s 116 of the Transfer of Property Act and Mukherjea J. speaking for the majority said, that the tenancy which is created by the “holding over” of a lessee or under-lessee is a new tenancy in law even though many of the terms of the old lease might be continued in it, by implication; and that to bring a new tenancy into existence, there must be a bilateral act. It was further held that the assent of the landlord which is founded on acceptance of rent must be acceptance of rent as such and in clear recognition of the tenancy right asserted by the person who pays it. Patanjali Sastri J., in his dissenting judgment, has substantially agreed with the majority as regards the nature of the tenancy created by Section 116 of the Transfer of Property Act, and that is evident from the following observations :-

Turning now to the main point, it will be seen that the section postulates the lessee remaining in possession after the determination of the lease which is conduct indicative, in ordinary circumstances of his desire to continue as a tenant under the lessor and implies a tacit offer to take a new tenancy from the expiration of the old on the same terms so far as they are applicable to the new situation, and when the lessor assents to the lessee so continuing in possession, he tacitly accepts the latter’s offer and a fresh tenancy results by the implied agreement of the parties. When, further, the lessee in that situation tenders rent and the lessor accepts it, their conduct raises more readily and clearly the implication of an agreement between the parties to create a fresh tenancy.

Mere acceptance of amounts equivalent to rent by a landlord from a tenant in possession after a lease had been determined, either by efflux of time or by notice to quit, and who enjoys statutory immunity from eviction except on well defined grounds as in the Act, cannot be regarded as evidence of a new agreement of tenancy. In Ganga Dutt Murarka Vs. Kartik Chandra Das and Others, this Court observed as follows :-

By the Rent Restriction Statutes at the material time, Statutory immunity was granted to the appellant against eviction, and acceptance of the amounts from him which were equivalent to rent after the contractual tenancy had expired or which were fixed as standard rent did not amount to acceptance of rent from a lessee within the meaning of Section 116, Transfer of Property Act. Failure to take action which was consequent upon a statutory prohibition imposed upon the courts and not the result of any voluntary conduct on the part of the appellant did not also amount to “otherwise assenting to the lessee continuing in possession”. Of course, there is no prohibition against a landlord entering into a fresh contract of tenancy with a tenant whose right of occupation is determined and who remains in occupation by virtue of the statutory immunity. Apart from an express contract, conduct of the parties may undoubtedly justify an inference that after determination of the contractual tenancy, the landlord had entered into a fresh contract with the tenant, but whether the conduct justifies such an inference must always depend upon the facts of each case. Occupation of premises by a tenant whose tenancy is determined is by virtue of the protection granted by the statute and not because of any right arising from the contract which is determined. The statute protects his possession so long as the conditions which justify a lessor in obtaining an order of eviction against him do not exist. Once the prohibition against the exercise of jurisdiction by the Court is removed, the right to obtain possession by the lessor under the ordinary law springs into action and the exercise of the lessor’s right to evict the tenant will not unless the statute provides otherwise, be conditioned.

In Davies v. Bristow [1920] 3 K.B 428 the Court held that where a tenant of a house to which the Increase of Rent, & c. (War Restrictions) Acts apply, holds ever after the expiry of a notice to quit, and pays rent, the landlord is not to be taken by accepting it to assent to a renewal of the tenancy on the old terms, for he has no choice but to accept the rent; he could not sue in trespass for mesne profits, for those Acts provide that the tenant, notwithstanding the notice to quit, shall not be regarded as a trespasser so long as he pays the rent and performs the other conditions of the lease. In Morrison v. Jacobs [1945] 1 K.B. 577, Scott L.J. said :

The sole question before the court is whether after the expiration of the contractual tenancy the mere fact of the landlord receiving rent for the dwelling house from the tenant affords any evidence that the landlord had entered on a new contractual tenancy to take the place of the tenancy which had expired. In my opinion, it does not. The true view is that the landlord takes the rent, knowing that the tenant is granted a statutory tenancy by the Rent Restrictions Acts and that his right to gain possession of his dwelling house depends entirely on his establishing that he brings himself within the conditions laid down by the Acts.

At common law, if at the expiration of a tenancy a landlord has acquired a right to claim possession against his tenant and instead of exercising that right he allows him to remain in the house and accepts rent from him as before, the parties by their conduct may, with reason, be held to have entered into a new contract of demise. But the essential factor in those circumstances is that the landlord voluntarily abstains from turning the tenant out. When the tenant remains in possession, not by reason of any such abstention by the landlord, but because the Rent and Mortgage Interest Restrictions Acts deprive the landlord of his former power of eviction, no such inference can properly be drawn. That is the very obvious and cogent basis of the decision in Davies v. Bristow.

Tags: Effect of holding over SEC 116 TPA Tenant at sufferance

What is the doctrine of legitimate expectation

What is the doctrine of legitimate expectation