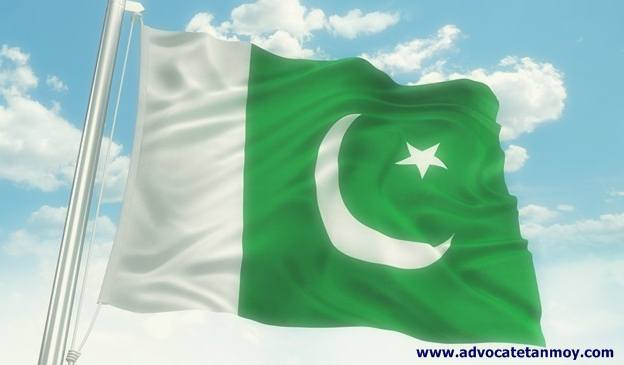 In exercise of the powers conferred by Article 19 of the Political Parties Order, 2002 (Chief Executive’s Order No. 18 of 2002), the Election Commission, with the approval of the President, is pleased to make the following rules:-

1. Short title and commencement.-(1) These rules may be called the Political Parties Rules, 2002.

(2) They shall come into force at once.

2. Definitions.–(1) In these rules, unless there is anything repugnant in the subject or context-

(a) “Article” means an article of the Order;

(b) “Form” means a form appended to these rules;

(d) “Party Leader” means the head of a political party duly elected in accordance
with the constitution of the political party and the provisions of the Order by whatever name designated.

(2) The words and expressions used but not defined herein shall have the
meanings as assigned to them in the Order.

(a) within ten days of its formation; or

(b) which is already in existence, within ten days of the publication of these rules
in the official Gazette,

shall provide to the Election Commission a printed copy of its constitution along with a certificate duly attested by the Party Leader that its constitution is in conformity with the requirements of the Order.

4. Submission of statement of accounts.-Every political party shall maintain its accounts in the manner set-out in Form-I indicating its income and expenditure, sources of funds, assets and liabilities and shall, within sixty days from the close of each financially year (July–June), submit to the Election Commission a consolidated statement of accounts of the party audited by a Chartered Accountant, accompanied by a certificate, duly signed by the Party Leader to the effect that no funds from any source prohibited under the Order were received by the party and that the statement contains an accurate financial position of the party.

6. Confiscation of prohibited funds.-Where the Election Commission decides that the contributions or donations, as the case may be, accepted by the political parties are prohibited under clause (3) of Article 6, it shall, subject to notice to the political party concerned and after giving an opportunity of being heard, direct the same to be confiscated in favour of the State to be deposited in Government Treasury or sub-Treasury in the following head of the account:-

(2) The Election Commission shall, after satisfying itself that the certificate fulfils the requirements of Article 11 and 12 of the Order, publish the certificate including the details of election in the official Gazette.

11. Mode of submission of documents.-The constitution, certificates, documents, etc., to be submitted to the Election Commission, as required under the Order shall be delivered through an office bearer of the party, duly authorised by the Party Leader and shall not be entertained through post, fax, courier service or any other mode.

12. General.-The Election Commission may, from time to time, prescribe such proformae as it may deem necessary for carrying out the purposes of the Order.