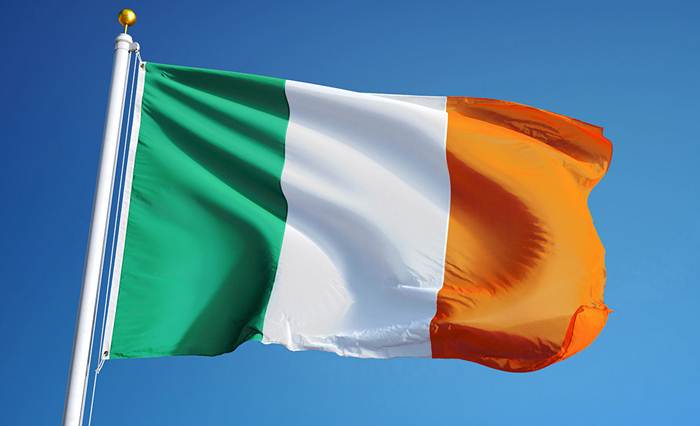 The situation in the Middle East, including the Palestinian question

Thank you for convening today’s debate on this important topic. I also thank Under Secretary General DiCarlo and Assistant Secretary General Meuller for their briefings. Ireland aligns itself with the statement delivered today by Portugal on behalf of 27 EU Member States.

Ireland remains committed to a negotiated two-state solution that ends the occupation which began in 1967, ending all claims, and fulfilling the aspirations of both parties, including Israeli and Palestinian security needs and Palestinian aspirations for statehood and sovereignty, on the basis of international law, internationally agreed parameters and relevant UN Security Council resolutions.

We know that such an outcome will greatly benefit both the Palestinian and the Israeli peoples, and contribute significantly to stability in the wider region.

This accords with the European Union’s firm position, as set out on numerous occasions, and with the General Assembly resolution of 6 December 2018 on a Comprehensive, just and lasting peace in the Middle East, which Ireland was proud to introduce, and which was overwhelmingly endorsed.

Today’s debate comes at a critical moment. Three years have passed since the adoption of Security Council Resolution 2334, but we have seen no progress, and the situation on the ground continues to deteriorate. The acceleration of settlement activity, the continued occupation of the West Bank, including East Jerusalem, the maintenance of the Gaza blockade, as well as the constant threat of violence, extremism, terrorism and incitement, are eroding the very viability of the two-state solution and the prospects for peace.

In December, Special Coordinator Mladenov informed the Security Council that plans for over 22,000 settlement units have been advanced or approved in the West Bank, including East Jerusalem, in the last three years. We are deeply concerned by this acceleration in settlement activity, and by recent statements on annexation of the Jordan Valley. Annexation would constitute a very serious violation of international law.

We must not forget the deadly toll that this conflict continues to take. The last three years have seen the loss of hundreds of civilian lives, thousands of injuries to civilians and major damage to civilian objects, including due to airstrikes and to the indiscriminate firing of rockets into Israel. In Gaza, a shockingly high proportion of casualties have been children.

In December, Ireland’s Deputy Prime Minister and Minister for Foreign Affairs, Simon Coveney, again visited Israel and the occupied Palestinian territory. In his meetings with Prime Minister Netanyahu and President Abbas, he reiterated Ireland’s readiness to support efforts towards a two-state solution.

He firmly conveyed Ireland’s concerns about the impact of the occupation, including settlements and the blockade of Gaza, and he met with communities both in Gaza and in Israel which are affected by the continuing violence. He reiterated Ireland’s strong support for UNRWA. He also welcomed progress towards new Palestinian elections, which deserve international support. These elections will constitute an important step towards intra-Palestinian reconciliation, giving a voice to Palestinians throughout the occupied Palestinian territory, in the West Bank, including East Jerusalem, and in Gaza.

Minister Coveney’s regular visits to the region reflect the high priority that the Irish people continue to give to the Middle East Peace Process. Long though this conflict has endured, we believe that we, the international community, have a responsibility to continue to hope and work for a solution. The Security Council has a particularly important role and we, as an aspiring member, will work to ensure it meets its responsibilities.

I will now briefly turn to the situation in Syria.

We remain deeply concerned about the plight of the Syrian people, particularly in the north-east and the north-west of the country. In the north-west, the government offensive has led to a large number of civilian casualties and new displacement. We welcome the decision of the UN Security Council to extend the authorisation for cross-border humanitarian assistance, but are deeply disappointed that authorisation was not extended for all border crossings.

Ireland strongly condemns all violations of international law in Syria. Those responsible for such violations must be held accountable, and we reiterate our call for the situation to be referred to the International Criminal Court. We also reiterate our support for the Commission of Inquiry and the International, Impartial and Independent Mechanism (IIIM). We welcome the recent decision of the General Assembly to provide funding for the IIIM from the UN regular budget.

Ireland reiterates its support for the work of UN Special Envoy Geir Pedersen, and his efforts to bring about a genuine, inclusive and comprehensive political solution in Syria, based on Resolution 2254.

Finally, on Libya, Ireland welcomes the outcome of Berlin conference, and calls on all parties to rapidly agree a ceasefire and move forward towards a political solution.