Skip to content
Library Home » Light Page » Educate our daughters with same care that we educate our sons: Boris Johnson 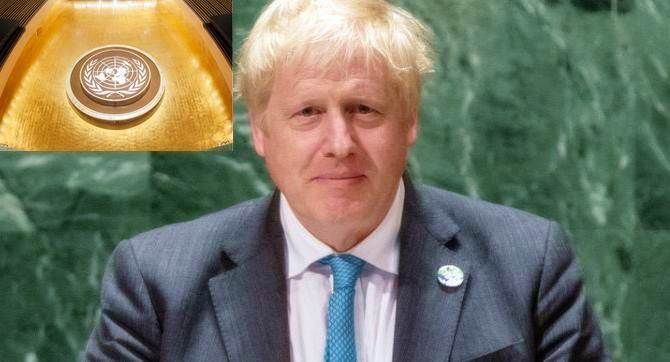 For centuries human beings have been in search of a panacea, a cure for all ills, a philosophers’ stone that could turn dross into gold.

After two years as Foreign Secretary, I have concluded that we could go a long way towards solving many of the world’s most serious problems – from infant mortality to unemployment to unsustainable population growth – if only we could provide every girl in the world with at least 12 years of quality education.

At this moment, 130 million girls are not in the classroom. Female illiteracy in some countries exceeds 60 per cent, not least because of bigoted fanatics who do all they can to stop girls from going to school.

In northern Nigeria, the terrorists of Boko Haram are waging a demented campaign against female education, raiding schools and abducting children. When I visited Borno state last year, I met girls who had been told they would be shot if they dared learn to read, as the Taliban shot Malala.

I am lost in admiration for those who defy these threats and press on with their studies – and for the teachers who are brave enough to help. But the reality is that almost 800 million adults across the world cannot read or write and two thirds of them are women.

Think of the squandered talent and the opportunity cost to humanity contained in that figure. But just imagine what we could achieve if we turned this upside down and ensured that every girl received the education they deserve.

The conclusion is obvious: educating our daughters with the same care that we educate our sons is the single most powerful spur to development and progress.

This year, the British Government has devoted an extra £500 million to female education, benefiting 1.5 million girls around the world. At the Commonwealth summit in London in April, all 53 countries endorsed the goal of 12 years of quality education for every girl.

But the material benefits should not be the sole or even the primary reason why we must achieve this target. It’s not just that universal female education will make us more prosperous and expand our GDPs – though it will.

We should educate girls because it is manifestly right in and of itself. We can build the schools and train the teachers and surmount all of the other barriers: in the end, it is only a question of priorities and of will.

History of the Common Law right of ‘access to justice’

History of the Common Law right of ‘access to justice’