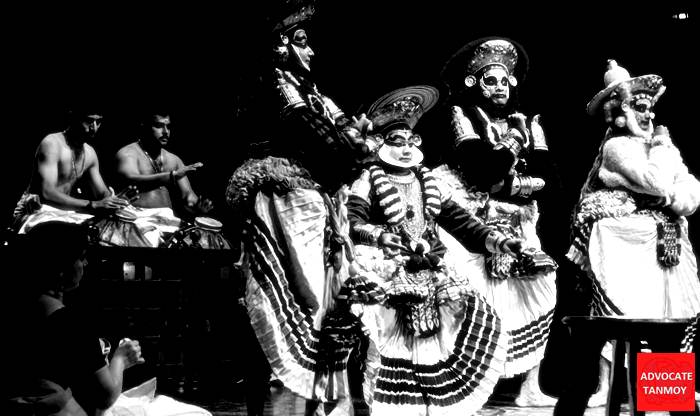 The main task of the IASS (International Association of Sanskrit Studies) is to organise a WSC (World Sanskrit Conference), usually every three years (since 1972) in different parts of the world where there is a tradition of Sanskrit and allied studies. Institutions propose to host a WSC and the final decision of the venue is generally taken at the IASS General Assembly Meeting of the members at least six years in advance.

The 16th World Sanskrit Conference was held in Bangkok, Thailand, from 28th June till 2nd July 2015, co-organised by the International Association of Sanskrit Studies and the Sanskrit Studies Centre, Silpakorn University in Bangkok, Thailand. The venue was the Renaissance Hotel. This WSC was under the patronage of HRH Princess Maha Chakri Sirindhorn, in whose honour it was held on the occasion of her birthday.

Her Excellency Mrs Sushma Swaraj, the Minister of External Affairs, India, was the Guest of Honour. She delivered the Opening Address in rhetorically pleasant and chaste Sanskrit saying, among other things, that the World Sanskrit Conference shows that the ‘world is indeed one family’.

The President of the IASS Professor Vempaty Kutumba Sastry also spoke in Sanskrit at this Inaugural Session in which, among other things, he highlighted the significance and contribution of the Sanskrit language.

The plenary session ended with views presented by four experts in diferent felds about various aspects related to Sanskrit.

In the evening of the first day Her Excellency Mrs Sushma Swaraj, the Minister of External Affairs, India, hosted a gala dinner for HRH and all the participants of WSC. HE Mrs Swaraj welcomed everyone in a short speech, again in pleasant Sanskrit. The highlight of the dinner was a Khon performance of song and dance by Thai artistes accompanied with live music, depicting scenes from the Rāmāyaṇa. After the dinner everyone present was given a bag by the Indian Ministry containing Kālidāsa’s Ābhijñanaśakuntalam, as a token of remembrance.

On the evening of the next day, after all the papers were presented at the conference, there was a most enjoyable dramatic presentation in Sanskrit of Karṇa-bhāram by Bhāsa. A group of artistes from Jñāna- Pravāha, Centre for Cultural Studies and Research, Vārāṇasī, were especially invited by the Indian Council for Cultural Relations for this cultural programme related to the WSC.

The WSC in Bangkok was organised in 21 Sections in addition to 8 Panels where scholars in Sanskrit and related felds presented their papers, allowing a short time also for interesting discussions. These included: Veda and Vedic Literature, Epics, Purāṇas, Āgama and Tantra, Linguistics, Grammar, Poetry, Drama and Aesthetics, Buddhist and Jaina Studies, Vaisṇavism and Śaivism, History of Religions and Ritual Studies, Sanskrit in Southeast Asia, Philosophy, History, Art and Architecture, Epigraphy, Sanskrit in Relation with Regional Languages and Literatures, Sanskrit, Science and Scientifc Literature, Sanskrit Pedagogy and Contemporary Sanskrit Writings, Sanskrit and the IT World, Yoga and Āyurveda, Sūtra, Smṛti and Śāstra, and Manuscriptology. Some of the independent Panels included Nāṭya-śāstra and its Various Dimensions, the Caraka-saṃhitā as a Mirror of South Asian Cultural History, the Vrātya Culture in Vedic Sources, etc., with intensive discussions in each case.

The Sanskrit Studies Centre, Bangkok, invited all the participants to a special dinner before the last day of the Conference, at which a programme of dance and drama was also organised. The last day began with the customary gathering of Sanskrit poets who presented their latest compositions. There was also a meeting of traditional scholars who discussed in Sanskrit various aspects related to Sanskrit and its literature.

After the General Assembly Meeting of the IASS, the valedictory session was chaired by the Vice Chancellor of the Rashtriya Sanskrit Sansthan, New Delhi, Professor P.N. Shastry. At this occasion information about the publication of volumes 37–39 of the New Catalogus Catalogorum was presented to the assembly by the editor Professor Siniruddha Dash. The 16th World Sanskrit in Bangkok was then declared adjourned with fnal short addresses by the local organisers under the able guidance of Professor Chirapat Prapandvidya, the former Director of the Sanskrit Studies Centre in Bangkok.

As is usual at a WSC, the IASS holds its business meetings, discussing various aspects of the Association and preparing the agenda for the General Assembly Meeting at the end of the conference where the IASS members are informed about matters related to the Association and, if necessary, to vote on certain issues requiring their approval. On the eve of the inaugural session of the conference the IAAS Board met on 27th June 2015. Further, the meeting of the Consultative Committee of the IASS was held on 30th June. The relevant IASS matters and resolutions of these meetings were reported in the General Assembly Meeting on 2nd July 2015 and, wherever necessary, decisions were taken.

All these meetings were organized systematically by the President and Secretary General of the IASS. Among the decisions taken at the General Assembly Meeting, it was confirmed that the 17th WSC will be held in Vancouver, Canada, in 2018 and in Canberra, Australia, in 2021. Moreover, it was recommended that the sections of a WSC should have at least 21 Sections with their Sanskrit nomenclatures. These sections will be announced when the minutes of the meetings are published in Indologica Taurinensia, the official organ of the IASS.