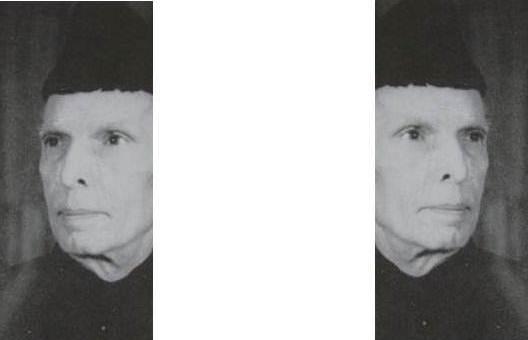 Speech by Muhammad Jinnah on the partition of Bengal and the Punjab, 4th May 1947

MOVE TO PARTITION PUNJAB AND BENGAL

I and B. Department,

Following is the text of Mr. Jinnah’s statement opposing partition of the Punjab and Bengal:-

” I find from press reports that Congress has now started by emphasising that in the event of Pakistan and Hindustan being established, the Punjab will be partitioned, and the Hindu Mahasabha has started vigorous propaganda that Bengal should be partitioned.

” I should like to point out that there is a great deal of confusion created on purpose. The question of a division of India, as proposed by the Muslim League, is based on the fundamental fact that there are two nations- Hindus and Muslims- and the underlying principle is that we want a national home and a national state in our homelands which are predominately Muslim and compromise the six units of the Punjab, the N.W.F.P., Sind, Baluchistan, Bengal and Assam. This will give the Hindus their national home and a national state of Hindustan, which means three-fourths of British India.

” Now the question of partitioning Bengal and the Punjab is raised, not with a ‘bona fide’ object, as a sinister move actuated by spite and bitterness, as they feel that India is going to be divided, firstly to create more difficulties in the way for the British Government and the Viceroy and secondly to unnerve the Muslims by opening and repeatedly emphasising that the Muslims will get a truncated or mutilated moth-eaten Pakistan. This clamour is not based on any sound principle, except that the Hindu minorities in the Punjab and Bengal wish to cut up these provinces and cut up their own people into two in these Provinces. The Hindus have their homelands, as I have said, consisting of six vast Provinces. Merely because a proportion of the minorities in the Pakistan Provinces have taken up this attitude with the British Government should not countenance it, because the result of that will be logically that all other Provinces will have to be cut up in similar way, which will be dangerous, as to embark on this line will lead to a breaking up of various Provinces and create a far more dangerous situation in the future than at present. If such a process were to be adopted it will strike at the root of the administrative, economic and political life of the Provinces which have for nearly a century developed and built up on that basis and have grown as functioning under present constitution as autonomous provinces.

It is obvious that if the Hindu minorities in Pakistan wish to emigrate and go to their homelands of Hindustan they will be at liberty to do so and ‘vice versa’ and those Muslims who wish to emigrate from Hindustan can do so and go to Pakistan; and sooner or later an exchange of population will have to take place and Constituent Assemblies of Pakistan and Hindustan can take up the matter and subsequently the respective Governments in Pakistan and Hindustan can effectively carry out an exchange of population wherever it may be necessary and feasible”.

Dr. Rajendra Prasad, President of the Constitituent Assembly, in press interview on April 30th, declared that if there was to be a division of India, and Mr. Jinnah insisted on it, it should be as complete and thorough as possible, including the division of the Punjab and Bengal, so that there might not be left any room for contention or conflict. “If that requires division of defence forces, that should also be brought about, and the sooner the better”. Neither Congress nor the Hindus or Sikhs, said Dr, Rajendra Prasad, ever wanted the division of India. It was the Muslim League and Mr. Jinnah who had been insisting on it.

Recalling the Muslim League’s Lahore resolution on the division of India, which demanded the demarcation of contiguous units with the necessary territorial adjustments and the creation of independent states out of zones where Muslims were numerically in the majority, Dr. Rajendra Prasad says the division of the Punjab and Bengal was in terms of that resolution. According to that resolution, the League cannot demand any areas to be included into Muslim zones which are not contiguous and in which Muslims are not numerically in a majority. “If areas of the Punjab and Bengal where Muslims are not in a majority demand fulfilment of the League’s resolution, how does it lie in the mouth of Mr. Jinnah to accuse them and abuse them. He cannot have it both ways.” If division was insisted on, it could only be on a basis which suited both parties and not him alone.

Referring to Mr. Jinnah’s remark that partition of the Punjab and Bengal would disrupt the life of the Provinces, Dr Rajendra Peasad said: “He forgets he is responsible for disrupting these and many more valuable ties which have been forged in the course of centuries, by seeking to divide India.”