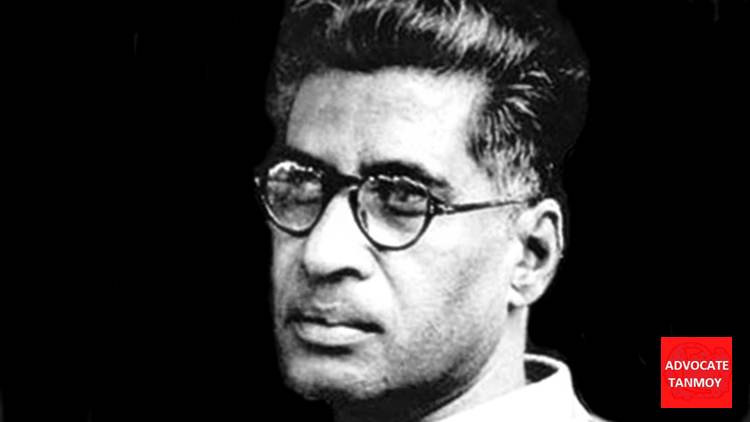 Out of 228 men put on trial for “rioting and arson” at Chauri Chaura, 172 have been sentenced to death, and six men have practically suffered the same penally, because they died in jail of maltreatment during the trial, which lasted almost a full year. Even the records of the British government in India cannot produce an instance of imperialist “justice” which surpasses this one in its majestic vindictiveness and brutality.

The incidents that led up to this legalized murder were as follows: In February 1921, the agrarian revolt in the United Provinces, where Feudalism reigns supreme, had reached a very acute stage. Ignorant of the social revolutionary character of this discontent of the poor peasantry, the nationalist Non-Cooperators turned towards this spontaneous outburst to utilize it for their political agitation. The result was that the rebellious peasantry readily responded to the call of the nationalist agitators, and took up the slogans of Non-Cooperation. It was just at the time when the Congress and particularly Gandhi, was talking very much about Mass Civil Disobedience, the main slogan of which was to be non-payment of rents and taxes. This electrified the imagination of the exploited peasantry, weighed down generation after generation under exhorbitant land rents, and innumerable kinds of feudal dues exacted by the landlords. The vision of the day when they would not have to bear all these burdens inspired the peasantry who, all over the province, rose in revolt to overthrow the British Raj, which to them was Landlord-Raj, and to establish “Swaraj”, which they called Gandhi Raj. The entire province was like a volcano and. the authorities were extremely alarmed.

Thousands of villagers joined the Congress Volunteer Corps, and in addition to the campaign of attack against the properties of the landlords, took active part in the picketing of the sale of foreign articles and liquor in the market places. Everywhere they came into conflict with the police forces. On February 2, the volunteer pickets were fired upon by the armed police in a market, owned by a landlord notorious for his loyalty to the government and tyranny over the tenants. Two days later the Volunteer Corps, swelled to almost 3,000 strong by peasants from the adjoining villages, decided to renew their activities in the same bazaar. On their way they had to pass by the Police Station at Chauri Chaura, at which point they were attacked by the police. After some exchange of brick bats, the police opened fire on the crowd, which grew furious and attacked the police Station, set fire to it and 21 policemen were killed in the affray. Naturally the casualties on the other side must have been much greater, in view of the fact that while every one in the Police Station used firearms, the volunteers had scarcely any. The government has always been very careful in putting the number of the killed and wounded among the volunteers as low as possible. But it is not hard to imagine the result of firing Volleys on a crowd of over three thousand unarmed peasants. A correspondent of the loyalist press wrote: “the police must have fired on the mob in ernest, but whether it was before the rush or after it I cannot say”.

From Chauri Chaura, the revolt spread in all directions; but the forces of law and order were mercilessly brought to bear upon the situation, and what would otherwise have been a peaceful demonstration of the exploited masses ended in a bloodbath. Armed Police and military forces were used freely to “protect life and property” and scores of lives of the expropriated peasantry were sacrificed. In a few days, a government communiqué declared the “situation well in hand” all the centres of disturbance being “under military control”.

Thus was drowned in blood the voice of the exploited peasantry, driven to premature action by government provocation, and the ignorance of the nationalist agitators. Hundreds of arrests were made; 228 of the prisoners were finally sent up for trial. They were charged with “murder, arson and being members of an unlawful assembly”. After a trial which lasted 8 months, bourgeois justice has pronounced its verdict: 172 will be “hanged by the neck until dead”.

The facts speak for themselves. No comments are necessary. This justice surpasses in brutality the doctrine of “an eye for an eye and a tooth for a tooth”. 172 lives must be taken to pay for 22. But bourgeois justice conveniently forgets about scores of poor peasantry that fell before the rifles of the police and military. Who is going to avenge these soldiers of freedom? Not bourgeois justice, but their own class when victorious. The reason for such brutal ferocity is that in Chauri Chaura, and the incidents that preceded and followed it, the growth of a force threatening the rights of the landlords, was to be noticed. British Imperialism has proved how ably it will defend the property of those loyal to it. 172 lives will be sacrificed on the altar of Landlordism in league with Imperialism. A lesson for the Nationalists.