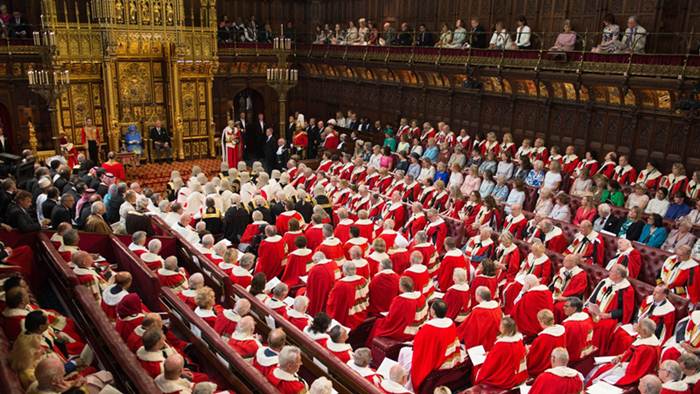 Whether the Treason Acts are still in force and, if so, what are the criteria for a prosecution under them.

My Lords, I beg leave to ask the Question standing in my name on the Order Paper.

The Question was as follows:

To ask Her Majesty’s Government whether the Treason Acts are still in force and, if so, what are the criteria for a prosecution under them.

My Lords, I believe that I should declare an interest: one of the types of conduct constituting treason is killing the Lord Chancellor. I shall now proceed to answer my noble friend’s Question. A number of Treason Acts, including that of 1351, are still in force. The criteria—which are of course for the prosecuting authorities—are the same as for any other offence; namely, the likelihood, on the available evidence, of securing a conviction, and the general interest of the public.

Secondly, in the event of a foreign citizen being involved in such a crime, can he be charged with high treason?
Thirdly, and speaking as one who does not agree with capital punishment, if my two previous assumptions are correct, would it not be more sensible to repeal the law so that capital punishment does not apply to high treason? Is it right to have a law of this severity lying on the statute book unused when the crime itself seems to be committed fairly frequently, and is that not an unsatisfactory state of affairs?

My Lords, there are a number of questions. Is trying to blow up Her Majesty’s Government an act of treason? Certainly it is an overt act. I suppose it would be a question for the jury, properly directed, as to whether such an act constituted,

“levying war against Her Majesty within Her Realm”or, alternatively, encompassing,”the death of the Sovereign”.The next question was about capital punishment. Yes, my Lords, the penalty under the Treason Act 1351, as amended, is death by hanging. Thirdly, on the question of foreign subjects, if my noble friend will consult, I think, Calvin’s case in 1608 he will discover that all aliens owe local allegiance to Her Majesty and therefore the charge of treason will lie against them.
On the repeal of the law, that of course will be for my right honourable friend the Home Secretary to consider; but my noble friend might care to know that the Law Commission is considering currently the question of public order offences, which I suppose includes treason. I understand that it has hit on a number of major snags and it is not known when it is likely to report.

My Lords, is my noble and learned friend aware that the abolition of capital punishment for this most serious of all offences would be highly controversial and probably would not get through Parliament?

My Lords, it is not for me to speculate as to what would get through Parliament. If one reads the Treason Act 1351 one is I think slightly puzzled by the Norman French of Stratford atte Bow. If one delves rather deeply into the various meanings attached to that statute by successive judicial interpretations one becomes more puzzled still, so that a revision of the statute law certainly could not necessarily be held to be premature.

My Lords, may I ask whether prosecuting authorities in this country now treat the offence of high treason as obsolete? I take the instance of the Birmingham bombers. There were five IRA men resident in Northern Ireland, owing allegiance to the Queen, who came over to England and joined in Birmingham an IRA man resident here. They planted a bomb which killed 21 people and wounded 80. They were arrested and charged only with murder. They were convicted of murder and sentenced to life imprisonment. Was not their act, levying war against the Queen in her Realm? Were they not guilty of high treason? Ought not the prosecuting authorities to have considered that offence and charged them with it?

My Lords, I can only say that they were both charged with and convicted of murder in that particular case. As I said in my substantive Answer, it is for the prosecuting authorities to decide according to the public interest what charge it is appropriate to bring. In the light of Joyce v. The Director of Public Prosecutions, I should be hesitant to say that the crime of treason was obsolete. In the case of using explosives it was, I think, the opinion of Lord Chief Justice Coleridge in a case called Gallagher, in about 1883, that even three people with enough explosives could be guilty of the offence.

My Lords, does the noble and learned Lord agree that a not too distantly related aspect of the criminal law of treason is the law of sedition? In the current atmosphere, particularly in the coalfields of Great Britain, would it not be prudent for the Law Officers of the Crown—all four of them—to have a review and careful consideration of the law relating to sedition?

My Lords, the Question on the Order Paper related to treason and not sedition.

The principles for granting bail under Section 37 NDPS Act