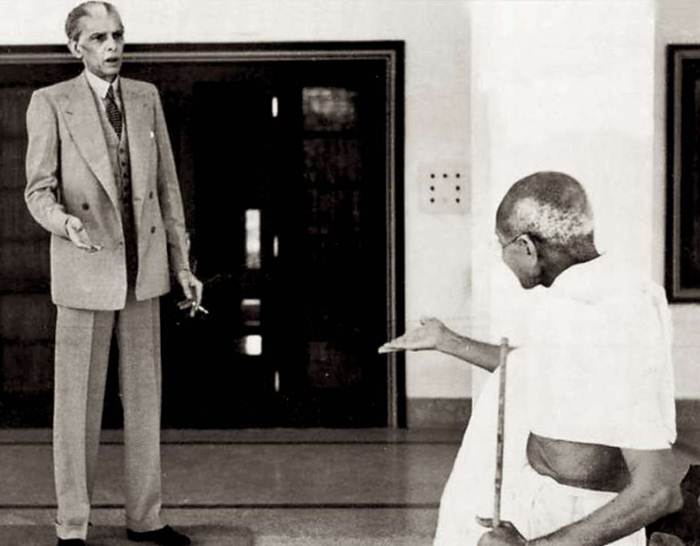 How Gandhi dammed, diverted, and betrayed the mass movement in 1922 and 1931 is too well known to need repetition. How he swung it again into action in 1942 with his “Do or Die” slogan is also public knowledge. But what the masses did not realize in 1942, in spite of their experiences of 1922 and 1931, was that the Mahatma was once again at his old game. What he wanted was what the bourgeoisie wanted, namely, not the overthrow of imperialist power but an advantageous settlement with it.

Gandhi has announced his bargaining terms for a settlement with British imperialism. The most material facts about these terms are that British imperialism is to continue in power in India and Congress is active to support the war of the imperialist bandits. Of what value against these facts is the setting up of a so-called National Government which is to he responsible for the civil administration? Such a government would only be a screen behind which British imperialism could operate more freely and an instrument for drawing the Indian masses behind the imperialist war effort.

What do these terms mean when compared even with the compromisist August resolution of the AICC? In that resolution Congress declared that it was fighting for a free India which would ally itself with the Anglo-American imperialists. Now Gandhi offers a subject India which is to serve the British imperialists. This is not even honorable to compromise. This is abjectly to surrender.

It is also more. To agree to the continuance of British imperialist power in India is to betray the struggle for Indian independence. To agree to support the British imperialist war effort is not only to betray the struggle for Indian independence but actually to help in its suppression. For this war is being fought by the British precisely to hold India and their other colonies in continued slavery. He who helps Britain’s imperialist war helps to fasten the chains of India’s slavery. And, for instance, also of Burma’s slavery. Is India then to fight to reconquer for Britain?

The road of Gandhian compromise is thus not only a road to surrender but also a road to a two-fold betrayal of the Indian masses. It is the road to continued colonial slavery and participation in imperialist butchery. What a startling come-down for the author of the “Quit India” slogan and apostle of peace and non-violence!

How Gandhi dammed, diverted, and betrayed the mass movement in 1922 and 1931 is too well known to need repetition. How he swung it again into action in 1942 with his “Do or Die” slogan is also public knowledge. But what the masses did not realize in 1942, in spite of their experiences of 1922 and 1931, was that the Mahatma was once again at his old game. What he wanted was what the bourgeoisie wanted, namely, not the overthrow of imperialist power but an advantageous settlement with it. This settlement he hoped to get, even as the bourgeoisie calculated on getting, by capitalizing the international difficulties entailed to British imperialism by its repeated defeats in the military field. He hoped, but he could not. Despite a mass upsurge of unprecedented violence, the British refused either to quit India on the Mahatma’s invitation or to compromise with the Mahatma as the bourgeoisie desired. Instead, they put the Mahatma, and with him the entire Congress leadership, into jail on the one hand, and bludgeoned and shot down the attendant mass movement into submission on the other. Meantime, the military situation, and with it the international situation, took a sharp turn in favor of British imperialism. The bourgeoisie thus failed in their move, and the Mahatma had to find a way out for them.

This he is now doing – over the heads of and against the interests of the masses. The Indian bourgeoisie long ago gave up the struggle. They have been cooperating increasingly and intimately with British imperialism these many months. All that the Mahatma has to do is to cover their surrender with a deceptively agreeable formula. This be has found in the treacherous Stalinist slogan of “National Government for National Unity and National Defense,” i.e., a government of the united oppressors of the Indian masses which is to cooperate with British imperialism and Britain’s imperialist war. This is what his present terms precisely mean.

What he will get from British imperialism even these abject terms is extremely improbable. British imperialism is on top today. It has both the Indian bourgeoisie and the Mahatma exactly where it wants them, that is, with the begging bowl at the door of the Viceregal lodge. Will the Mahatma be allowed to enter? Only Wavell knows and – Mr. Rajagopalachari. This notoriously slippery gentleman is back in Gandhi’s most intimate councils. Which is not strange. For it was precisely in order that he might play his present role of go-between for Congress with the Viceroy that he was left out in the August days. Rajaji’s desire for cooperation with British imperialism on any terms or no terms is common knowledge, even as also the hankering of the entire Congress Right Wing for another taste of the sweets of office. This is the man who is Gandhi’s agent in the present negotiations. This is the man who has Gandhi’s ear today. Can we then doubt that even Gandhi’s present abject terms will be reduced further and that the settlement which will come may yet be on the restoration of so-called provincial autonomy and the establishment of a sham “National Government” at the center, with perhaps a sugar-coating of post-war promises.

All this goes to prove the correctness of the position of the Bolshevik-Leninist Party of India that the Congress is a bourgeois organization and can lead the masses not to the overthrow of imperialism but only to a compromise with it. In this, however, there is no reason for honest fighters against imperialism to be disheartened or to despair. For the last word has not been said, nor has the last blow been struck, in the struggle for India’s independence. Even if not again during the war, then assuredly after the war, India, and with it the whole world, will witness an upsurge of the masses the like of which the world has not yet seen. For that upsurge we must prepare patiently from now on. Understanding clearly that it is only under the leadership of the working class that imperialism can be overthrown, the urgent task of the moment is the building of the revolutionary party of the Indian proletariat. We, therefore, appeal to all honest fighters for freedom to join with us in building the revolutionary party of the Indian proletariat.