Skip to content
Library Home » Light Page » Slogan for Pakistan: “Separation of India into Hindu and Moslem States,” rejected by Bolshevik-Leninist Party of India through resolution (1946) 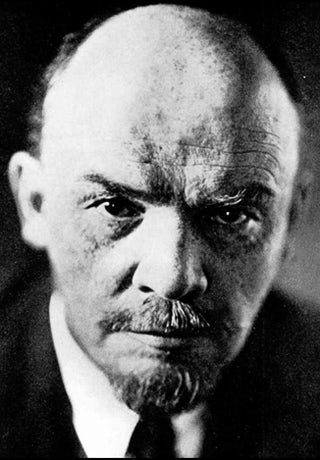 The slogan of the Moslem League for Pakistan: “separation of India into Hindu and Moslem states,” denied by the Bolshevik-Leninist Party of India through Resolution

The Pakistan slogan epitomises the demand of the reactionary Moslem League:

“that geographically contiguous unit… (be)… demarcated into regions which should be so constituted that such readjustments as may be necessary that the areas in which the Moslems are numerically in a majority, as in the North-Western and Eastern zones in India, should be grouped to constitute ‘independent states’ in which the constituent units shall be autonomous and sovereign.”

The slogan is politically reactionary and theoretically false. It is politically reactionary in that it constitutes an effort through an appeal to communal sentiments to divert the rising discontent of the Moslem masses away from its true enemy, namely, British imperialism and its native allies, against the Hindus. It is theoretically false in that it proceeds from the indefensible contention that the Moslems in India constitute a Nation, which is declared to be oppressed (equally false) by a Hindu nation. There is no basis, whether of common historical tradition, language, culture or race, or in respect of geographical and economic factors, for the arising of a distinct Moslem nationality. Religion (together, of course, with any common element of culture which that may entail) is the only unifying factor, and is clearly insufficient, on the basis of all historical experience, to produce any sentiment which can constitute a national consciousness. The slogan of Pakistan is therefore purely demagogic and must be fought not only by laying bare its treacherous purpose but also by exposing the cunning attempt to give to its communalist nature a “nationalist” coloring.

It would be incorrect to believe that the growth in strength of the Moslem League is recent years is due to its support of a demand or demands for National self-determination. The principle reasons for its growth are the following:

The Indian nation consists of various nationalities (e.g., Bengalis, Punjabis, Andheras, Tamilians, Caneras, etc.) who are bound together by common language, culture, historical tradition, etc. British imperialism has drawn its administrative boundaries regardless of these distinctions, with the result that the demands for a re-definition of boundaries and the formation of new provinces, paying a due regard to the existence of these different groupings, has gained in strength in some areas. But nowhere have these demands gone beyond an aspiration for provincial autonomy, thus demonstrating the insignificance of such “separatist tendencies” in relation to the developing national consciousness of the modern Indian nation. The policy of the Bolshevik-Leninist Party of India in relation to these nationalities and their demand is clear. Not only does the Bolshevik-Leninist Party of India stand for a federated India on the basis of these distinct nationalities, but it stands for their right of self-determination.

The Bolshevik-Leninist Party of India must, however, expose the misapplication of the principle of National self-determination by the Communist Party of India, which, while denying the existence of a Moslem Nation in words, recognizes it in fact in its proposed redefinition of provincial boundaries. It proposes to draw the boundaries in the Punjab and Bengal in such a manner as to separate West Punjab and East Bengal, where populations are predominantly Moslem, from East Punjab and West Bengal respectively, which are predominantly Hindu. In the absence of any genuine growth of a West Punjab or East Bengal national consciousness, this attempt to divide, on the basis of mere difference of religion, the territory occupied by two distinct nationalities, namely, the Punjabis and the Bengalis, is dearly a concession to the theory of a Moslem Nation.

Since neither the Moslem League demand for Pakistan, nor the Communist Party of India variation of it constitute genuine national demands, there can be no question of any support to these demands helping to bring the masses into the struggle against British imperialism. On the contrary, such support would only help to draw the masses away from this struggle by helping the Moslem League to divert the rising discontent of the Moslem masses into communal channels.