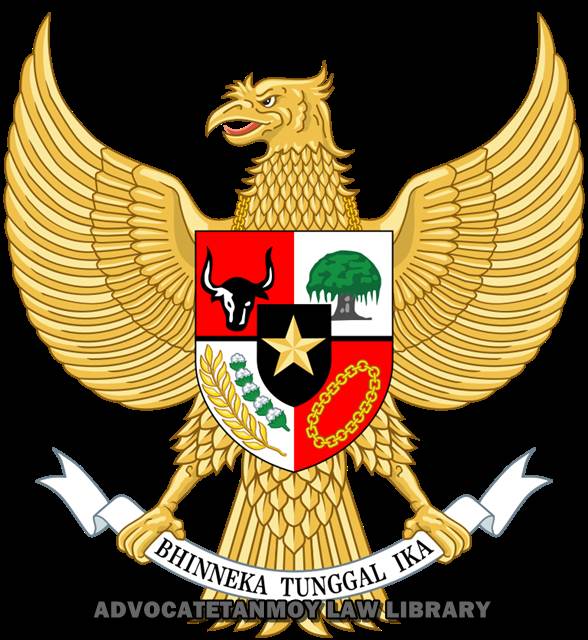 One must first understand what the word Pan-Islamism really means. Once, it had a historical significance and meant that Islam must conquer the whole world, sword in hand, and that this must take place under the leadership of the Caliph, and the Caliph must be of Arabian origin. About 400 years after the death of Mohammed the Muslims split into three great states and thus the Holy War lost its significance for the entire Muslim world.

Fourth Congress of the Communist International

Comrades! After hearing the speeches made by General Zinoviev, General Radek, and other European comrades, and having regard to the importance, for us in the East as well, of the question of the united front, I think that I have to speak up, in the name of the Communist Party of Java, for the thousands of millions of the oppressed peoples of the East.

I have to put a few questions to the two generals. Perhaps General Zinoviev was not thinking about a united front on Java; perhaps our united front is something different. But the decision of the Second Congress of the Communist International means in practice that we have got to form a united front with revolutionary nationalism. Given, as we must recognise, that forming a united front is necessary in our country too, our united front cannot be with Social Democrats but has to be with revolutionary nationalists. But tactics used by the nationalists against imperialism very often differ from ours; take, for instance, the boycott and the Muslim liberation struggle, Pan-Islamism. These are the two forms which I am particularly considering, so I ask the following questions. First, are we to support the national boycott movement or not? Second, are we to support Pan-Islamism, yes or no? If yes, how far are we to go?

The boycott, I must admit, is certainly not a Communist method, but it is one of the sharpest weapons available in the situation of politico-military subjugation in the East. Within the last two years we have seen the success of the Egyptian people’s 1919 boycott against British imperialism, and again of the great Chinese boycott at the end of 1919 and the beginning of 1920. The most recent boycott movement has been in British India. We can take it that in the next few years other forms of boycott will be employed in the East. We know that it is not our method; it is a petty bourgeois method, something that belongs to the nationalist bourgeoisie. We can say more; that the boycott means support for home-grown capitalism; but we have also seen that following on the boycott movement in British India, there are now eighteen hundred leaders languishing in jail, that the boycott has generated a very revolutionary atmosphere, indeed that the boycott movement actually forced the British government to ask Japan for military assistance, in case it should develop into an armed uprising. We also know that the Mahommedan leaders in India – Dr. Kirchief, Hasret Mahoni and the Ali brothers – are in reality nationalists; we had no rising to record when Gandhi was arrested.

But people in India know very well what every revolutionary there knows: that a local rising can only end in defeat, because we have no weapons or other military material there, hence the question of the boycott movement will, now or in the future, become a pressing one for us Communists. Both in India and in Java we are aware that many Communists are inclined to proclaim a boycott movement on Java, perhaps because Communist ideas emanating from Russia have been so long forgotten, or perhaps because there was such an unleashing of Communist feeling in British India as could challenge the whole movement. In any case, we are faced with the question: Are we to support this tactic, yes or no? And how far can we go?

Pan-Islamism is a long story. First of all, I will speak about our experiences in the East Indies where we have cooperated with the Islamists. We have in Java a very large organisation with many very poor peasants, the Sarekat Islam (Islamic League). Between 1912 and 1916 this organisation had one million members, perhaps as many as three or four million. It was a very large popular movement, which arose spontaneously and was very revolutionary.

Until 1921 we collaborated with it. Our party, consisting of 13,000 members, went into this popular movement and carried out propaganda there. In 1921 we succeeded in getting Sarekat Islam to adopt our programme. The Islamic League too agitated in the villages for control of the factories and for the slogan: All power to the poor peasants, all power to the proletarians! So Sarekat Islam made the same propaganda as our Communist Party, only sometimes under another name.

But in 1921 a split occurred as a result of clumsy criticism of the leadership of Sarekat Islam. The government through its agents in Sarekat Islam exploited this split, and it also exploited the decision of the Second Congress of the Communist International: Struggle against Pan-Islamism! What did they say to the simple peasants? They said: See, the Communists not only want to split, they want to destroy your religion! That was too much for a simple Muslim peasant. The peasant thought to himself: I have lost everything in this world, must I lose my heaven as well? That won’t do! This was how the simple Muslims thought. The propagandists among the government agents exploited this very successfully. So we had a split. [Chairman: Your time is up.]

I have come from the East Indies, and travelled for forty days. [Applause.]

The Sarekat-Islamists believe in our propaganda and remain with us in their stomachs, to use a popular expression, but in their hearts they remain with the Sarekat Islam, with their heaven. For heaven is something we cannot give them. Therefore, they boycotted our meetings and we could not carry on propaganda any more.

Since the beginning of last year, we have worked towards re-establishing the link with Sarekat Islam. At our congress in December last year we said that the Muslims in the Caucasus and other countries, who cooperate with the Soviets and struggle against international capitalism, understand their religion better, and we also said that, if they want to make propaganda for their religion, they can do so, though they should not do it in meetings but in the mosques.

We have been asked at public meetings: Are you Muslims – yes or no? Do you believe in God – yes or no? How did we answer this? Yes, I said, when I stand before God I am a Muslim, but when I stand before men I am not a Muslim [loud applause] because God said there are many devils among men! [Loud applause.] Thus we inflicted a defeat on their leaders with the Qur’an in our hands, and at our congress last year we compelled the leaders of the Sarekat Islam, through their own members, to cooperate with us.

When a general strike broke out in March last year, the Muslim workers needed us, as we have the railwaymen under our leadership. The Sarekat Islam leaders said: You want to cooperate with us, so you must help us, too. Of course, we went to them, and said: Yes, your God is powerful, but he has said that on this earth the railwaymen are more powerful! [Loud applause.] The railwaymen are God’s executive committee in this world. [Laughter.]

But this does not settle the question, and if we have another split we may be sure that the government agents will be there again with their Pan-Islamism. So the question of Pan-Islamism is a very immediate one.

But now one must first understand what the word Pan-Islamism really means. Once, it had a historical significance and meant that Islam must conquer the whole world, sword in hand, and that this must take place under the leadership of the Caliph, and the Caliph must be of Arabian origin. About 400 years after the death of Mohammed the Muslims split into three great states and thus the Holy War lost its significance for the entire Muslim world. It thus lost the meaning that, in the name of God, the Caliph and the Muslim religion should conquer the whole world, because the Caliph of Spain said, I am the true Caliph, I must carry the banner, and the Caliph of Egypt said the same, and the Caliph of Baghdad said, I am the real Caliph, since I am from the Arabian tribe of Quraish.

This is a new task for us. Just as we want to support the national struggle, we also want to support the liberation struggle of the very combative, very active 250 million Muslims living under the imperialist powers. Therefore I ask once again: Should we support Pan-Islamism, in this sense?

So I end my speech. (Lively applause).

A Brief History of the Conservative Party By Stuart Ball

A Brief History of the Conservative Party By Stuart Ball