In this manner I give and bequeath all my property to Amynomachus, son of Philocrates of Bate and Timocrates, son of Demetrius of Potamus, to each severally according to the items of the deed of gift registered in the Metroon, on condition that they shall place the garden and all that pertains to it at the disposal of Hermarchus, son of Agemortus, of Mitylene, and the members of his society, and those whom Hermarchus may leave as his successors, to live and study in.

And I entrust to my School in perpetuity the task of aiding Amynomachus and Timocrates and their heirs to preserve to the best of their power the common life in the garden in whatever way is best, and that these may help to maintain the garden in the same way as those to whom our successors in the School may bequeath it.

And let Amynomachus and Timocrates permit Hermarchus and his associates to live in the house in Melite for the lifetime of Hermarchus.

And from the revenues made over by me to Amynomachus and Timocrates let them to the best of their power in consultation with Hermarchus make separate provision for the funeral offerings to my father, mother, and brothers, and for the customary celebration of my birthday on the tenth day of Gamelion in each year, and for the meeting of all my School held every month on the twentieth day to commemorate Metrodorus and myself according to the rules now in force. Let them also join in celebrating the day in Poseideon which commemorates my brothers, and likewise the day in Metageitnion which commemorates Polyaenus, as I have done previously.

And let Amynomachus and Timocrates take care of Epicurus, the son of Metrodorus, and of the son of Polyaenus, so long as they study and live with Hermarchus. Let them likewise provide for he maintenance of Metrodorus’s daughters so long as she is well-ordered and obedient to Hermarchus; and, when she comes of age, give her in marriage to a husband selected by Hermarchus from among the members of the School; and out of the revenues accruing to me let Amynomachus and Timocrates in consultation with Hermarchus give to them as much as they think proper for their maintenance year by year.

Let them make Hermarchus trustee of the funds along with themselves, in order that everything may be done in concert with him, who has grown old with me in philosophy and is left at the head of the School.

And when the girl comes of age, let Amynomachus and Timocrates pay her dowry, taking from the property as much as circumstances allow, subject to the approval of Hermarchus. Let them provide for Nicanor as I have done previously, so that none of those members of the school who have rendered service to me in private life and have shown me kindness in every way and have chosen to grow old with me in the School should, so far as my means go, lack the necessaries of life.

All my books to be given to Hermarchus.

And if anything should happen to Hermarchus before the children of Metrodorus grow up, Amynomachus and Timocrates shall give from the funds bequeathed by me, so far as possible, enough for their several needs, as long as they are well ordered. And let them provide for the rest according to my arrangements; that everything may be carried out, so far as it lies in their power.

Of my slaves I manumit Mys, Nicias, Lycon, and I also give Phaedrium her liberty.

How to frame Charge under CrPC- Model From 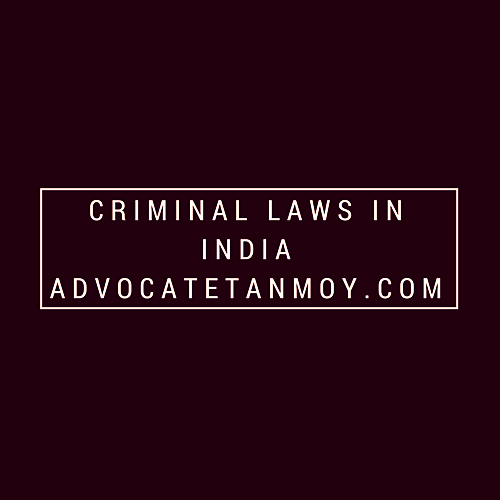 How to frame Charge under CrPC- Model From

Last Will and Testament of William Shakspere-1616

September 29, 2022
Bail can be granted in NDPS cases if in addition of CrPC, Court is satisfied of having reasonable grounds for believing, accused is not guilty of offence & not likely to commit any offence while on bail

Bail can be granted in NDPS cases if in addition of CrPC, Court is satisfied of having reasonable grounds for believing, accused is not guilty of offence & not likely to commit any offence while on bail

September 29, 2022
The Schedule of Narcotic Drugs and Psychotropic Substances Act 2021

The Schedule of Narcotic Drugs and Psychotropic Substances Act 2021

September 29, 2022
A probationer who suppresses his involvement in a criminal case, in his personal information to employer, is unfit to be continued as a probationer (SC-held 26/09/2022)