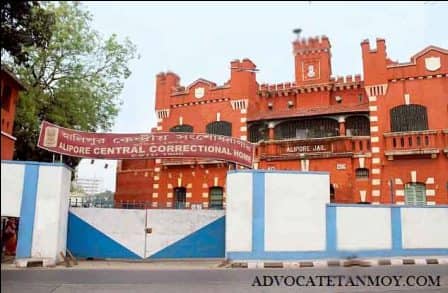 Provided that any member or supporter or any person having any involvement with any organisation which is either prescribed or is an organisation or similar organisation under any law for the time being in force, shall not be classified as political prisoner.

Provided that a movement or public agitation by any communal, regional, linguistic, religious, racial, sectional or caste group sponsored or cared on against any other like group shall not be deemed to be a political or democratic movement:

25. Division I and Division II prisoners. – (1) A prisoner, whether convicted or under-trial, who by his social status, education and habits of life is found to have been accustomed to a superior mode of living, shall be classified as a Division I prisoner unless-

(a) he is found to be a habitual offender; or
(b) he is convicted of-
(i) an offence involving grave cruelty or grave moral turpitude, or
(ii) an offence involving illegal hoarding, storage, movement or disposal of any essential commodity, or
(iii) an economic offence of grave social consequences, or
(iv) an offence of cheating, forgery, outraging modesty of any female, rape or sodomy.
(2) All political prisoners and political detenus referred to in sub-section (2) of section 27 shall be entitled to all the privileges and amenities of Division I prisoners and also to such other privileges and amenities as may be prescribed in addition to the amenities referred to in sub-section (4) of section 35 and section 105.
(3) All prisoners, other than political prisoners or political detenue or those classified as Division I prisoners, shall be classified as Division II prisoners.