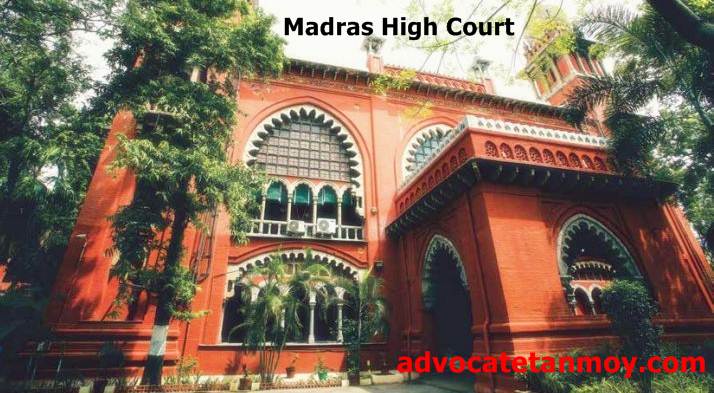 IN THE HIGH COURT OF JUDICATURE AT MADRAS

For Petitioners : Mr. B. Kumar, Senior Counsel
for Mr.J.Nandagopal

2. The order under challenge reads as follows:

‘Heard both sides & perusal records. The petitioner in this application has suo moto filed this petition without seeking prior permission of this court and even without filing a petition seeking permission to assist the prosecution while so the respondents have filed their counter in this regard. The petitioner have approached the Hon’ble High Court had in its order dated 29.4.2010 accordingly directed the Lower court to proceed as contemplated under section 319 Cr.P.C. Keeping in mind, the above direction and also the endorsement of the APP who would not object to the adding of parties this petition is allowed in the interest of justice. The petitioner counsels are advised to seek prior permission of court in future instances facilitating the court to render justice properly.

‘3. On completion of investigation, the first respondent has thought it fit to file a charge sheet for offence under Section 498(A) IPC as against the petitioner’s husband. If in the course of trial, it appears to the lower Court that offences have been committed by others, it will be open to the lower Court to proceed as contemplated under Section 319 Cr.P.C. With the above observations, the Criminal Original Petition is dismissed.’

5. The contention of learned senior counsel for petitioner is to the effect that first respondent/de facto complainant ought not to have been permitted to move a petition in C.M.P.No.2423 of 2010 in C.C.No.161 of 2009. The proper course would have been for the first respondent/de facto complainant to have moved an application to assist the prosecution in keeping with Section 301 Cr.P.C. Learned senior counsel submitted that even when such course is adopted, it would not be open to first respondent/de facto complainant to move any petition u/s.319 Cr.P.C. on her own. Amidst several decisions, learned senior counsel referred to decisions of the Apex Court in Brindaban Das and others v. State of West Bengal [2009 (13) SCC 329] and Hardeep Singh and others v. State of Punjab and others [2014 (3) SCC 92]. Touching upon the decision in K.Anbazhagan v. Selvi J Jayalalitha and another [2015 (6) SCC 156] wherein the Apex Court found no merits in an interlocutory application seeking intervention in pending appeals of accused towards assisting the Special Public Prosecutor, learned senior counsel also referred to judgment of the High Court of Kerala in reported in 2001 Crl. LJ 4370. In Brindaban Das’s case, the Apex Court has observed thus:

’25. The common thread in most matters where the use of discretion is in issue is that in the exercise of such discretion each case has to be considered on its own set of facts and circumstances. In matters relating to invocation of powers under Section 319, the court is not merely required to take note of the fact that the name of a person who has not been named as an accused in the FIR has surfaced during the trial, but the court is also required to consider whether such evidence would be sufficient to convict the person being summoned. Since issuance of summons under Section 319 CrPC entails a de novo trial and a large number of witnesses may have been examined and their re-examination could prejudice the prosecution and delay the trial, the trial court has to exercise such discretion with great care and perspicacity.

26. Although a somewhat discordant note was struck in Rajendra Singh case[(2007) 7 SCC 378 : (2007) 3 SCC (Cri) 375] the views expressed in the majority of decisions of this Court on the point subscribe to the view that the power under Section 319 CrPC is to be invoked, not as a matter of course, but in circumstances where the invocation of such power is imperative to meet the ends of justice.

27. The fulcrum on which the invocation of Section 319 CrPC rests is whether the summoning of persons other than the named accused would make such a difference to the prosecution as would enable it not only to prove its case but to also secure the conviction of the persons summoned.’ In Hardeep Singh’s case, the Apex Court has observed thus:

’98. Power under Section 319 CrPC is a discretionary and an extraordinary power. It is to be exercised sparingly and only in those cases where the circumstances of the case so warrant. It is not to be exercised because the Magistrate or the Sessions Judge is of the opinion that some other person may also be guilty of committing that offence. Only where strong and cogent evidence occurs against a person from the evidence led before the court that such power should be exercised and not in a casual and cavalier manner.

99. Thus, we hold that though only a prima facie case is to be established from the evidence led before the court, not necessarily tested on the anvil of cross-examination, it requires much stronger evidence than mere probability of his complicity. The test that has to be applied is one which is more than prima facie case as exercised at the time of framing of charge, but short of satisfaction to an extent that the evidence, if goes unrebutted, would lead to conviction. In the absence of such satisfaction, the court should refrain from exercising power under Section 319 CrPC. In Section 319 CrPC the purpose of providing if it appears from the evidence that any person not being the accused has committed any offence is clear from the words for which such person could be tried together with the accused. The words used are not for which such person could be convicted. There is, therefore, no scope for the court acting under Section 319 CrPC to form any opinion as to the guilt of the accused.’ In decision reported in 2001 Crl. LJ 4370, the High Court of Kerala has held thus:

‘4. It is Section 301 of the Code of Criminal Procedure that enables the Court to allow a counsel to assist the Public Prosecutor. It is useful to quote the said provision here :

’14. Power under Section 319 of the Code can be exercised by the Court suo motu or on an application by someone including accused already before it, if it is satisfied that any person other than accused has committed an offence and he is to be tried together with the accused. The power is discretionary and such discretion must be exercised judicially having regard to the facts and circumstances of the case. Undisputedly, it is an extraordinary power which is conferred on the Court and should be used very sparingly and only if compelling reasons exist for taking action against a person against whom action had not been taken earlier. The word ”evidence” in Section 319 contemplates evidence of witnesses given in Court. Under sub-section (4)(1)(b) of the aforesaid provision, it is specifically made clear that it will be presumed that newly added person had been an accused person when the Court took cognizance of the offence upon which the inquiry or trial was commenced. That would show that by virtue of sub-section (4)(1)(b) a legal fiction is created that cognizance would be presumed to have been taken so far as newly added accused is concerned. (See Lok Ram v. Nihal Singh and another (AIR 2006 SC 1892)).’ Learned counsel submitted that the order of the Court below did not call for interference. Learned counsel also submitted that Court below was empowered to exercise powers u/s.319 Cr.P.C. suo motu.

7. This Court has also heard learned Additional Public Prosecutor on the above submissions.

8. This Court may straight away observe that Court below in passing the order under challenge was, on a bare reading of the order of this Court passed in Crl.O.P.No.10180 of 2010 dated 29.04.2010, upon a duty to inform that it appeared to it that offences stood committed by others. Court below also was in error in passing orders merely because the Additional Public Prosecutor attached to such Court has made an endorsement that he has no objection. Such reasons alone would suffice remittal of the matter to Court below.

9. Following the rationale of judgments of Supreme Court extracted herein above and expressing our agreement with the view informed in the decision reported in 2001 Crl. LJ 4370, this Court would direct as follows:

(ii)It would be open to first respondent/de facto complainant to move a petition u/s.301 Cr.P.C. to assist the prosecution. Such application shall be considered by Court below on merits.

(iv)If and when Court below decides to exercise powers u/s.319 Cr.P.C. on petition made before it or suo motu, it would be duty bound to follow the procedure informed therein.

The Criminal Revision Case is disposed of with the above direction. Connected miscellaneous petition is closed.