“Article 48   All materials that prove the facts of a case shall be evidence. Evidence shall include:

The authenticity of evidence shall be confirmed before it can be admitted as the basis for making a decision on a verdict.”[Criminal Procedure Law of the People’s Republic of China]

In Sukhar v. State of U.P., (1999) 9 SCC 507, Supreme court has explained the provisions of Section 6 of the Evidence Act, 1872 observing that it is an exception to the general rule whereunder the hearsay evidence becomes admissible. However, such evidence must be almost contemporaneous with the acts and there should not be an interval which would allow fabrication. The statements sought to be admitted, therefore, as forming part of res gestae, must have been made contemporaneously with the acts or immediately thereafter. The essence of the doctrine is that a fact which, though not in issue, is so connected with the fact in issue “as to form part of the same transaction” that it becomes relevant by itself.

5. The Character of a person concerned or connected with the facts

Due to Judicial notice or  Legal Presumption, few matters are exempted from proof although they may be the subject matter of the above five materials within ss 6-51.

The above facts are called Evidence under section 3 ⇑

Through some concrete materials, such as

a) by written documents ( Original or Copied or Certified )

b) by electronic/ digital material ( Original  with Certification)

c) any other concrete materials ( the actual material )

by the method of Examination under oath in a court of law.

A breaking of the above chain resulted in Disprove / not prove / dismissal of the Plaint or Acquittal of the accused.

For indirect evidence to prove a fact, following standard has been adopted by judicial fiction:-

(a) IN GENERAL. The court must decide any preliminary question about whether a witness is qualified, a privilege exists, or evidence is admissible. In so deciding, the court is not bound by evidence rules, except those on privilege.

(b) RELEVANCE THAT DEPENDS ON A FACT. When the relevance of evidence depends on whether a fact exists, proof must be introduced sufficient to support a finding that the fact does exist. The court may admit the proposed evidence on the condition that the proof be introduced later.

(e) EVIDENCE RELEVANT TO WEIGHT AND CREDIBILITY. This rule does not limit a party’s right to introduce before the jury evidence that is relevant to the weight or credibility of other evidence.

Rule 301. Presumptions in Civil Cases Generally
In a civil case, unless a federal statute or these rules provide otherwise, the party against whom a presumption is directed has the burden of producing evidence to rebut the presumption. But this rule does not shift the burden of persuasion, which remains
on the party who had it originally.
(As amended Apr. 26, 2011, eff. Dec. 1, 2011.)

Rule 401. Test for Relevant Evidence
Evidence is relevant if:
(a) it has any tendency to make a fact more or less probable than it would be without the evidence; and

Rule 402. General Admissibility of Relevant Evidence  Relevant evidence is admissible unless any of the following provides otherwise:
• the United States Constitution;
• a federal statute;
• these rules; or
• other rules prescribed by the Supreme Court.
Irrelevant evidence is not admissible.
(As amended Apr. 26, 2011, eff. Dec. 1, 2011.)

Rule 403. Excluding Relevant Evidence for Prejudice, Confusion, Waste of Time, or Other Reasons.

The court may exclude relevant evidence if its probative value is substantially   outweighed by a danger of one or more of the following:

STATEMENT. ‘‘Statement’’ means a person’s oral assertion, written assertion, or nonverbal conduct, if the person intended it as an assertion.

DECLARANT. ‘‘Declarant’’ means the person who made the statement.

HEARSAY. ‘‘Hearsay’’ means a statement that:
(1) the declarant does not make while testifying at the current trial or hearing; and
(2) a party offers in evidence to prove the truth of the matter asserted in the statement.

(a) IN GENERAL. To satisfy the requirement of authenticating or identifying an item of evidence, the proponent must produce evidence sufficient to support a finding that the item is what the proponent claims it is.
(b) EXAMPLES. The following are examples only—not a complete list—of evidence that satisfies the requirement:
(1) Testimony of a Witness with Knowledge. Testimony that an item is what it is claimed to be.
(2) Nonexpert Opinion About Handwriting. A nonexpert’s opinion that handwriting is genuine, based on a familiarity with it that was not acquired for the current litigation.

(4) Distinctive Characteristics and the Like. The appearance, contents, substance, internal patterns, or other distinctive characteristics of the item, taken together with all the circumstances.

(5) Opinion About a Voice. An opinion identifying a person’s voice—whether heard firsthand or through mechanical or electronic transmission or recording—based on hearing the voice at any time under circumstances that connect it with the alleged
speaker.

(6) Evidence About a Telephone Conversation. For a telephone conversation, evidence that a call was made to the number assigned at the time to:
(A) a particular person, if circumstances, including self-identification, show that the person answering was the one called; or
(B) a particular business, if the call was made to a business   and the call related to business reasonably transacted over the telephone.

(7) Evidence About Public Records. Evidence that:
(A) a document was recorded or filed in a public office as authorized by law; or
(B) a purported public record or statement is from the office where items of this kind are kept.

(8) Evidence About Ancient Documents or Data Compilations.
For a document or data compilation, evidence that it:
(A) is in a condition that creates no suspicion about its authenticity;
(B) was in a place where, if authentic, it would likely be;
and
(C) is at least 20 years old when offered.

(9) Evidence About a Process or System. Evidence describing a process or system and showing that it produces an accurate result.

(10) Methods Provided by a Statute or Rule. Any method of authentication or identification allowed by a federal statute or a rule prescribed by the Supreme Court.
(As amended Apr. 26, 2011, eff. Dec. 1, 2011.) 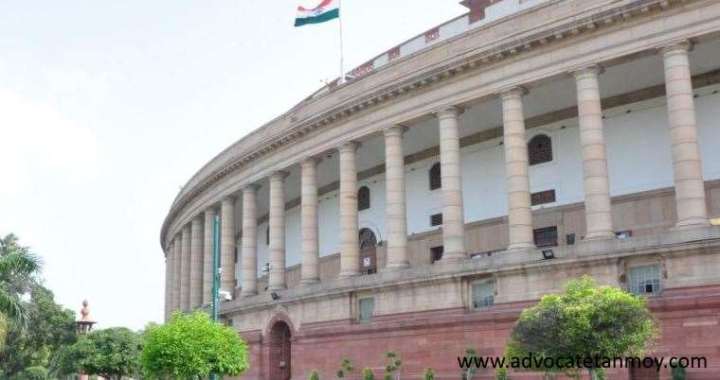 SECTION 420 IPC-In the absence of any allegation of inducement by the accused Rekha Jain, she cannot be prosecuted for the offence under Section 420 of IPC.

CRIMINAL REVIEW PETITION DISMISSED-SEC 302 IPC-We have gone through the grounds raised in the Review Petition and do not find any error apparent on record to justify interference.

Imposing restrictions on the rights of persons who are unvaccinated is totally unwarranted as there is no basis for discriminating against unvaccinated persons. Vaccinated people are also prone to infection

Whether, a person against whom a single FIR/charge sheet is filed for any of the anti-social activities mentioned in section 2(b) of the Gangsters Act, 1986 can be prosecuted under the Gangsters Act. In other words, whether a single crime committed by a ‘Gangster’ is sufficient to apply the Gangsters Act on such members of a ‘Gang’

At the stage of granting bail the Court is not required to enter into a detailed analysis of the evidence in the case. Such an exercise may be undertaken at the stage of trial.

The victim’s right to participate in criminal trial and his/her right to know the status of investigation, and take necessary steps, or to be heard at every crucial stage of the criminal proceedings, including at the time of grant or cancellation of bail, were also duly recognised by the Committee.

The provisions of the Act contemplate filing of an application under Section 12 to initiate the proceedings before the concerned Magistrate. After hearing both sides and after taking into account the material on record, the Magistrate may pass an appropriate order under Section 12 of the Act. It is only the breach of such order which constitutes an offence as is clear from Section 31 of the Act.

Deadline to file writ petition is extended 150 days from the date of lower court judgment due to Covid-19: US Supreme Court