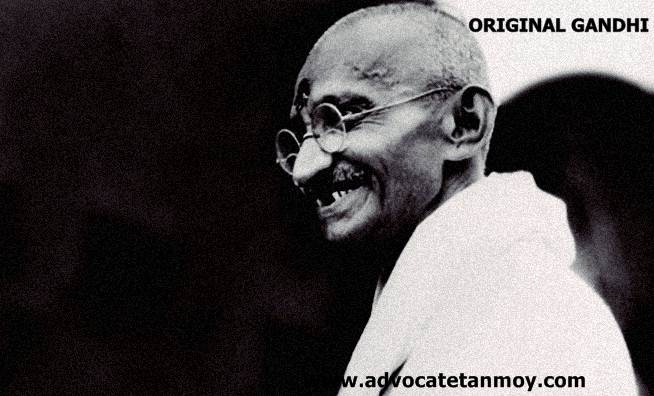 Whereas the British War Cabinet proposals by Sir Stafford Cripps have shown up British imperialism in its nakedness as never before, the All-India Congress Committee has come to the following conclusions:

The committee is of the opinion that Britain is incapable of defending India. It is natural that whatever she does is for her own defense. There is the eternal conflict between Indian and British interest. It follows that their notions of defense would also differ.

The British Government has no trust in India’s political parties. The Indian Army has been maintained up till now mainly to hold India in subjugation. It has been completely segregated from the general population, who can in no sense regard it as their own. This policy of mistrust still continues, and is the reason why national defense is not entrusted to India’s elected representatives.

Japan’s quarrel is not with India. She is warring against the British Empire. India’s participation in the war has not been with the consent of the representatives of the Indian people. It was purely a British act. If India were freed, her first step would probably be to negotiate with Japan.

The Congress is of the opinion that if the British withdrew from India, India would be able to defend herself in the event of the Japanese, or any aggressor, attacking India.

The committee is, therefore, of the opinion that the British should withdraw from India. The plea that they should remain in India for the protection of the Indian princes is wholly untenable. It is an additional proof of their determination to maintain their hold over India. The princes need have no fear from an unarmed India.

The question of majority and minority is the creation of the British Government, and would disappear on their withdrawal.

For all these reasons, the committee appeals to Britain, for the sake of her own safety, for the sake of India’s safety and for the cause of world peace, to let go her hold on India, even if she does not give up all her Asiatic and African possessions.

This committee desires to assure the Japanese Government and people that India bears no enmity, either toward Japan or toward any other nation. India only desires freedom from all alien domination. But in this fight for freedom the committee is of the opinion that India, while welcoming universal sympathy, does not stand in need of foreign military aid.

India will attain her freedom through her non-violent strength, and will retain it likewise. Therefore, the committee hopes that Japan will not have any designs on India. But if Japan attacks India, and Britain makes no response to its appeal, the committee will expect all those who look to the Congress for guidance to offer complete non-violent non-cooperation to the Japanese forces, and not to render any assistance to them. It is no part of the duty of those who are attacked to render any assistance to the attacker. It is their duty to offer complete non-cooperation.

It is not difficult to understand the simple principle of nonviolent non-cooperation:

First, we may not bend the knee to an aggressor, or obey any of his orders.

Second, we may not look to him for any favors nor fall to his bribes, but we may not bear him any malice nor wish him ill.

Third, if he wishes to take possession of our fields we will refuse to give them up, even if we have to die in an effort to resist him.

Fourth, if he is attacked by disease, or is dying of thirst and seeks our aid, we may not refuse it.

Fifth, in such places where British and Japanese forces are fighting, our non-cooperation will be fruitless and unnecessary.

Neither may we assist the British in any active manner. If we can judge from their recent attitude, the British Government do not need any help from us beyond our non-interference. They desire our help only as slaves.

It is not necessary for the committee to make a clear declaration in regard to a scorched-earth policy. If, in spite of our nonviolence, any part of the country falls into Japanese hands, we may not destroy our crops or water supply, etc., if only because it will be our endeavor to regain them. The destruction of war material is another matter, and may, under certain circumstances, be a military necessity. But it can never be the Congress policy to destroy what belongs, or is of use, to the masses.

Whilst non-cooperation against the Japanese forces will necessarily be limited to a comparatively small number, and must succeed if it is complete and genuine, true building up of swaraj [self-government] consists in the millions of India wholeheartedly working for a constructive program. Without it, the whole nation cannot rise from its age-long torpor.

Whether the British remain or not, it is our duty always to wipe out our unemployment, to bridge the gulf between the rich and the poor, to banish communal strife, to exorcise the demon of untouchability, to reform the Dacoits [armed bandits] and save the people from them. If scores of people do not take a living interest in this nation-building work, freedom must remain a dream and unattainable by either non-violence or violence.

Foreign soldiers: The committee is of the opinion that it is harmful to India’s interests, and dangerous to the cause of India’s freedom, to introduce foreign soldiers in India. It therefore appeals to the British Government to remove these foreign legions, and henceforth stop further introduction. It is a crying shame to bring foreign troops in, in spite of India’s inexhaustible man power, and it is proof of the immorality that British imperialism is.

Note: Jawharlal Nehru opposed the Gandhi draft and proposed more co-operation tho the British and deployment of  British troops over Indian sipoy.