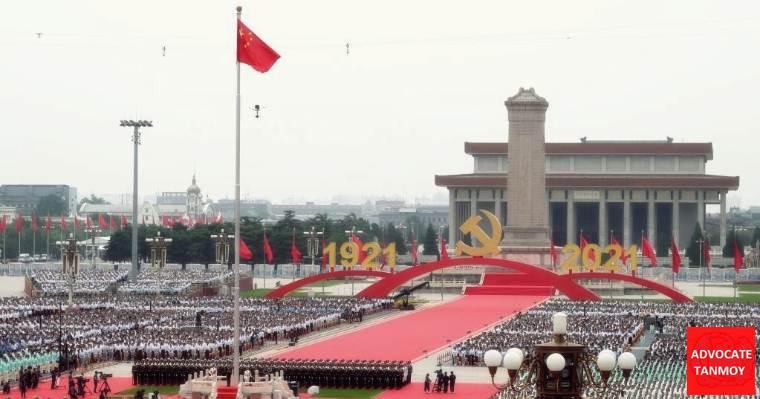 At the outset, we would like to congratulate H.E. Ambassador Federico VILLEGAS of Argentina on the assumption of the Presidency of the Sixth Conference of States Parties to the ATT. Although the COVID-19 hinders us from meeting in person, our good will to enhance exchange and cooperation remains attainable. Thanks to the creative idea of conducting the Conference through written procedure as proposed by Mr. President, this Conference is enabled to proceed. The Secretariat also made considerate arrangements for the Conference in spite of all difficulties. We would like to express our sincere appreciation for all the above efforts.

As is known to all, China has acceded to the ATT. H.E. Ambassador Zhang Jun, Permanent Representative of China to the United Nations, deposited China’s Instrument of Accession to the ATT with the UN Secretary-General António Guterres on 6 July 2020. The ATT shall enter into force for China on 4 October 2020. China is proud to officially become one member of the family of States Parties to the ATT.

China’s accession to the ATT is a significant step of its active participation in the global governance on arms trade and in safeguarding international and regional peace and stability. This testifies to China’s determination and sincerity in upholding multilateralism and forging a community with a shared future for mankind.

China has always taken a prudent and responsible approach and exercised strict control on its arms export. A full-fledged policy and legislative system of export control on conventional arms, which is in line with the purpose and objective of the ATT and meets the requirements of the ATT, has been established. First, China’s arms export policy strictly follows three principles: i) conducive to the legitimate self-defense capability of the recipient country; ii) not undermine peace, security and stability of the region concerned and the world as a whole; iii) non-interference in the internal affairs of the recipient country. Second, China has promulgated a series of domestic laws and regulations, and exercises strict and effective control on all arms exports accordingly. Those include the Law on the Administration of Firearms, the Regulation on Administration of Military Products Exports and its annexed Military Products Export Control List and etc. Third. China conducts arms trade with sovereign states only, and requires the end-user and end-use certificates by the recipient governments, with commitments not to transfer the arms imported from China to any third party without prior consent of the Chinese Government. It is worth pointing out that China does not permit arms exports to non-state actors, which goes beyond the requirements of the ATT and demonstrates China’s strong sense of responsibility.

China attaches great importance to the humanitarian concerns caused by conventional arms. We support the international community to take all necessary measures to regulate international arms trade and to combat illicit transfer of conventional arms. In light of this, China participated in the negotiation process in an active and constructive manner, and made important contributions to the conclusion of the ATT. China participated as an observer in all the five Conferences of the States Parties and closely followed and learned from the good experience and practices of all parties. In addition, China faithfully fulfills its international commitments and strictly abides by the UN Security Council resolutions on arms embargo. China actively supports and implements the UN Programme of Action on Illicit Small Arms and Light Weapons (SALW) and its International Instrument to Enable States to Identify and Trace Illicit SALW in a Timely and Reliable Manner and the Firearms Protocol. China continually submits its reports to the UN Register of Conventional Arms on an annual basis. These efforts contribute to the strengthening of control and increase of transparency on conventional arms transfer.

As Shakespeare said, where of what’s past is prologue. The accession to the ATT opens a new chapter for China’s in-depth participation in the global governance on arms trade. As a State Party to the ATT. China will firmly support the purpose and objective of the ATT and faithfully fulfill its obligations. China stands ready to make joint efforts with all States Parties, through experience sharing and close coordination and cooperation, to regulate conventional arms trade and combat illicit transfer of arms, in a bid to make greater contributions to maintaining international and regional peace and stability and relieving the humanitarian concerns caused by the conventional arms.

We note with concern that, as the COVID-19 is threatening human security, the problems caused by conventional arms should not be ignored. In particular, driven by the political ‘virus’ from some country, geopolitical tensions are rising, regional armed conflicts and turmoils flare up, terrorism, extremism and organized transnational crimes is yet to be eradicated. As a result, the risks of illicit transfer and diversion of conventional arms are still increasing. Some country, by abusing arms trade as a political tool, flagrantly interferes in the internal affairs of other countries and pursues hegemony and bullying policy, which undermines international and regional peace and stability. Some country, out of its own interest, constantly breaks its commitments through relaxing its arms export control policies and even revoking its signature to the ATT, which undercuts multilateral efforts in regulating conventional arms trade by the international community. Some other countries excessively purchase arms and even spend much more on military equipment than medical equipment to fight the world common enemy COVID-19, which undermines the mutual trust and sense of security among states.

As the Secretary-General António Guterres stated in his new disarmament agenda entitled “Securing Our Common Future”, the conventional arms control is a part of “disarmament that saves lives”. Reducing illicit arms flow is also listed as an important goal in the 2030 Agenda for Sustainable Development. As States Parties to the ATT and firm supporters of multilateralism, we should play a greater role in achieving the above mentioned goals and objectives, with a view to contributing to global governance on security. To this end, China would like to propose the following:

First, enhance the universality and effectiveness of the ATT. As States Parties, we should implement the ATT in a faithful, comprehensive and effective manner, and realize the purpose and objective of the ATT through concrete actions. We should carry out international cooperation and assistance, especially to help developing countries build their capacity to implement the ATT. We should enhance outreach activities to attract more countries to join the ATT, so as to gain more support for combating illicit arms transfers.

Second, enhance the interaction and coordination among relevant mechanisms on conventional arms control in the framework of the UN. We should firmly uphold multilateralism and support the UN to play a central role in conventional arms control. Coordination,cooperation and information sharing should be promoted between the ATT and other mechanisms including the UN Register of Conventional Arms so as to form an architecture of mutual complement, reinforcement and synergy.

Third, enhance sense of responsibility in arms trade. To build a community with a shared future for mankind, we should embrace a new vision of common, comprehensive, cooperative and sustainable security, foster a peaceful and stable international and regional security environment, and minimize the sufferings caused by wars and arms. We should abide by the principle of impartiality and justice, accommodate the legitimate rights and concerns of all parties without discrimination and double standards, and solve the problem in all its aspects caused by conventional arms by addressing both symptoms and root causes. In particular, China calls upon all states not to provide arms to non-state actors, stop interfering in the internal affairs of sovereign states through arms sales, and earnestly abide by the purposes and principles of the UN Charter.

As a strong defender of world peace and firm supporter of international order, China is ready to join hands with all parties, including the States Parties to the ATT, to consolidate consensus and make greater contributions to the effective implementation of the ATT, to the establishment of a fair and regulated international order of arms trade and to safeguarding the international and regional peace and stability.