India 2047- Towards Rule of Islam in India

The Bihar Police on Wednesday (July 14, 2022 ) said it had busted “a potential terror module” with links to extremist outfit Popular Front of India (PFI) and arrested two accused from the Phulwari Sharif area of Patna for indulging in anti-India activities. Senior police officer Manish Kumar said an excerpt from an eight-page-long document the accused shared titled ‘India vision 2047’ talks about “subjugating coward majority community and bringing back the glory”.

“For this one needs to repeatedly remind Muslim community of its grievances and establish grievances where there is none. All our frontal organisations including Party should be focussed on expanding and recruiting new members. Simultaneously, we have to establish an Islamic identity among everyone beyond the concept of being an Indian. We would begin to recruit and train members into our PE department wherein they should be given training on attacking and defensive techniques, use of swords, rods, and other weapons“

Manish Kumar said that a retired police officer of Jharkhand, Mohammad Jallauddin, and a former member of Students’ Islamic Movement of India (SIMI), who is also a current member of PFI and Social Democratic Party of India (SDPI), Athar Parvez, have been arrested. 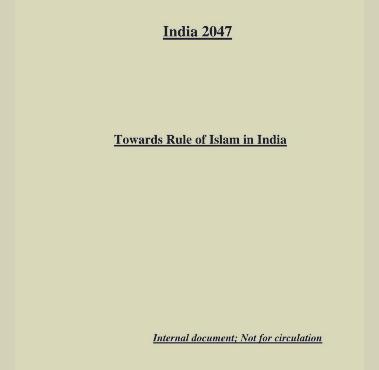 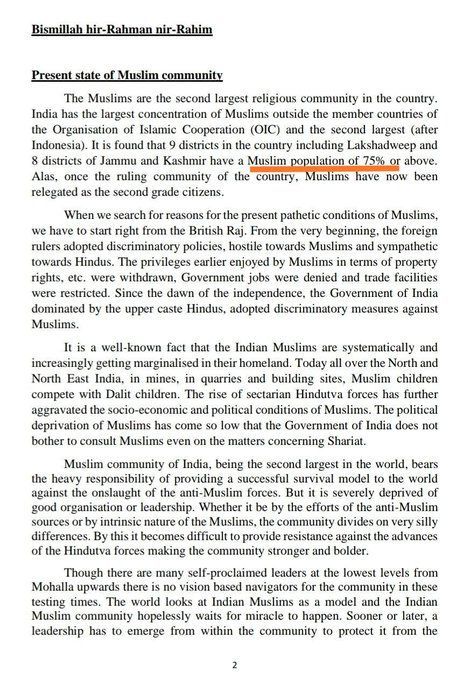 “From all the cadres who are being given PE, those with talent are to be spotted and recruited to be given advanced training on weapons including fire-arms and explosives. Meantime, Party should utilise concepts such as ‘National Flag’, ‘Constitution’ and ‘Ambedkar’ to shield the real intention of establishing an Islamic rule and to reach out to SCs/STs/OBCs. We would reach out to executive and judiciary and also strive to infiltrate our members in these at all levels in order to gather information and get favourable outcome in matters of our interest. Further, liasoning is to be established with foreign Islamic countries for funding and other help”. 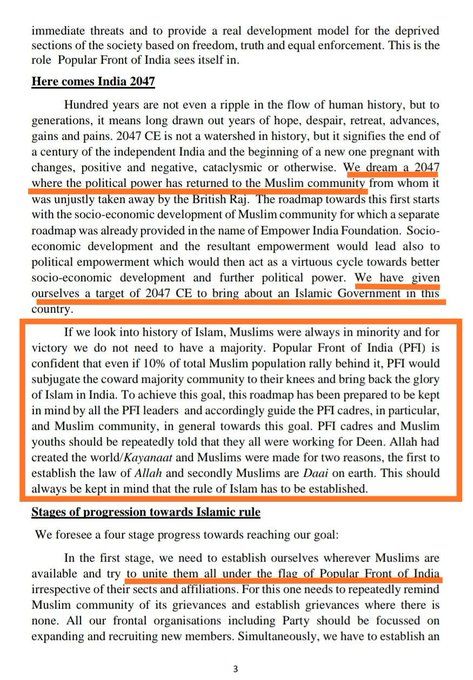 “The PE department should project its strength through the discipline of its members, uniformed marches and intervening physically in the defence of the community wherever required and attacking anyone against its interest. Stockpiling of weapons and explosives should be done in this stage” 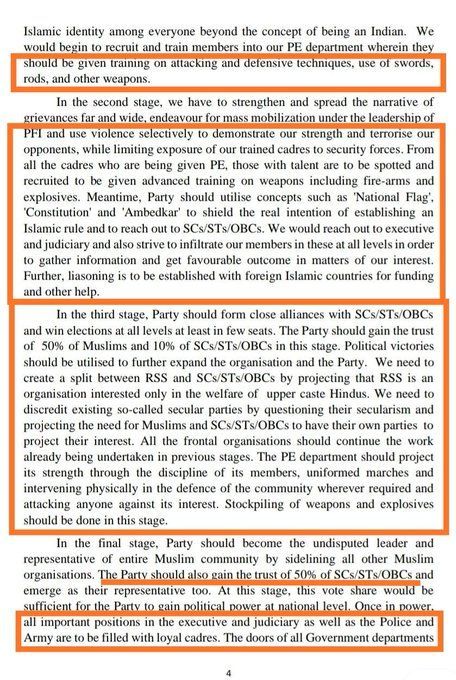 “Once in power, all important positions in the executive and judiciary, as well as the Police and Army, are to be filled with loyal cadres. The doors of all Government departments including Army and Police would be opened to be filled with loyal Muslims and SCs/STs/OBCs to correct the past injustice and imbalances in their recruitment” 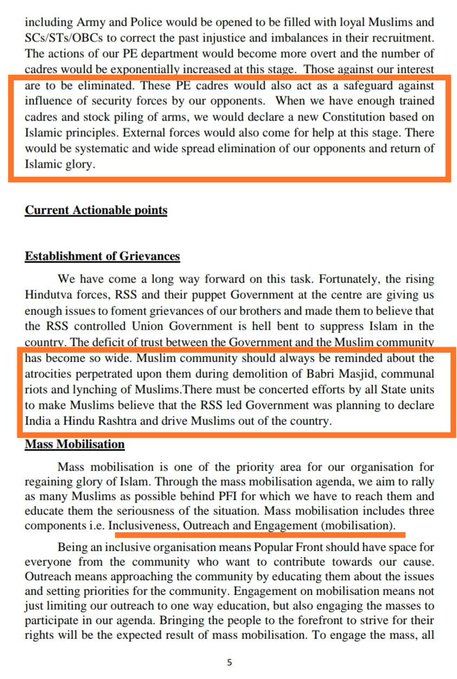 “The actions of our PE department would become more overt and the number of cadres would be exponentially increased at this stage. Those against our interest are to be eliminated. These PE cadres would also act as a safeguard against influence of security forces by our opponents”,

“When we have enough trained cadres and stockpiling of arms, we would declare a new Constitution based on Islamic principles. External forces would also come for help at this stage. There would be systematic and widespread elimination of our opponents and return of Islamic glory” 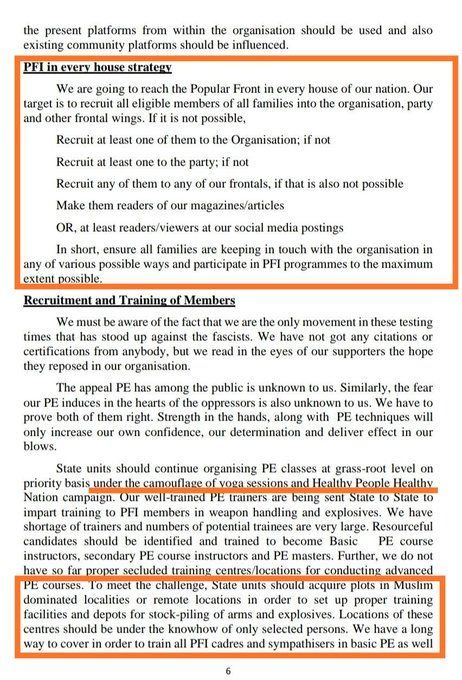 “Our well-trained PE trainers are being sent State to State to impart training to PFI members in weapon handling and explosives. We have a shortage of trainers and the numbers of potential trainees are very large. Resourceful candidates should be identified and trained to become Basic PE course instructors, secondary PE course instructors and PE masters. Further, we do not have so far proper secluded training centres/locations for conducting advanced PE courses. To meet the challenge, State units should acquire plots in Muslim-dominated localities or remote locations in order to set up proper training facilities and depots for stock-piling of arms and explosives. Locations of these centres should be under the knowhow of only selected persons. We have a long way to cover in order to train all PFI cadres and sympathisers in basic PE as well as build our own dedicated army of trained PE cadres before we can achieve our goal”

“It is imperative to collect and keep ready detailed information about the personal details of Hindu/RSS leaders and locations of their offices before the stage of final show down comes. The information wings at various levels should keenly follow up and update their data-base. Tracking their activities would also help us in responding against their atrocities. Keeping in view the importance of information wing in the roadmap of our final goal, the working of the wing at all levels needs to be strengthened and sharpened” 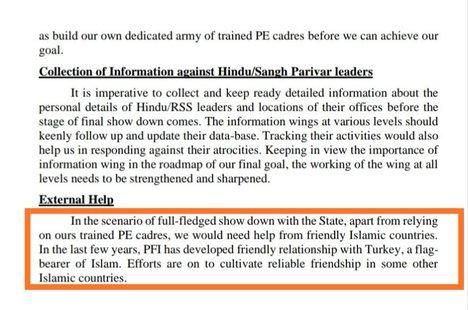 “In the scenario of full-fledged show down with the State, apart from relying on ours trained PE cadres, we would need help from friendly Islamic countries. In the last few years, PFI has developed friendly relationship with Turkey, a flag- bearer of Islam. Efforts are on to cultivate reliable friendship in some other Islamic countries”