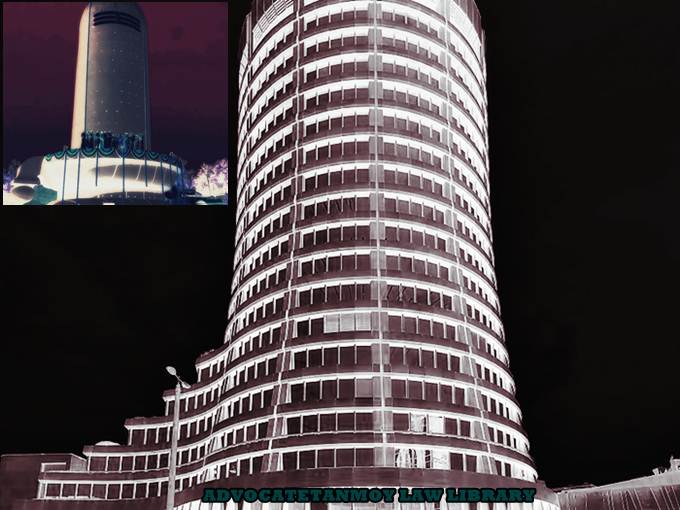 BIS is an international organisation which fosters cooperation among central banks and other agencies in pursuit of financial and monetary stability. It has no supervisory or regulatory functions or responsibilities. Its banking services are provided exclusively to central banks, monetary authorities and international financial institutions. The BIS does not accept deposits from, or provide banking services or advice to, private individuals or companies. The Basel regulatory framework comprises global minimum standards, which are particularly relevant for large banks with cross-border operations. A common, global standard provides certainty and clarity from jurisdiction to jurisdiction. [ BIS Source]

The Basel Committee’s Charter states that the Committee “expects full implementation of its standards by BCBS members and their internationally active banks. However, BCBS standards constitute minimum requirements and BCBS members may decide to go beyond them.” Our Charter further notes that BCBS “members are committed to – implementing and applying BCBS standards in their domestic jurisdictions within the pre-defined time frame established by the Committee” and to “undergo and participate in BCBS reviews to assess the consistency and effectiveness of domestic rules and supervisory practices in relation to BCBS standards.” Minimum standards serve to level the international playing field and to promote global stability. If minimum standards are not agreed and implemented, the risk is that (i) jurisdictions will engage in a race-to-the bottom in terms of regulatory standards or (ii) there will be less reliance on global rules, leading to fragmentation. Both outcomes create inefficiencies, complexity, and risks and are therefore undesirable for both banks and regulators. That is why it is so important to agree and implement harmonised global standards for global businesses.

It is an established principle that jurisdictions are free to adopt a standard that exceeds the Basel minimum standards. This is driven by local circumstances and conditions such as a country’s or a jurisdiction’s:

Over the years, the Basel Committee has published a broad package of revisions to the global capital framework. This work was carried out via a careful process of public consultation – in some cases, twice over – and extensive studies to assess the quantitative impact of the proposals. These assessments involved a painstaking analysis of large data volumes, and the testing of multiple scenarios.

What has been done and where do we stand? Based on feedback from the consultative process and the results of our impact studies, the Committee has largely completed the technical work needed to revise the framework. There is one piece of unfinished business and that relates to the calibration of the output floor. Before I discuss the floor, let me give you a sense of what has already been done:

The Internal Ratings-Based (IRB) approach: based on lessons learned from the crisis, safeguards have been added for banks that use their internal models for estimating regulatory capital. For example, tighter restrictions have been adopted for input estimates, such as probability of default and loss-given-default; and the removal or restricted use of IRB for certain portfolios for which scant loss data are available;

Operational risk: here, the option for a bank to use its internal models – the Advanced Measurement Approaches – has been eliminated and replaced with a simpler standardised method;

Output floor design: the Committee has reviewed and consulted on various ways of designing the output floor. This includes a very granular “exposure class/type” floor, based on individual exposures such as mortgages. We also considered a floor based on “risk types” such as credit risk and market risk. In the end, the Committee has chosen the simplest form – an “aggregate” output floor. This is simple and straightforward – a bank’s measure of risk-weighted assets (using internal models) can in aggregate be no lower than, say, 70-75% of the risk-weighted assets that would result if the bank had applied the standardised approaches to determine its risk-weighted assets.

And this question – the calibration of the aggregate output floor – is the final piece of the jigsaw. Why a floor? As estimating regulatory capital for unexpected losses is imprecise, a floor serves to guard against excessively optimistic assessments of risk, which may arise due to a lack of stress in historical data or incentives for banks to underestimate their risk-weighted assets when using internal models. A further reason is to even up the playing field by limiting the differences in capital requirements between banks using internal models and those of banks using standardised approaches. This principle is not new. A capital floor exists in the current regulatory framework and the 80% calibration was reaffirmed by the Basel Committee in 2009. Given, however, that the existing floor references the Basel I risk-weighting system, it clearly needed to be updated to accord with the most up-to-date standardised approaches.

The calibration of the output floor is a difficult question because of concerns related to its impact. Even though the use of models for regulatory capital purposes related to credit risk has only been in place since around 2008 and despite the 80% floor that is part of the Basel II capital framework, the floor will likely have an impact on some banks. To acknowledge such differences in the readiness of banks across jurisdictions to meet new rules, the Committee has in the past allowed time for banks and supervisors to meet the implementation timelines, along with transitional arrangements to meet the new standards. Recall that in 2010, the Committee adopted 2019 as the date by which the Basel III requirements needed to be fully phased in. I suspect a similar approach will be taken for this set of revisions. Given the wide range of revisions, some time is needed to allow jurisdictions to conduct their legislative and rule-writing processes, and for banks to implement the changes in their systems and processes.

The Committee is also considering a reasonable phase-in for some elements of the revised standards. When it comes to the start date for the new rules and the adoption of any transitional and phase-in arrangements, it is important to note that these are solely at the discretion of the national supervisor. Early adoption of the rules is always an option. Some say generous transitional arrangements do not offer the intended gradual, steady glidepath for adopting a new standard because the market expects implementation right away.

While there is an element of truth to this statement, we do observe banks and jurisdictions continuing to use the phase-in arrangements provided for in the 2010 Basel III rules. In 2010, there was an immediate and pressing need to recapitalise certain banks, which could have been reflected in the market reaction. Today, the Basel III reforms are more structural in nature, and lend themselves naturally to a transitional arrangement. I might add that there could be a dark side to long transitional arrangements. The more time that is granted to phase in a regulatory standard, the more time there is for dilution or backtracking.

A case in point may be the leverage ratio. The Basel framework’s 3% minimum leverage ratio is not yet officially a Pillar 1 requirement and there continues to be much discussion about its impact and ways to mute its impact. A point of particular concern among stakeholders has been the ratio’s treatment of initial margin received by a bank for derivatives it clears on behalf of clients. The Committee acknowledged this issue in the consultative document published last year, and we will continue to monitor the impact of the treatment going forward. The Committee will, of course, remain mindful of the impact and consequences of the treatment, but will ultimately be driven by our interest in ensuring that banks maintain levels of capital sufficient to support their key role in providing clearing services.

Everyone wants to know when the Committee will be able to come to an agreement on the Basel III post-crisis reforms including the output floor. Given the very broad support for reaching an agreement from all stakeholders, including the banking industry, I am hopeful that we can finalise the reforms in the near future.

So now that the Committee has moved closer to completing the capital framework, what are its priorities and what is on its work programme? BIS will continue to monitor and analyse the impact of the reforms as well as the effectiveness of the new standards. In a sense, a significant part of our work programme can be described as “back to basics” as the Committee is focused on (i) helping to ensure better, more effective supervision and (ii) improving supervisory cooperation and communication. For example, the Committee plans to provide insight into developments in fintech and to explore the implications for banks’ business models and supervisors.

BIS policy-related work, which has dominated the agenda for the last 10 years, will be more narrowly concentrated on a small number of initiatives (eg provisioning); responses to frequently asked questions; and, importantly, gauging the impact of the new standards on bank business models and behaviour. This includes identifying regulatory arbitrage. For example, the Committee on the Global Financial System (CGFS) has observed that repo markets have recently been characterised by volatilities in prices and volumes over quarter- and year-ends. This is likely a reflection of incentives that banks have to “window-dress” their balance sheets at period-ends by downsizing their balance sheets, or improving their composition. These incentives include regulatory constraints such as the leverage ratio.4 As part of our ongoing monitoring of the Basel framework, we will pay particular attention to regulatory arbitrage and determine the appropriate response, be it regulatory or supervisory.[William Coen, Secretary General of the Basel Committee,  25/05/ 2017]

RBI Scale Based Regulation: A Revised Regulatory Framework for NBFCs-22/10/2021