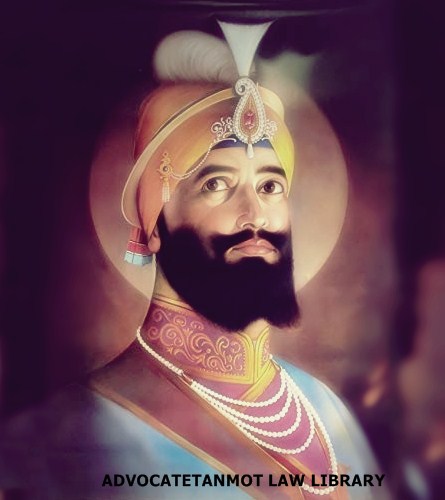 The Lord is perfection personified. He is eternal and manifests Himself through His miracles. He is generous in granting His bounties. He is merciful and delivers us from this world.

He grants peace and security and is always merciful in forgiving us for our sins. He holds our hand and guides us. He is provider of our sustenance and charms everyone.

He is the king of kings who is guiding us all the time. He showers his benevolence on all. He is without colour, incomparable and formless.

He possesses no material things nor has He an army. He is merciful and grants all the pleasures of the heavens.

The Pure one is above everything in this universe. His glory is all pervasive. He bestows us with gifts. He is present everywhere.

The merciful Lord grants us all the gifts and meets the needs of every one throughout the world.

He is Lord of the universe. He is merciful and provides sustenance to all. His charm and grandeur cannot be matched by anyone.

The Lord is intelligence personified. He protects the poor and the helpless and destroys the wicked.

The Virtuous One gives justice to all. Nothing is hidden from Him. He is the inspiration of Koran.

The all-knowing Lord seeks the learned. He is aware of all happenings. He is present everywhere.

He has the knowledge of everything in this universe. All cosmos is moving as per His command

The great Lord is regulating everything in the world about which He has complete knowledge.

[Aurangzeb] I have no trust in your oaths anymore. (You have written that) God is one and that He is witness (between us).

I don’t have trust even equivalent to a drop (of water) in your generals (who came to me with oaths on Koran that I will be given safe passage out of Anandgarh Fort). They were all telling lies

If anyone trusts (you) on your oath on Koran, that person is bound to be doomed in the end.

If anyone comes under the shadow of Huma bird, no one can lay its hands on it-not even a brave crow. Aurangzeb! I am under the protective shadow of Lord Himself, who has always saved me; you could not cause any harm to my person or even twist my single hair-

If a man sits behind the back of a lion, neither anyone can catch him nor a goat or a sheep or a deer can even pass nearby Aurangzeb! I stand in shadow of the Almighty, and your men who are like goats, sheep and deer could not harm me in spite of your deceptions

If I had deceived by taking oath on Koran like the way you have done, I would not have brought my dear fighters to this position of disadvantage (by bringing them out of Anandgarh fort)

IN VERSES FROM 19 TO 41 BELOW, GURUJI GIVES AN ACCOUNT OF THE BATTLE OF CHAMKAUR FOUGHT ON 22 DECEMBER 1704 AND THE REASONS THAT FORCED HIM TO TAKE UP THE SWORD AGAINST THE MUGHAL FORCES AND HILL CHIEFS

What can forty hungry men do, when suddenly ten-lac strong army pounces upon them?

That the promise breakers launched a surprise attack with their swords and arrows and guns.

It was out of sheer helplessness that I came in the battle field. (Having thus decided) I came with all the battle plans and munitions.

When all the stratagem employed for (solving) a problem are exhausted, (only) then taking your hand to the sword is legitimate.

This is the most quoted verse of Zafarnama. 300 years ago, Guru Gobind Singh Ji had laid down the circumstances when a person or a nation can pick up the sword against the other.

What trust can I have on your oath on Koran? Otherwise, you tell why should I have taken this path (of taking up the sword)?

I do not know that this person (Aurangzeb) is cunning like a fox. Otherwise I would never have come to this place i.e. Chamkaur (by vacating Anandgarh on the false oaths of Aurangzeb and his men).

If any person believes an oath on Koran, he should neither be tied (arrested) nor killed.

Any person who came out from behind the wall, took one arrow (on his body) and was submerged in blood.

Any person who did not come out from (behind) that wall, did not take an arrow and (hence) did not become miserable (die).

When I saw that Nahar had come out from behind the wall for battle, he immediately took one of my arrows on himself (and died)

Many Afghans who used to tell tall stories (about their bravery) also ran away from the battlefield.

That large number of other afgans came for the battle like a flood of arrows and bullets According to some transltations “one more Afgaan came for the battle”. This is erroneous view since one person cannot be compared to a “flood”.

They launched many a brave attacks. (However) some of these (attacks) were intelligently launched but some were sheer madness.

They launched many attacks and they took many wounds upon themselves. They killed two (of my) men and also gave their own lives as well.

Alas! If I had seen his (Khawaja’s) face, I would have sent him to the other world just with one arrow.

Many arrows and bullets rained and the battlefield turned red (with blood) like the red coloured laaleh ( tulip ) flowers.

Guru Ji had just 40 fighters with him when the battle started. If the balltle field had turned red with blood, most of the dead must be from the Mughal forces. This speaks about the fighting capabilities, courage and bravery of the defenders of Chamkaur.

The whizzing of arrows and vibrations of the strings of bows produced huge commotions. And cries of “hai-hu” were coming from the whole battle field.

And finally what could the bravery of my forty warriors do in battle when countless of these (Afghans) fell upon them. There is a hint here that by the evening, most of the defenders had attained martyrdom. Why did’nt the enemy finish the job? The only
plausible explanation can be that they were under the impression that there was still a large force inside the garhi. As the night fell, they must have retired to take on the remainder forces in the morning.

When the lamp of the world (the Sun) had covered itself (had set), the king of the night (the darkness) came out with all its glory (it became pitch dark).

God becomes guide of any person who trusts someone’s oath taken on the holy Koran.
Aurangzeb! God helped me in coming out of Chamkaur Garhi because I had trusted your earlier oaths that were based on holy Koran

Stop torturing the weak and the timid with your military might. Do not oppress these hapless people on (false)oaths

When God Almighty is one’s friend, what can the enemy do even if he sends hundreds of men upon him.

A thousand times let an enemy assault him, And yet touch not even a hair on his head-111

September 29, 2022
Bail can be granted in NDPS cases if in addition of CrPC, Court is satisfied of having reasonable grounds for believing, accused is not guilty of offence & not likely to commit any offence while on bail

Bail can be granted in NDPS cases if in addition of CrPC, Court is satisfied of having reasonable grounds for believing, accused is not guilty of offence & not likely to commit any offence while on bail

September 29, 2022
The Schedule of Narcotic Drugs and Psychotropic Substances Act 2021

The Schedule of Narcotic Drugs and Psychotropic Substances Act 2021

September 29, 2022
A probationer who suppresses his involvement in a criminal case, in his personal information to employer, is unfit to be continued as a probationer (SC-held 26/09/2022)