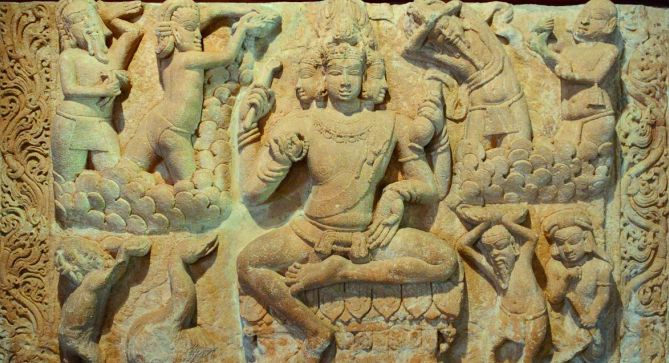 Cicero : “We are all servants of the laws in order that we may be free.”[Omnes legum servi sumus ut liberi esse possumus]

Socrates: “Four things belong to a judge: to hear courteously, to answer wisely, to  consider soberly, and to decide impartially.”

Justice is administered by human institutions; they can be fallible, but they should never be perverse.

The fundamental concept of judicial independence came into being in England and Wales in 1701 with the enactment of the Act of Settlement.

“An independent, impartial judiciary; the presumption of innocence; the right to a fair and public trial without undue delay; a rational and proportionate approach to punishment; a strong and independent legal profession; strict protection of confidential communications between lawyer and client; equality of all before the law; these are all fundamental principles of the Rule of Law. Accordingly, arbitrary arrests; secret trials; indefinite detention without trial; cruel or degrading treatment or punishment; intimidation or corruption in the electoral process, are all unacceptable. The Rule of Law is the foundation of a civilised society. It establishes a transparent process accessible and equal to all. It ensures adherence to principles that both liberate and protect. The IBA calls upon all countries to respect these fundamental principles. It also calls upon its members to speak out in support of the Rule of Law within their respective communities”[ International Bar Association 2009 ]

“More than a matter of due process, the rule of law is an enabler of justice and development. The three notions are interdependent; when realized, they are mutually reinforcing. For IDLO, as much as a question of laws and procedure, the rule of law is a culture and daily practice. It is inseparable from equality, from access to justice and education, from access to health and the protection of the most vulnerable. It is crucial for the viability of communities and nations, and for the environment that sustains them”. [International Development Law Organization (IDLO)]

From rule of law to democratic institutions

Saving the Court from a Judge

How the judiciary is governed

Litigants in Person – need for practice guidelines in India

Judicial oath in in England

“I, _________ , do swear by Almighty God that I will well and truly serve our Sovereign Lady Queen Elizabeth the Second in the office of ________ , and I will do right to all manner of people after the laws and usages of this realm, without fear or favour, affection or ill will.”